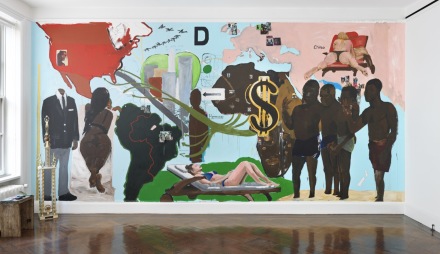 Los Angeles-based artist Henry Taylor touches down at Blum & Poe in New York this month, bringing with him a body of new portraits and large-scale compositions under the title NIECE COUSIN KIN LOOK HOW LONG IT’S BEEN, his sixth exhibition with the gallery. 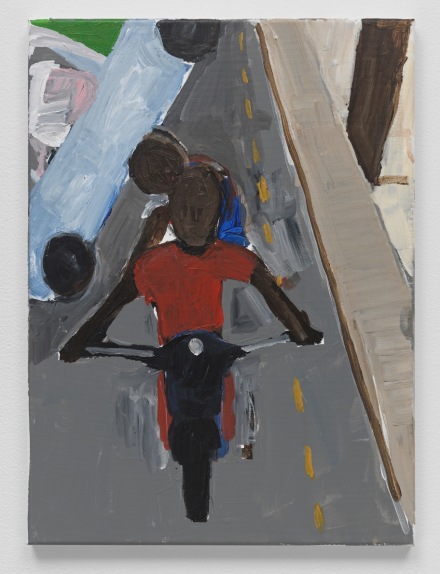 A relentless and inventive painter, Taylor’s body of work has explored a broad range of the African-American experience, charting quiet moments, private lives and public iconographies.  His portraits in particular run through an expansive range of subjects and spaces, depicting African-American sports stars, icons of Black history, or the patients of a state mental hospital.  For this new body of work, the artist returns to the act of portraiture, painting a range of subjects in frank, forward-facing depictions that seem to burst with life and expressive capacity. Each painting is another piece in an ever-growing visual collage reflecting a cultural community to which Taylor belongs, images that remain thinly veiled psychic snapshots of the artist’s path to mapping his own identity and the splintering fragments of a collective identity. 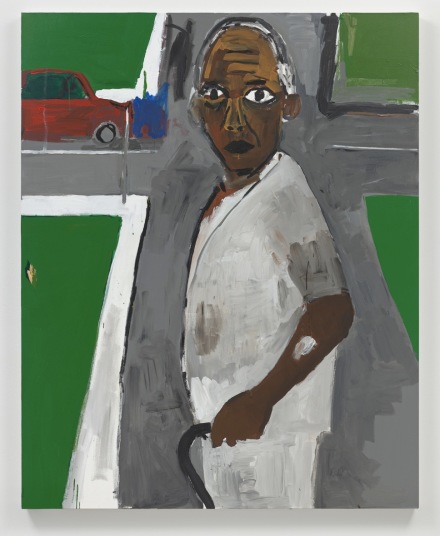 Consistent with Taylor’s oeuvre, these new paintings weave together visual references spanning contemporary politics, American social adversity, and the faces of his milieu articulated through the language of portraiture. However, this latest series includes many works created during the artist’s recent travels in Senegal, compositions hatched from contemplations on the African diaspora, colonialism, slavery, the odds of diverging routes of struggle, and also on unity and seeing oneself in the face of a stranger.  In one, he paints the photographer Deana Lawson, depicting her holding her camera and resting pensively on the grass, a sort of meta-portrait that hints at her own modes of portraiture while working back inwards towards a shared aesthetic sensibility.  By contrast, his portraits of characters in the city of Dakar showcase a series of vantage points and ideologies, a mapping of the world from his perspective and creative capacities. 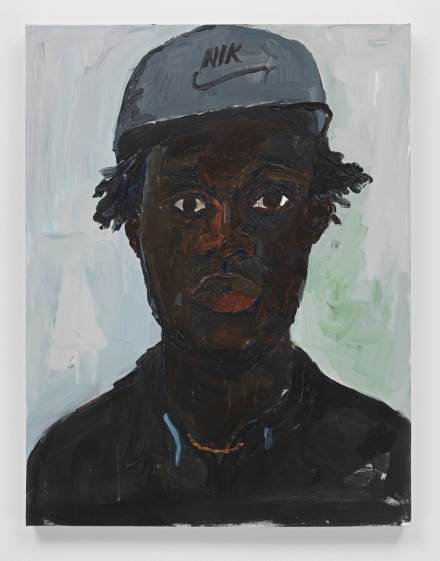 In one massive piece, he seems to emphasize this point, depicting a range of cultural frameworks on black identity alongside a global map, showcasing shifting identities and images, spaces and times, values and visions.  This sense of the world presented anew through Taylor’s works makes for a striking, vibrant body of work, a kaleidoscopic retelling of the artist’s life and travels, his sights and experiences, all unified by the movements of his hands across the canvas, and his feet across the surface of the earth.

This entry was posted on Tuesday, October 29th, 2019 at 2:48 pm and is filed under Art News, Featured Post, Show. You can follow any responses to this entry through the RSS 2.0 feed. You can leave a response, or trackback from your own site.