New York – “Songs in the Dark” at Tanya Bonakdar Gallery Through February 20th, 2020 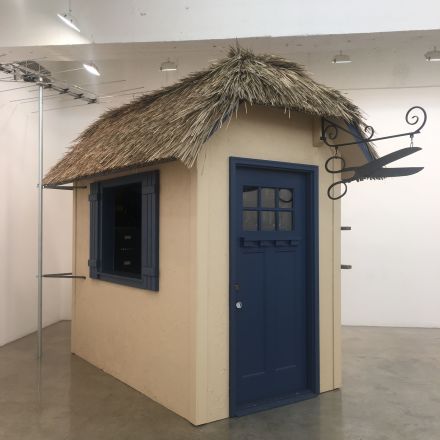 The year 2020 is being heralded as a crucial moment for society, a moment to respond to massive political upheaval and environmental crises. With immigration on the rise around the globe, and social tensions inflamed over crises of leadership at the heads of global superpowers, the world is at a crossroads. This concept sits at the core of Songs in the Dark, a group show currently on at Tanya Bonakdar that illustrates how artists deal with the world at its tipping point; how artists find beauty in the darkness of their own times, how they straddle the personal and political in their work, and how they make art as activism. 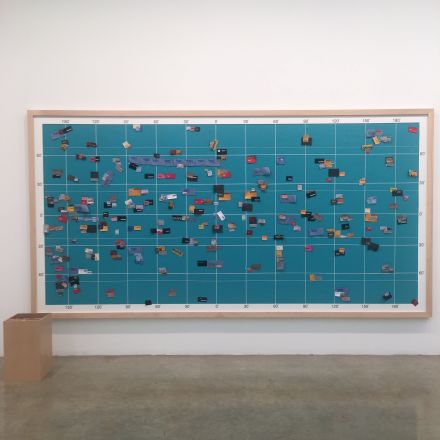 Drawing its title from a Bertolt Brecht quote, the show stakes its thesis on the idea that artists cannot ignore or stand outside of the current political context, that, try or fail, their work is bound up in the political situation in which it is created. As the U.S. embarks on another election year, and the final notes of Brexit sound out, the show explores the myriad and complex ways in which gallery artists react and respond to the issues and anxieties of today’s reality. Bringing forth dialogue and a heightened perspective on contemporaneity, artists in the exhibition make work that advocates for social justice, community engagement and environmental activism, as a reflection of their own ideas and beliefs. 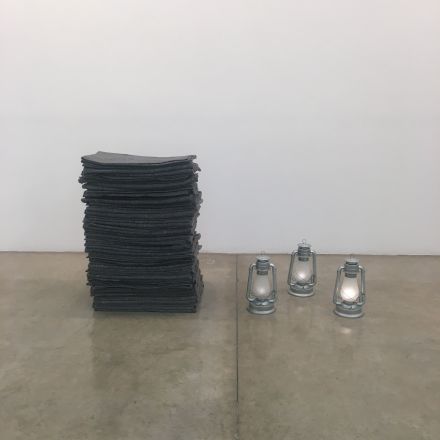 There are numerous concepts and ideologies in play throughout the show, drawing on the artists’ respective interests and conceptual bents. There’s the work of Ernesto Neto, who draws deeply on the foreboding effects of climate change in the coming shadow of massive forest fires devastating the Amazon. Tracing how these crises resonate in the human soul, his sculpture ties the idea of shelter and nature to deep bodily memories and spiritual resonances, tying the body ever closer to the earth. By contrast, Hannah Starkey was inspired by the recent social climate catalyzed by the #MeToo movement, paired with her personal responsibility of raising two teenage daughters. Documenting the 2017 Women’s March in London, her crisp and colorful photographs are filled with protest posters and determined faces, suggesting a dark undertone to the challenges we face.   Other work delves into more concrete questions of social responsibility and human empathy.  Rivane Neuenschwander offers a space with the same intention, that of connection, with his interactive work Watchword. Faced with an abstracted version of the world map, viewers are invited to use internet images words from protest signs embroidered on swatches of fabric to create phrases and slogans. These texts can be pinned to the viewer’s own clothes or to the map itself, creating a patchwork of personal and political messages. Neuenschwander uses a familiar personal craft learned from her mother to explore the spaces between personal and political, and invites viewers to do the same. 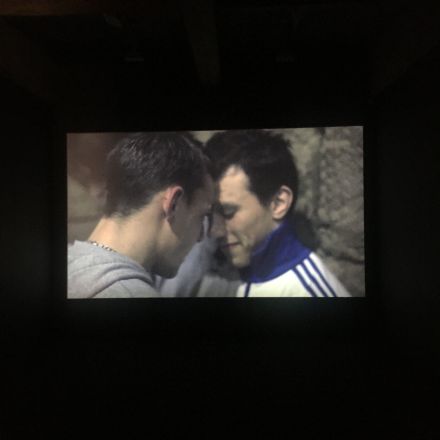 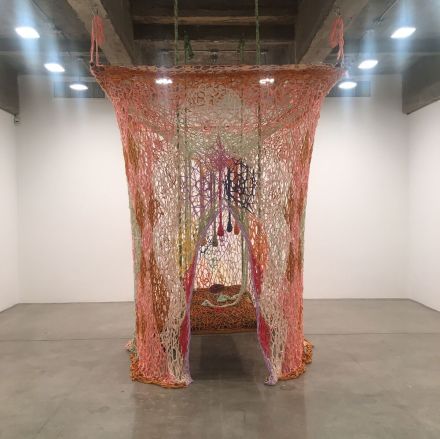 Meschac Gaba’s Memoriale aux Refugies Noyees – Memorial for Drowned Refugees, is a solemn monument drawing on a Beninese ritual performed when someone drowns at sea, placing objects on the seashore to provide guidance and warmth to the spirit of the lost community member, a set of lanterns and folded felt blankets.  The work hints at the unspeakable tragedy of people who lost their lives.   Highlighting the vulnerable status of migrants and refugees, who are often decried as economic burdens rather than viewed as victims of unspeakable circumstance, Gaba’s work uses very few formal means to produce the mute melancholy of memory and to invite compassion. Mat Collishaw’s photo series Last Meals on Death Row takes on an analogous approach.  Depicting the last meals requested by Texas inmates on death row, the artist’s dramatic baroque lighting and somber subject matter presents a cruel irony – meals offered as sustenance at the moment of extinction.The dramatic lighting and setting combined with simple meals, such as milk and cereal, create a connection with the viewer, invited to reflect on capital punishment. The choice of representing last meals as still life paintings highlights the gravity of the situation, while depicting something as simple and easy to relate to as food.  Each of these memorials for the incarcerated elicit a human connection as we are faced with the morality of capital punishment.

This sense of humanity and empathy, of the way we understand and respond to the prompts of responsibility and social connection, sit at the core of the show, and offer a striking point of reflection in a politically fraught time. While some artists will choose allegories, some others might be very raw and direct; the feelings could be those of hope and encouragement as well as despair and loss, a shared sense of urgency that ensures singing will carry on, but asks just how the singing might be done.

This entry was posted on Wednesday, January 22nd, 2020 at 12:40 pm and is filed under Art News, Featured Post, Show. You can follow any responses to this entry through the RSS 2.0 feed. You can leave a response, or trackback from your own site.