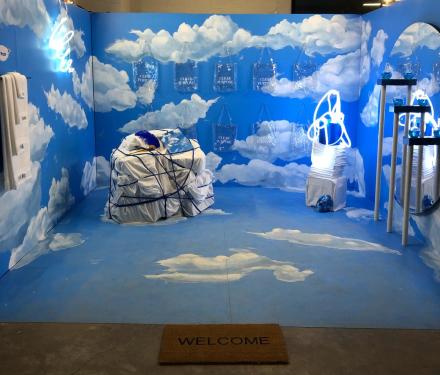 Continuing its own intriguing and honed perspective on booth its surroundings in Los Angeles and on the model of the art fair, SPRING/BREAK has once again touched down in the City of Angels, launching a supplementary event that offers an ample supply of artists and galleries presenting in a concept that stands as a stark contrast to the traditional fair model. 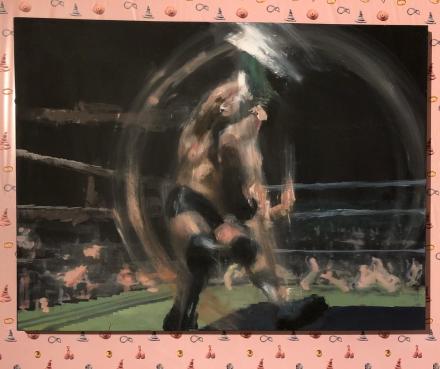 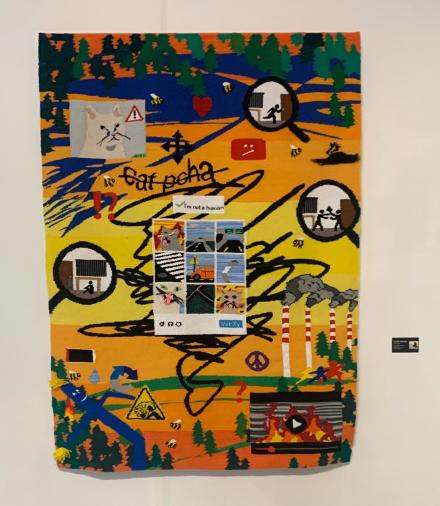 The fair has come a long way in under a decade, growing by leaps and bounds in the past several years as its annual Armory Week production in New York has filled impressively-scaled spaces with curatorial projects and proposals, while allowing galleries and artists to put on singular shows and concept-based projects.  For its second year in Los Angeles, the fair takes this same concept back to Skylight Row DTLA, a series of former market stalls at the edge of the Fashion District and Downtown.  The event is a bit light compared to the dizzying scale and ambitious unifying ideas in New York, but nevertheless, its selection and curation keep the spirit of the original fair in a tightly-organized version to the city. 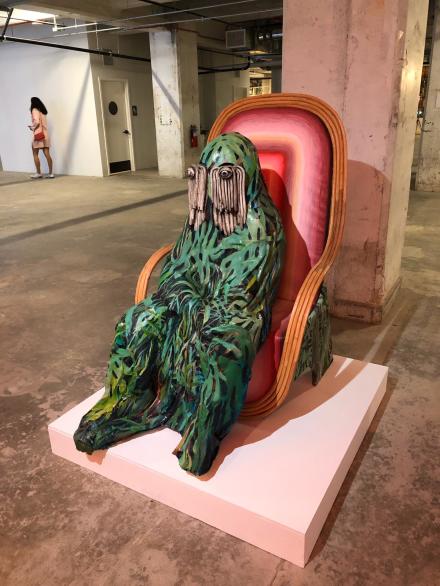 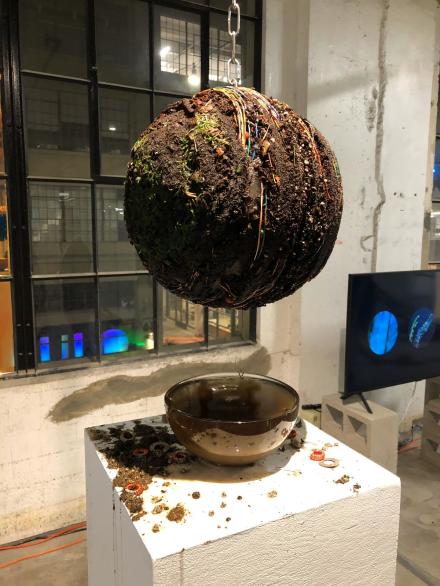 The fair’s exploratory and enigmatic atmosphere was readily apparent this year, with ample works exploring a range of intriguing concepts and constructions.  There was a massive video sculpture by artist Nina Sarnelle, situating a video piece in the center of a towering mass of Amazon shipping boxes, while nearby, artist Steve Hash’s more subdued sculptures of ghosts, or more specifically, the bedsheets used by children to create ghost costumers, stood on their own, a peculiar sculptural arrangement that seemed both subtly unnerving and distinctly comical.  Elsewhere, artist Sarah Bereza was presenting a lumpy, strange figure hunched over a chair, while artist Eli Joteva had brought works that featured hunks of natural material arranged in precarious states, like a massive clod of what appeared to be soil hanging over a pedestal. 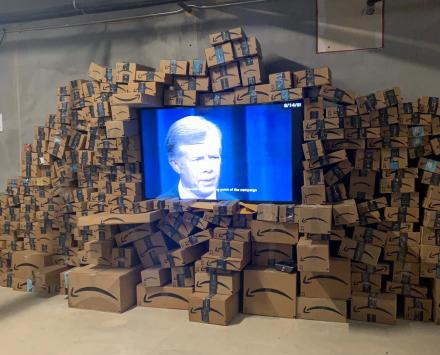 The show’s signature mixture of forward-thinking work, careful consideration and a subtly rebellious mentality has helped to maintain its air of detached cool and its dedication to strong work, a combo that has served both the event, and its adopted home of Los Angeles, quite well in the past half-decade.  One can hope this will continue to be the trend in the coming decade.

This entry was posted on Sunday, February 16th, 2020 at 1:16 pm and is filed under Art News, Featured Post, Show. You can follow any responses to this entry through the RSS 2.0 feed. You can leave a response, or trackback from your own site.