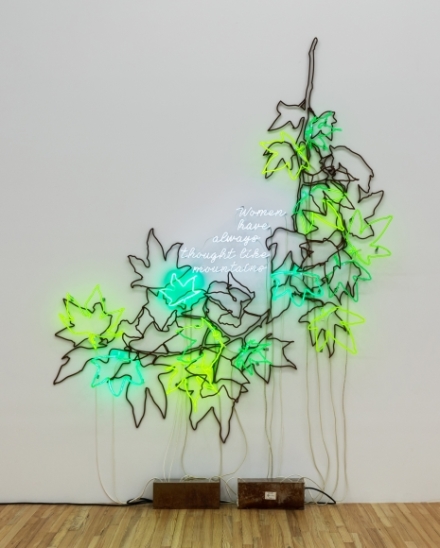 Currently on view at Andrew Kreps Gallery in New York, artist Andrea Bowers presents Think of Our Future, a show of new sculpture and wall-mounted works that continue her engagement with online movements, the cultural zeitgeist, and possible expressions of new social modes and possible futures.  Bowers, whose work of late has mined the cultural upheaval and power of the #MeToo movement, here turns in particular to the protests around the Dakota Access Pipeline, and the confrontations between the company building the line and the Standing Rock Sioux tribe that has fought to prevent its construction on tribal lands. 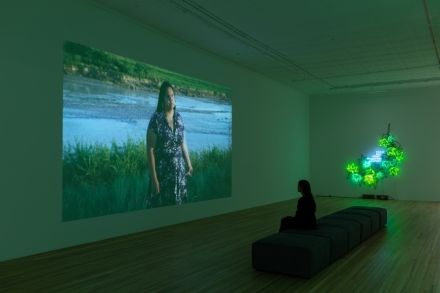 Bowers’s work in the show centers on the idea of declining global freedoms in the face of a deregulated, gluttonous capitalism that threatens both life and freedom, constraining access to land and water in its rendering of these raw materials for profit.  Taking the Standing Rock protests not as a space for gried, however, but rather for hope, her work in this show presents a series of neon-based works that challenge both hierarchies of power and representations of history, drawing on quotes from a range of eco-feminists.  Calling into a future where our current world movements may have made an impact and improved the cultural and environmental state of the world, her pieces manage to carry both an anger and a hope for that future, and for the generation of young activists working to push it towards realization. 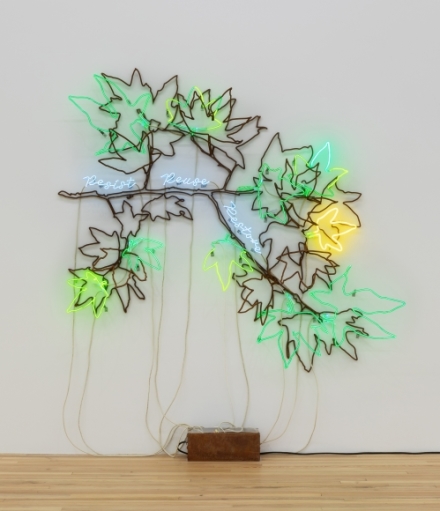 At the center of this effort is My Name Means Future, a new video work playing alongside her neon works. Centered on Tokata Iron Eyes, a member of the Standing Rock Sioux tribe who has been involved with the movement to stop the Dakota Access Pipeline since its inception, the video continues Bowers’s commitment to documenting the activists of our time. Bowers asked the young activist to show her some of her most sacred places in South Dakota. With a small group of friends – all artists and activists, they traveled together for 4 days this past September, recording video interviews and landscape drone shots of the youth activist discussing the landscapes, their histories, as well as the personal and political issues that arose from being in these sacred sites. In the Lakota language, “Tokata” means “Future”.

The show itself presents glimmers of hope for the future, and a positivity that is both disarming and subtly powerful, casting a world that we not only are presented with daily, but which we have a daily opportunity, and perhaps responsibility, to change ourselves. 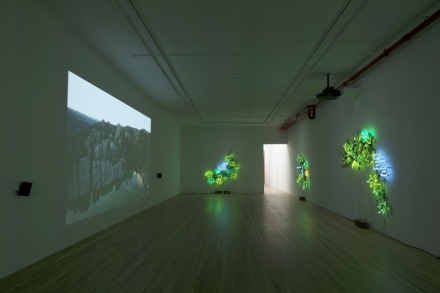 This entry was posted on Thursday, February 20th, 2020 at 1:58 pm and is filed under Art News, Featured Post, Show. You can follow any responses to this entry through the RSS 2.0 feed. You can leave a response, or trackback from your own site.