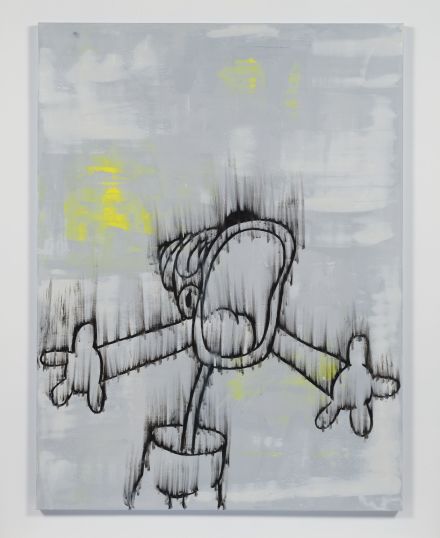 Gary Simmons, Screaming into the Ether (2020), via Metro Pictures

As galleries reopen in New York and test out their new exhibition strategies, the first string of gallery highlights and highly touted shows are beginning to pop up online.  Among these is Screaming into the Ether, the newest show of paintings by artist Gary Simmons at Metro Pictures.  Mining the language of classic cartoon aesthetics and the often physically expressive poses its characters took, Simmons’s show turns moments of comical action into desperate, unnerving moments through his slurred, blurry hand. 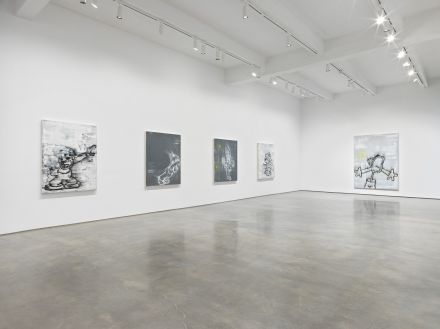 The work expands the artist’s decades-long examination into the propagation of racial stereotypes through American media, and its devastating effects on how people of color perceive themselves and are perceived by others.  Utilizing the artist’s “erasure” technique, the pieces are presented in a rich gray palette, and emphasize recreated images of racist cartoon figures first appearing in a body of work by the artist from the early 1990’s. 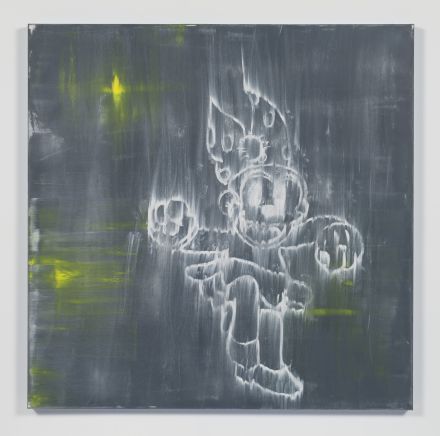 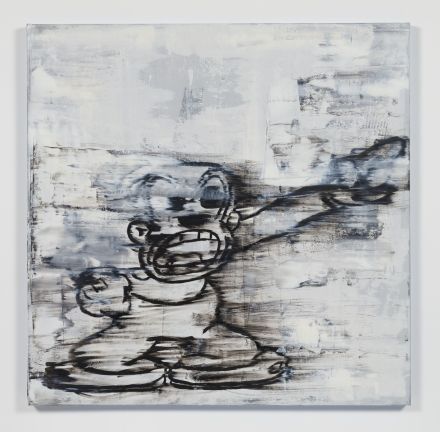 Gary Simmons, More to the Point (2020), via Metro Pictures

The works recall a dusty blackboard, or a moment of flittering, deconstructed film material, isolating figures against their blotted strokes.  Using his hands to blur the images and backgrounds of his paintings by wiping away only pieces of them, his piece uses Looney Tunes characters Bosko, his girlfriend Honey, and Bosko’s “Little Sister,” all based on caricatures drawn from the racist depictions of African-Americans in minstrel shows.  By moving his hands through the charcoal, pastel, wax, or paint, the static characters begin to vibrate with a frantic energy on the canvas. Rendered as ghostly fragments, the figures appear as faint specters on the canvas, just as the insidious imagery lingers in our collective imagination. 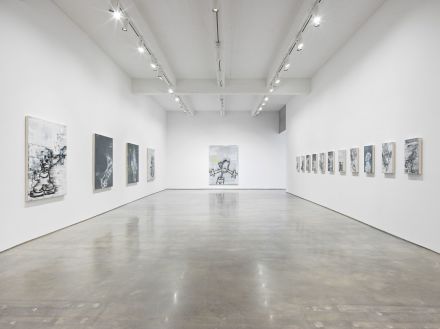 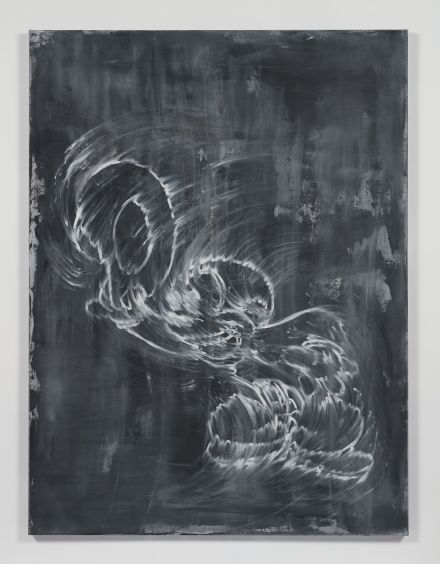 Gary Simmons, Let Me Introduce Myself (2020), via Metro Pictures

These latest paintings tie together some of Simmons’s earliest and most recent experiments with the method, turning the characters into surreal fragments.  Charged with the same cartoonish energy, but deconstructed on canvas, his racist subject matter is turned towards an imposing, occasionally chilling comment on the innocent face that so often masks over the fraught racial politics of American history, a potentially fitting subject for the summer of turbulence and activism we are living through now.

This entry was posted on Tuesday, July 28th, 2020 at 5:31 pm and is filed under Art News, Featured Post, Show. You can follow any responses to this entry through the RSS 2.0 feed. You can leave a response, or trackback from your own site.