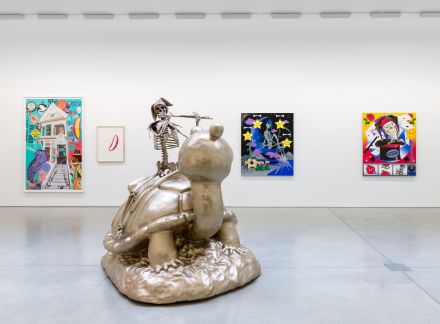 On view this month at David Kordansky, the collaborative fashion project Online Cermaics and artist Matthew Brannon have joined together to present The Galaxy Song, a show that treats the motifs, cosmic mindfulness, and countercultural narratives associated with the Grateful Dead as springboards for open experimentation with material and concept. While the 1960s-era, psychedelic origins of the Dead—as well as the band’s propensity for inspiring its fans to reinterpret its densely interwoven iconographies—provide the show’s major conceptual through lines, the show equally explores the possibilities of screen-prints and fashion as vectors for complex aesthetic concepts. 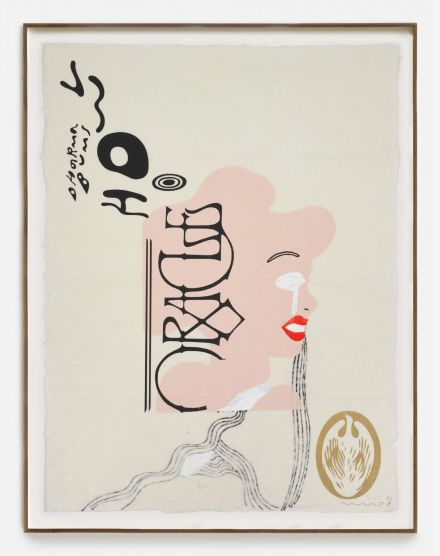 If the Grateful Dead has been many things to many people, it is, at the end of the day, a social phenomenon with music at its core. The music has given rise to many things, including a unique visual language that cannot be reduced to any one set of parameters. Certain, immediately recognizable motifs recur: skulls, anthropomorphized animals (mostly bears and turtles), and transpositions of the band members’ likenesses into any number of context-specific variations are a few of them. These motifs aside, what has made the production of Dead-related imagery a lasting mode of expression is a spirit of openness and constant reinterpretation: the spirit, in other words, that defines the “tribe” of the Grateful Dead itself, with its predilection for itinerant journeys both outwardly and inwardly oriented, and its anarchic, self-organizing (if not self-regulating) ethos. 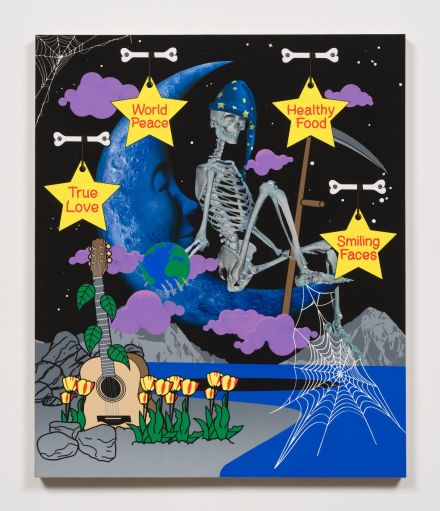 Elijah Funk & Alix Ross (Online Ceramics), Dreams Are the Notes in the Song of Joy (2021), via David Kordansky

Turned towards the art gallery, this concept underscores the notion of complex, ever-evolving aesthetic frameworks, a point that both artists embrace. Brannon has posed radical questions about what printmaking can do and how it functions in the art historical landscape, and his prints stumbled over the history of The Dead as a result of his research into the Vietnam War, while Online Ceramics, the project of Elijah Funk and Alix Ross, sees the pair often using the notion of “The Lot” tee as a space for hyper-loaded aesthetic explorations.

The show as a result is a fascinating exploration not just of an enduring countercultural moment, but of its echoes through to new generations, showing how a new group of fans and artists are finding inspiration in that particular era of the 20th Century. 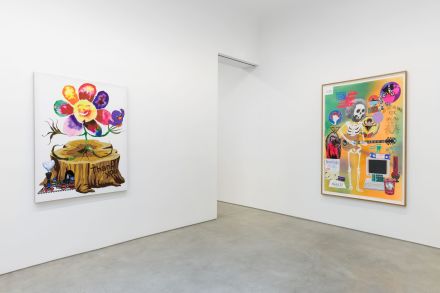 This entry was posted on Tuesday, August 24th, 2021 at 12:12 pm and is filed under Art News, Featured Post, Show. You can follow any responses to this entry through the RSS 2.0 feed. You can leave a response, or trackback from your own site.