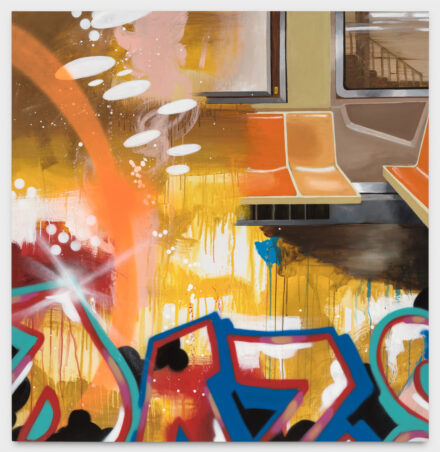 On view this month in New York, P·P·O·W has compiled a body of new works by Christopher “Daze” Ellis, the longtime graffiti writer and painter who came up among a new generation of taggers who began their work during the late 1970’s, and who would be among those who earned early recognition by the New York gallery scene during the 1980’s. Combining a selection of significant works from the 1980s and early 1990s with a series of new paintings and sculptures, Give It All You Got chronicles a lifelong dedication to portraying the lifeforce of New York City and commemorating those who were a part of what it once was. 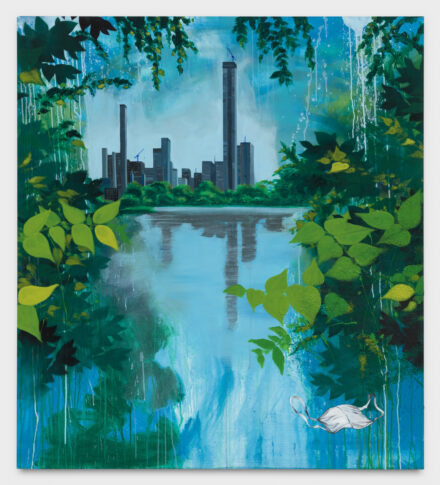 The Subway looms large in this selection of works, and Daze has long explored both its interiors and exteriors, both during his time as a graffiti writer and as a studio artist. returns to the subways to underscore theirimportance to his artistic evolution. For many years the subway cars and tunnels were his studio. In a recent interview, Daze notes, “the subways were a perfect venue for painting because when you make a painting in your studio, unless someone buys it right away, you tend to live with it for a long time and it becomes a part of you. But with subway painting, it was much more immediate in that you would go out and do something and then that would be it… It would take on a life of its own and it would travel throughout the city. Other people would see it, and if you were lucky you would see it again in motion and be able to document it in photographs… It had to do more with an individual message that just said, ‘Hey I’m here and I exist.’” 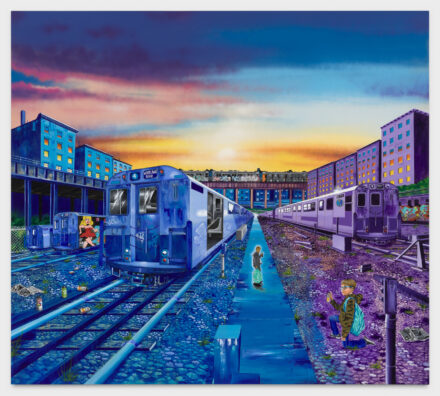 This sense of existence, of the negotiation between public space and the art that fills it, is a recurring motif, with the artist often presenting his own vision and perspective juxtaposed with the bold swaths of new lines and letters as if the painting had become yet another wall to be addressed and embellished, covered over partially with swoops and swirls of a new burner. Similarly, the paintings on view in Give It All You Got reflect the diversity and complexity of the city now but also of a city that no longer exists. In paintings such as A Memorial, 2020, Daze pays homage to graffiti collaborators and friends who have passed, recalling memories of spray-painting subway cars and the friends who have since passed on. 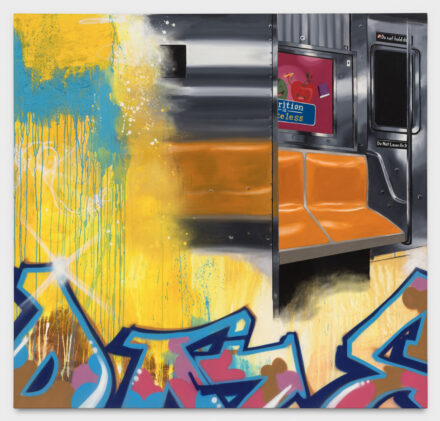 An homage to the culture and architecture of the Big Apple, Daze’s show is a love letter from an artist who has seen so much of its most fundamental infrastructure, and wrote his name all over it. The show closes February 12th.

Read more:
Chris Daze Ellis: “Give It All You Got” at P•P•O•W [Exhibition Site]

This entry was posted on Friday, January 14th, 2022 at 12:35 pm and is filed under AO On Site, Featured Post, Go See. You can follow any responses to this entry through the RSS 2.0 feed. You can leave a response, or trackback from your own site.