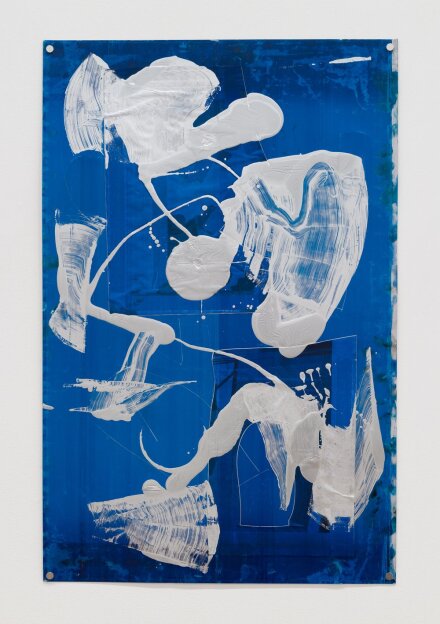 Marking his first exhibition with Martos Gallery since 2012, artist Ryan Foerster presents Frictional Archaeology this month in New York, presenting a series of works examining the artist’s wide-ranging practice through the prism of his photography, and showcasing works from the last decade in which Foerster excavates technical slippages in the photographic medium and the apparatus of the camera, achieving plastic effects through manipulating and embracing faded emulsion, deteriorated film, defective lenses and chance occurrences in the darkroom. 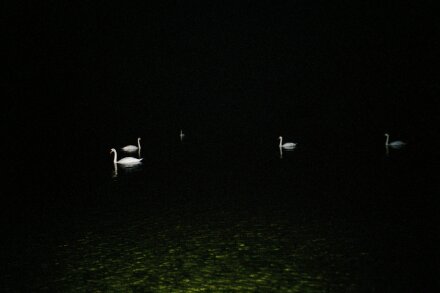 Foerster, who has long experimented with the possibilities of photography as a process-based medium, here turns his attention to a series of varied actions and executions, among them a serial arrangement of photograms –such as Back to Black (2019) and Hockey Player String Photograms (2022) where he manipulates a set of objects’ incremental movement through space, echoing the photographic montages of Muybridge while eschewing shutter speed or documentation of real space. Foerster presents the image as something happening in real-time here, as forms twist and writhe on the surface of the work, in collaboration with light and time to create densely layered compositions. Communication Breakdown (2010 – 2022), created with expired film, depicts an abstract, centripetal rush of fluorescent dots on a black field, creating the impression the viewer is throttling into space. These are countered with a series of more traditional photographic works, blending various understandings of space and image, and returning some agency over the image to the natural world. 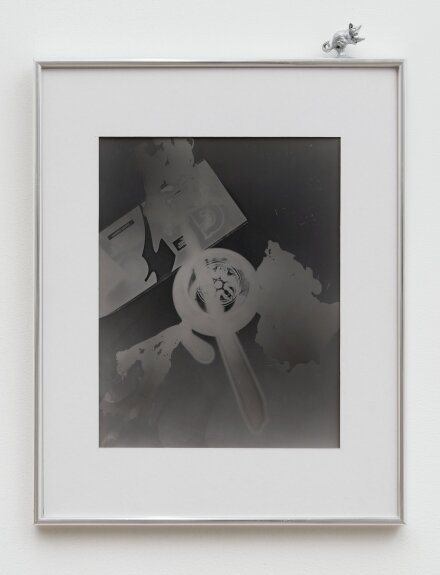 Foerster will also present new sculpture, which similarly harnesses the aesthetics of chance and defect. A series of aluminum casts serve as a three-dimensional analogs to the filmic process, underscoring the parallel use of negative space and form by each method. Foerster’s body of work is relentlessly self-referential, but rather than as a modernist gesture of cold reflexivity, Foerster’s looping motifs reflect an ethos of preservation and renewal, with compost being a guiding theme both aesthetically and operationally throughout his work. In his sculpture, Foerster employs materials – aluminum and glass – that do not degrade, but rather have infinite potential to be melted down into new forms.

Foerster’s work makes much of the landscape around him, always using the material and movement of the urban center as a way to transmute and explore. Whether by aluminum can or a shaft of light, or even the dioramas on view here, he presents a construction of reality that critiques and repositions its own construction.

This entry was posted on Tuesday, April 12th, 2022 at 12:00 pm and is filed under Art News, Featured Post, Show. You can follow any responses to this entry through the RSS 2.0 feed. You can leave a response, or trackback from your own site.