New York – “Junkyard of Dreams” at Bortolami Through March 4th, 2023 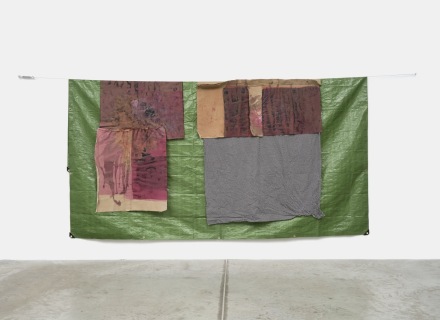 This month at Bortolami’s 39 Walker location, the gallery presents its first exhibition of the year, Junkyard of Dreams, bringing together the work of five artists; Frieda Toranzo Jaeger, Duane Linklater, Virginia Overton, Kathleen Ryan, and Christopher Williams. Drawing on the disparate modes of both knowledge and object construction in the discourse of post-industrial modernity, the works on view here walk delicate lines between critique and active engagement with modern capital. 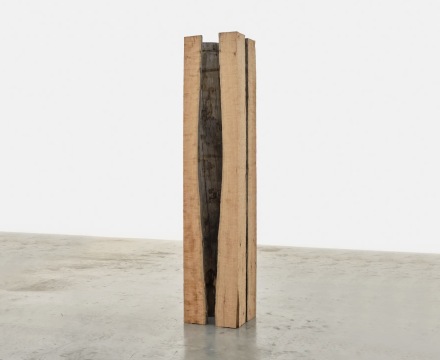 The artworks on view are contextualized within North American post- industrialization and its myriad socio-technical transformations, coalescing into a portrait of a world inherited without its major sites of local industry. These artworks function as both relics and futurist dreamscapes; not only a record of concerted changes in productivity, labor, and consumption throughout the continent prior the turn of the 21st century, but also a prescient vision of industry’s future. Major centers of production, from lumber to automotive fabrication, steeply declined in the post-war period affecting working class groups sharply yet unevenly, and opening up new areas for what stood as typical American work, while leaving behind a host of husked sites. 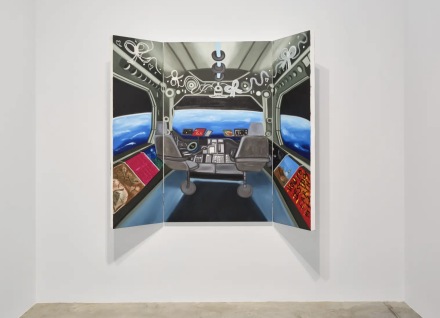 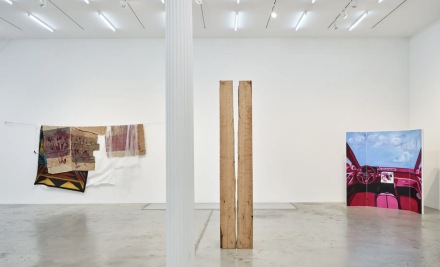 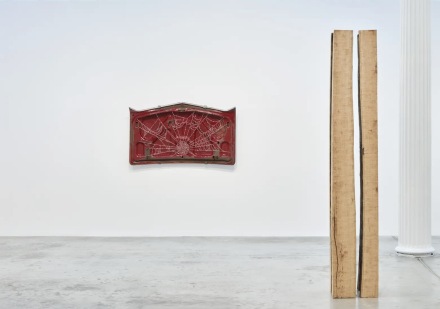 The result here are a series of works that embrace the languages of industry, both as a mode of production and as a subject. There’s the diagrammatic cross-section photographs of Christopher Williams, deconstructing both the object and the image that presents it through linguistic operations, while Toranzo Jaeger takes on a varying approach, depicting a series of cockpits that underscore industrial operation as a mode through which mankind moves (both literally and figuratively forward). By contrast, works by Overton and Linklater seem to engage with the express waste and raw materials, the rendering of both natural materials into waste, and vice versa, examining how production engages states of change, and simultaneously how those processes might be rethought. Throughout these oppositions and comparisons, one is able to see the industrial as both subject and flow, an operation and process as much as a subject, each equally ripe for examination and rethinking.

This entry was posted on Monday, January 23rd, 2023 at 12:00 pm and is filed under Art News, Featured Post, Show. You can follow any responses to this entry through the RSS 2.0 feed. You can leave a response, or trackback from your own site.