Musician and artist André Heller fabricated a falsely attributed Jean-Michel Basquiat for sale at TEFAF in 2017, Art News reports. “In retrospect, the whole thing is, firstly, a childish prank. Secondly, it is naturally showing off. And thirdly, it is a stupid mixture of fiction and truth,” he says. “Just a private fairy tale.” END_OF_DOCUMENT_TOKEN_TO_BE_REPLACED

Monica Bonvicini has “paused” her relationship with König Galerie after sexual harassment allegations broke against its founder, Johann König. END_OF_DOCUMENT_TOKEN_TO_BE_REPLACED

Artist Oscar yi Hou gets the profile treatment in the New York Times this week, as he opens a show at the Brooklyn Museum. “I think by creating symbolic densities, you’re able to invite the viewer to pay more attention to the works,” he says. “I try to honor the opacity of the subject.” END_OF_DOCUMENT_TOKEN_TO_BE_REPLACED 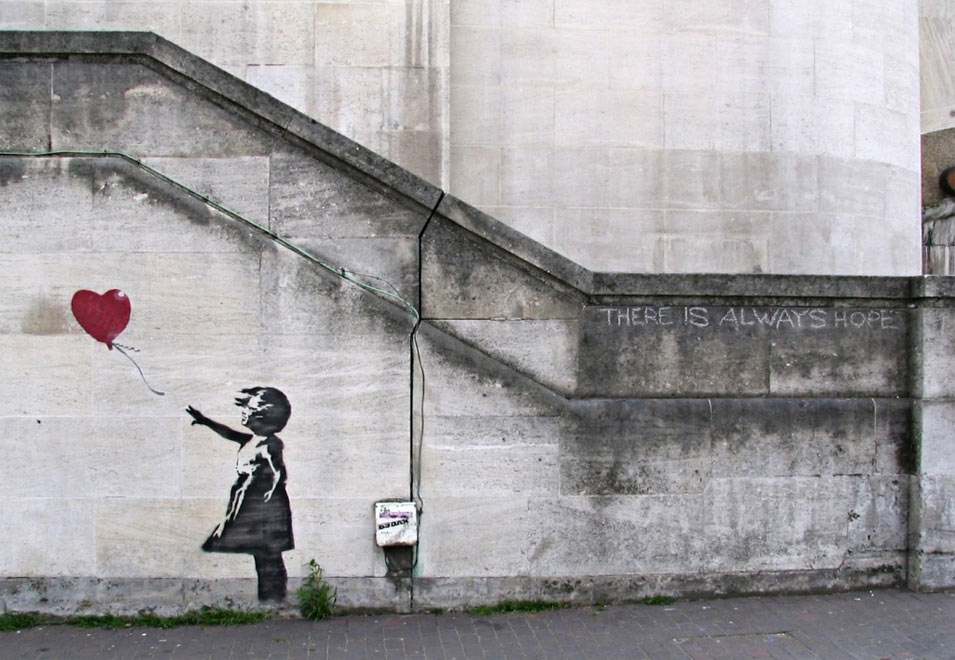 Details of Banksy’s life remain to be completely confirmed – though exhaustive efforts have been undertaken by various sources to nail down this street artist’s identity. What is certain is that Banksy was born and raised in England, has worked with various crews of grafitti artists since he was a teen, and currently maintains, paradoxically, a high-status anonymity in both the art world and the public’s imagination. 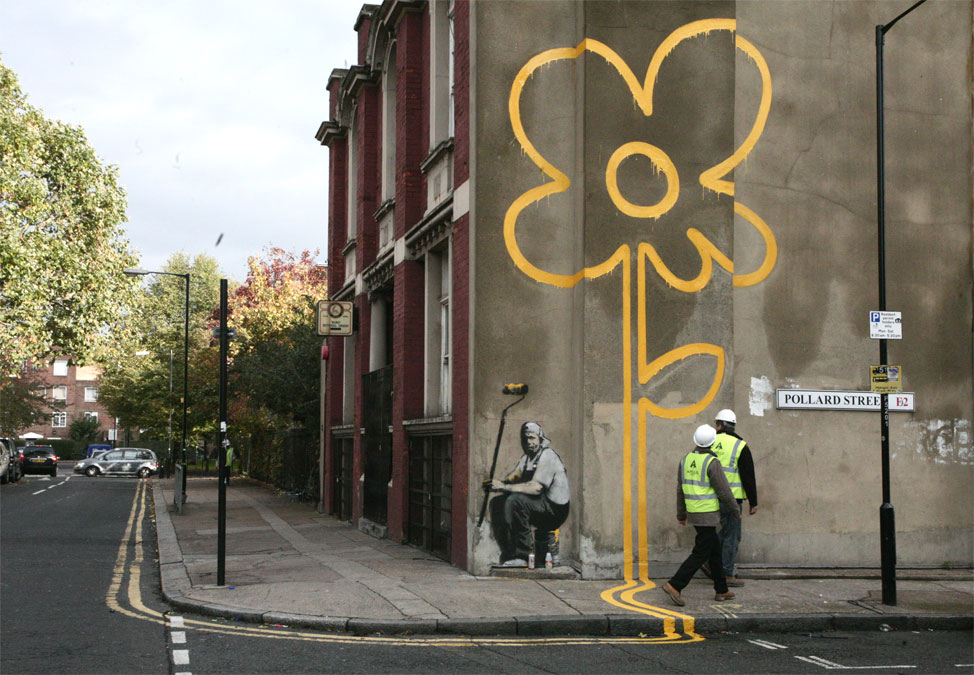 In an effort to dodge street police, Banksy adopted innovative stencils to create his now-signature works. They allowed for much faster application on public surfaces that have included the walls of zoos, hospitals, tunnels, and otherwise unremarkable locales. However in recent years, he has also traveled around the world, gaining international attention with tags in various countries, including the controversial West Bank territory.

His work incorporates satire, images of animals, small children, British references of Royal Guards and Queen Victoria, anti-war messages, riffs on classic paintings, etc. Sneaking into famous museums like the Metropolitan in New York and the Louvre in Paris to personally hang up his works is one well-known Banksy stunt. 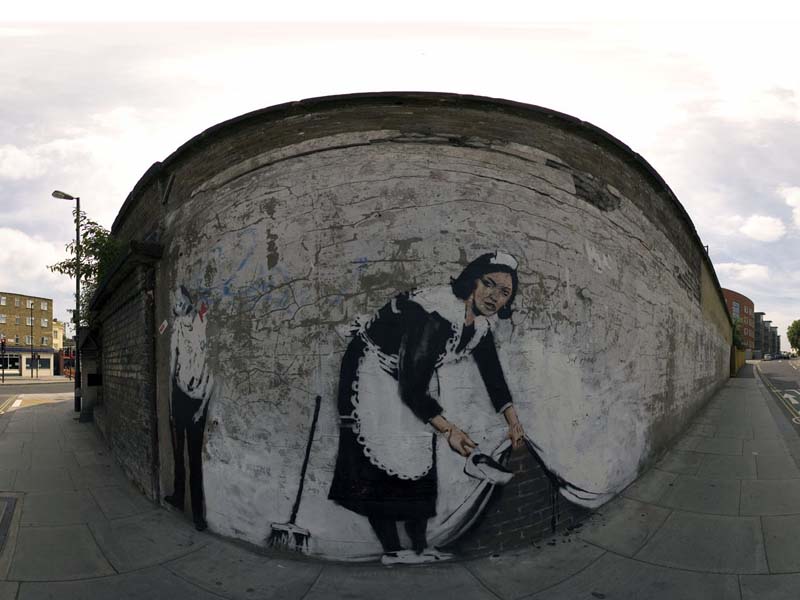 Banksy has, however, had gallery showings of his work, and the artist has taken on commercial projects, like the design of Blur’s album cover. Celebrities such as Christina Aguilera and Angelina Jolie have purchased his pieces for sums of up to approximately $500,000, while other works consistently sell at high prices through venues, including Sotheby’s. His art has accumulated so much value that owners of walls with his graffiti have actually auctioned them off to the highest bidder. 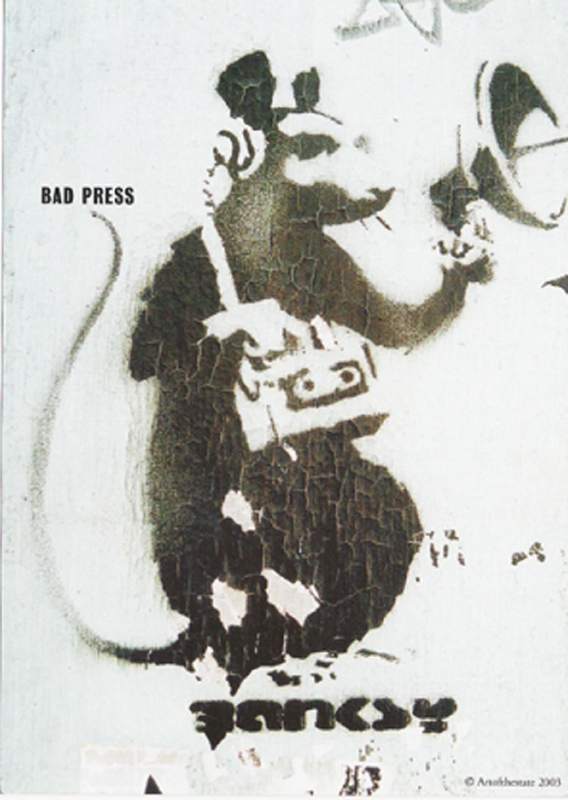 Image of rat found in Austria, Banksy, via Graffiti 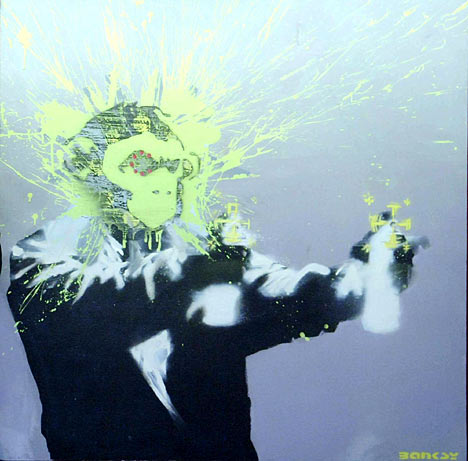 Monkey image with the artist’s signature in the corner, Banksy, via Daily Mail

Regardless of Banksy’s much-contested value as an artist, his influence on the boom of street art in both the fine arts market and contemporary culture cannot be denied. The artist displays his drawings and “indoor” works on his website, Banksy.co.uk, and also offers published books of his art. 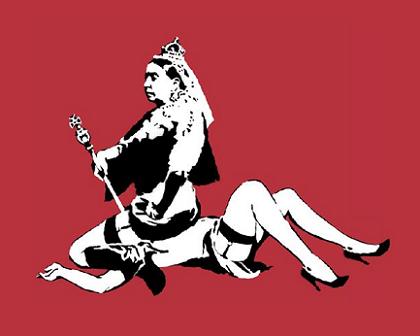 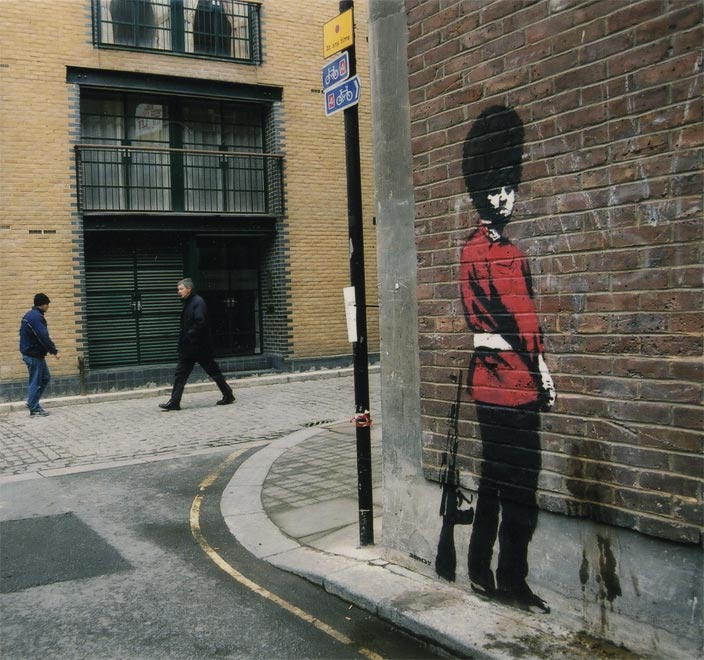