LaToya Ruby Frazier has a piece in the NYT this week, showcasing new work and talking about her critical approach towards American culture. “I am showing these dark things about America because I love my country and countrymen,” she says. “When you love somebody, you tell them the truth. Even if it hurts.” END_OF_DOCUMENT_TOKEN_TO_BE_REPLACED

MoMA has covered up the name of late architect Philip Johnson on wall signs amid allegations of his fascist views. “To move forward with the exhibition thoughtfully, honoring the communities that the artists and their works represent, we feel it’s appropriate to respect the exhibition design suggestion and cover the signage with Johnson’s name outside the Architecture and Design galleries on an interim basis,” a MoMA spokesperson said. “To confront this matter, the Museum currently has underway a rigorous research initiative to explore in full the allegations against Johnson and gather all available information. This work is ongoing.” END_OF_DOCUMENT_TOKEN_TO_BE_REPLACED

Italy is looking to combat its crush of tourists in major cities by leasing works from the Uffizi in Florence to smaller museums and spaces around the country, CNN reports. “We already have over 3,000 works of art on display in the Uffizi — that’s enough,” Uffizi director Eike Schmidt says. END_OF_DOCUMENT_TOKEN_TO_BE_REPLACED

Carl Andre
[image via artistquoteoftheday.files.wordpress.com]
b. 1935
Lives and works in:

Andre is a Minimalist who started making art as a profession at the age of 24. His first serious works were highly influenced by his friend, Frank Stella, and typically took the form of wooden sculptures. Others were form poetry or Concrete poems that present words as drawings.

After a short stints with other careers, he returned to art in 1970 and created several of his largest installations, including Blocks and Stones which he created for the Portland Center of Visual Arts. In 1972, his installation Equivalent VII created in 1966 traveled to London’s Tate. The piece was often called “Bricks” and featured more than 100 firebricks arranged in a large rectangle The 1970s saw creations of other installations, like Stone Field, created in Hartford.

In 1988, he was acquitted of the murder of his wife, the artist Ana Mendieta.

Retrospectives of his work have been exhibited around the world, including New York’s Guggenheim in 1970 and later retrospectives in Austin, Oxford, Einhoven and Marseilles. 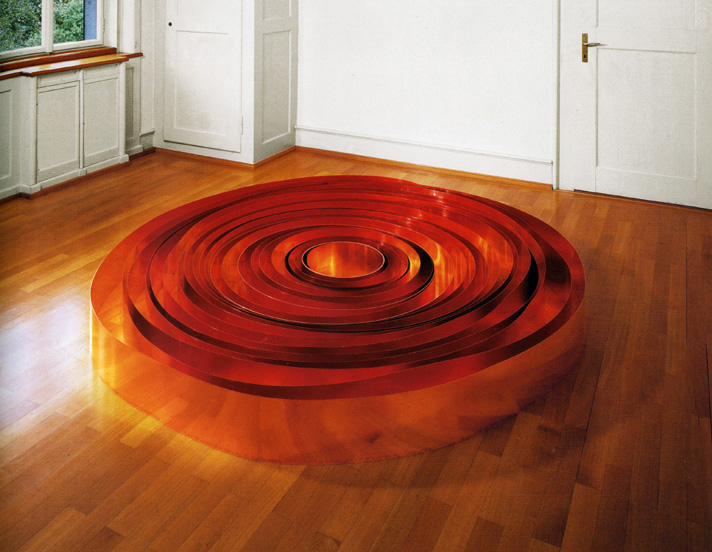