A piece in Art News this week charts former banker David Schrader’s impact on Sotheby’s private sales division. “He knows a lot about the art world and a lot about business,” says Pace CEO Marc Glimcher. “When someone like that enters the art world, it can be a disaster. But for him it was not. He is great to work with.” END_OF_DOCUMENT_TOKEN_TO_BE_REPLACED

A series of collaborative works by Robert Rauschenberg and Jasper Johns created for a window display at Bergdorf Goodman will head to auction at Christie’s, Art Market Monitor reports. END_OF_DOCUMENT_TOKEN_TO_BE_REPLACED

Sarah McBride, the newly elected state senator for Delaware, and the highest ranking openly transgender elected official in the country, has an interview in Art Newspaper this week, where she speaks on her experiences as a trustee at the Delaware Art Museum. “The arts were an integral part of my self-discovery, my journey toward authenticity,” she says. “It was in the performing arts that I was able to explore my identity, my gender, different experiences and emotions.” END_OF_DOCUMENT_TOKEN_TO_BE_REPLACED 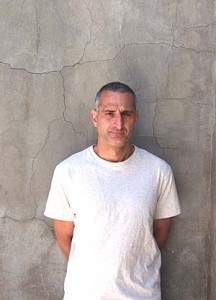 Wool is an American painter known for creating pictorial forms, often void of color due to his loyalty to black and white. First gaining notoriety from his ‘word pictures’ of the late 1980s, Wool now works frequently with enamel paint on canvas, creating layered pieces, marked with paint spatter and sporadic drips.

Other characteristic tendencies include erasing almost-entire pictures then writing over them with black spray paint. He approaches art as a process that needs revision and often makes visible corrections within his works.

His work is included in the collections of over two-dozen international museums including London’s Tate Modern, The Whitney Museum of American Art, New York’s Museum of Modern Art, and Boston’s Museum of Fine Art. 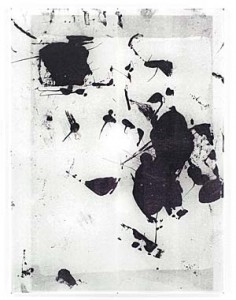