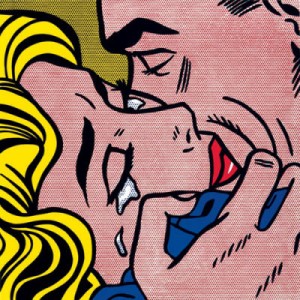 Roy Fox Lichetenstein is a influential and prominent American Pop artist.  He is best known for his comic book style.  His first Pop paintings were influenced by cartoon images and techniques from commercial printing.  His large scale work Look Mickey (1961) was his first work with Benday Dots and resulted from a challenge from his one of sons. 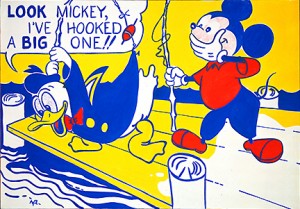 His most famous work is Whaam! (1963) which was adopted from a comic book panel from an issue of DC Comic’s All American Men of War.

Lichetenstein was also a sculptor using metal and plastic.  He has a public sculpture named Lamp in St. Mary’s in Georgia. 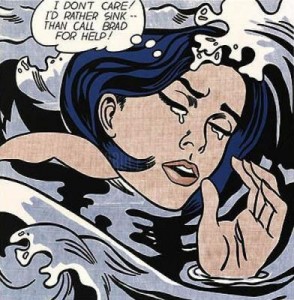