Go See: Gerhard Richter Retrospective at the National Gallery of Scotland, through January 4, 2009 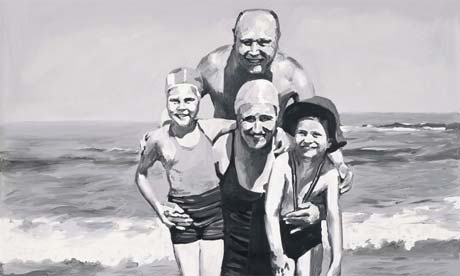 Familie am Meer, or Family at Sea in English, a 1964 painting by Gerhard Richter via the Guardian.

The National Gallery of Scotland is hosting a major retrospective of German artist Gerhard Richter. Over 60 works are included in the exhibition all on loan from private collections and includes early work that has rarely been seen. The retrospective touches on all of the varied periods of the artist who is known for his mastery of both abstract and figurative painting. The retrospective follows his exhibition 4900 Colours: Version II at the Serpentine Gallery, London, covered by Art Observed here.  Following his retrospective the National Portrait Gallery, London will host Gerhard Richter Portraits February 2009.  The current exhibition is part of the Bank of Scotland totalART series. Over £400,000 has been invested in the series making it the largest sponsorship of modern art in Scotland. 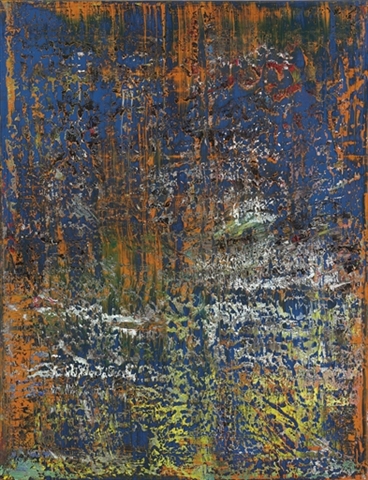 Abstraktes Bild, 710 by Gerhard Richter, via Christie’s. The 1989 work was recently purchased at Christie’s Post-war and Contemporary Art auction this fall. The work sold for $14,866,500 million above it’s pre-sale estimate of $13 million and amidst a waning art market. 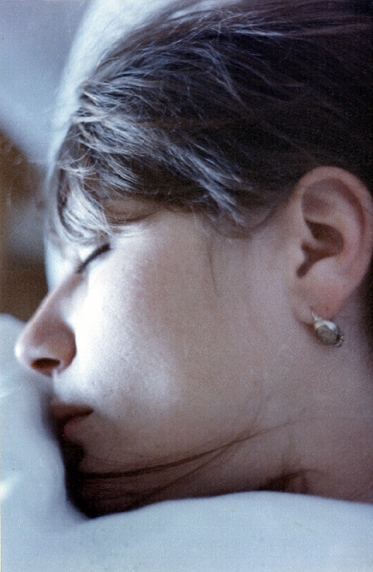 Sleeper (Barbara N.) via Gerhard Richter. The 1970 painting serves an example of Richter’s acute ability as a photorealist painter, and serves as a sharp point of contrast when compared to the artist’s abstract work as pictured above.

This entry was posted on Thursday, December 4th, 2008 at 6:26 pm and is filed under Go See. You can follow any responses to this entry through the RSS 2.0 feed. You can leave a response, or trackback from your own site.