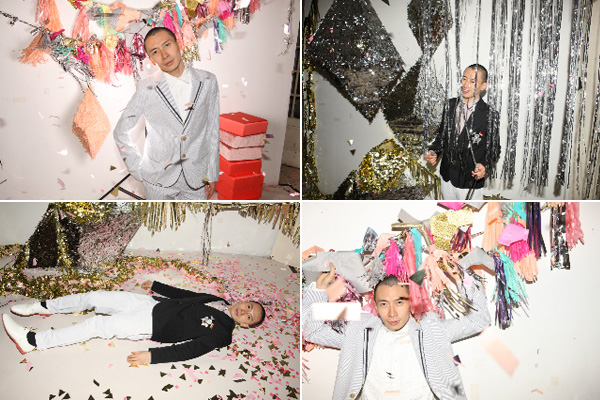 Artist and downtown NYC fixture Terence Koh Models for United Bamboo [Refinery29]
A review of director of Hauser and Wirth gallery Gregor Muir’s book on the seminal period of the Young British Art movement of the 80’s “They were too drunk, too coked up, too busy scrounging up some rent, too out of work and squalor-happy to remember much about the glory days.” [TimesUK]
Art Tactic reports 81% fall in confidence levels in contemporary-art market, predicts 3-5 years to recovery, institutes new “survival rating” to predict artists to be considered still relevant in 10 years [Bloomberg]
In related, the Art Newspaper offers predictions for the market in 2009 [ArtNewspaper] 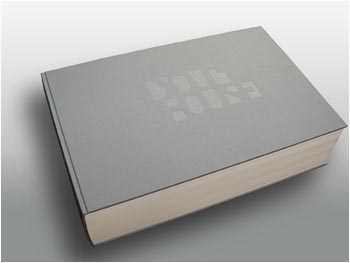 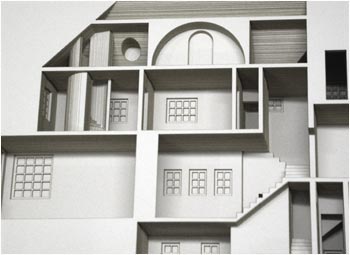 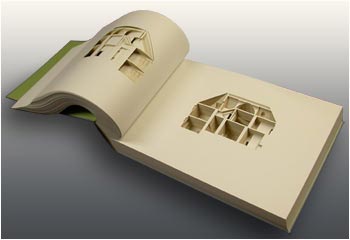 Commissioned by MOMA, Olafur Eliasson creates 454 page, 85:1 scale, laser-cut negative space rendering of his home [SpaceInvading]
Video of Rirkrit Tiravanija serving up vegetarian curry at a grafitti’d construction installation at David Zwirner [NewArtTV]
The Louvre begins managing its first ever endowment of $230m received from the United Arab Emirates to build a museum there [NYTimes]
When artwork decays and requires reproduction [WallStreetJournal]
Anthony Haden-Guest on Yves Saint Laurent’s 700+ work art collection to be auctioned in February by Christie’s Paris at a £200m to £300m estimate [GuardianUK]

Belfast Telegraph April 29, 2009 ASTON Martin’s new 6.0-litre, V12-engined Rapide has moved into the final stages of development, with the first cars due to be delivered to customers in early 2010.

The car – with swan-wing doors that rise upwards and outwards as they swing open – will be built at a new production facility in Graz, Austria.

Aston Martin says the as-yet unpriced Rapide “will be the most elegant four-door sports car in the world”. here aston martin rapide

The fourth annual Bradford Classic will be staged in the west Yorkshire city over the weekend of July 18 and 19.

There will be more than 150 classic and performance cars going on open-air show in Centenary Square, Bradford.

To help prepare for such a hazardous long journey, authors Robert Wicks and Greg Baker have come up with an essential guide, titled Adventure Riding Techniques (Haynes, priced Pounds 19.99).

It deals with everything from rough terrain, bike preparation, and riding skills, to security and survival. this web site aston martin rapide

Put together in an easily-followed Haynes manual format, it can be sourced from bookshops, or www.haynes.co.uk.

XPart, a subsidiary of Caterpillar Logistics Services, says there’s still a plentiful supply of MG Rover parts, and holds a stock of 40,000 MG and Rover items.

For information on XPart, or to locate the nearest MG Rover AutoService centre, visit www.xpart.com.

This entry was posted on Friday, January 23rd, 2009 at 9:10 am and is filed under Art News. You can follow any responses to this entry through the RSS 2.0 feed. You can leave a response, or trackback from your own site.