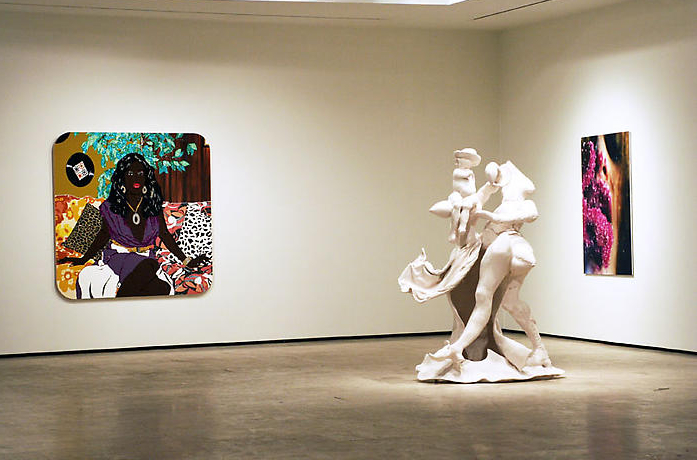 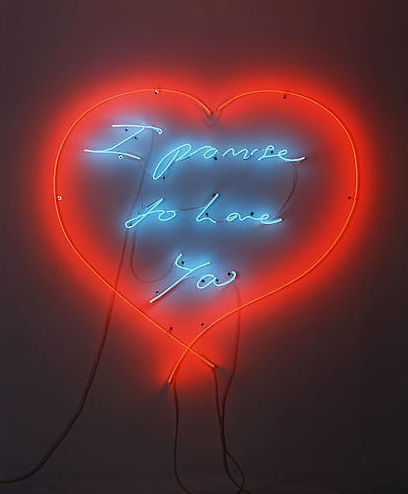 According to Glamour editor-in-chief Cindi Lieve, “Ask ten women artists, and you’ll get ten showstopping, brilliantly realized visions – some of them sweet, some of them shocking, but each one a very personal manifesto on the meaning of femininity in 2009.” 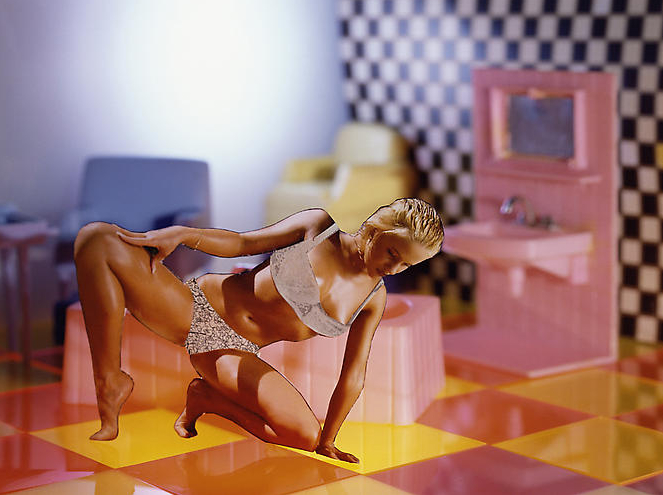 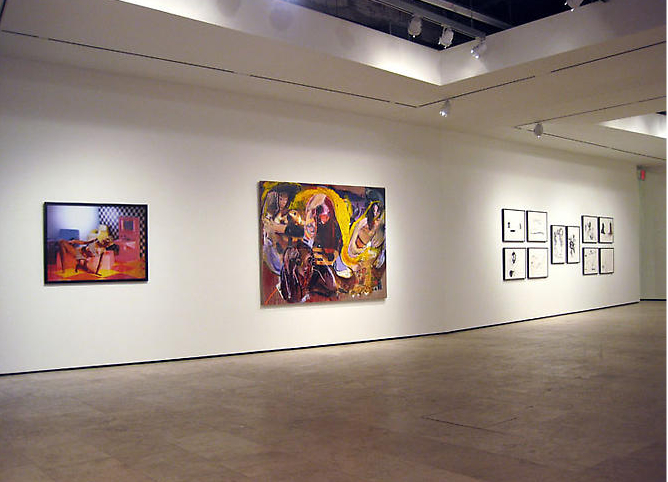 Derived from a word meaning “occult knowledge,” glamour was initially a term associated with enchantment or the casting of a spell.  Over time it has come to represent “seduction, luxury and empowerment,” and so the magazine’s photo director, Suzanne Donaldson, helped select these artists who embrace (Emin, Mickalene Thomas) or rebel against (Ackermann, Nina Chanel Abney) the word’s contemporary associations.  A neon love note constructed by Tracey Emin is a far glossier statement than an unmade bed, while a photo-booth snapshot montage by Lorna Simpson relies upon nostalgia for its dose of carefree glamour.  Marilyn Minter is likely the most obvious choice of artist, with her blown-up images of diamonds and indulgence, a theme that seems ever decadent – and ironic – as the economy continues its nosedive.

Sexy nymphs and mythical landscapes collide on the palette of Rita Ackermann, who has morphed and progressed through various media since her gritty 1990s heyday.  The inclusion of Abney is an inspired one, as her politically-charged caricatures of life in contemporary America effectively serve as an antithesis to the very definition of glamour. 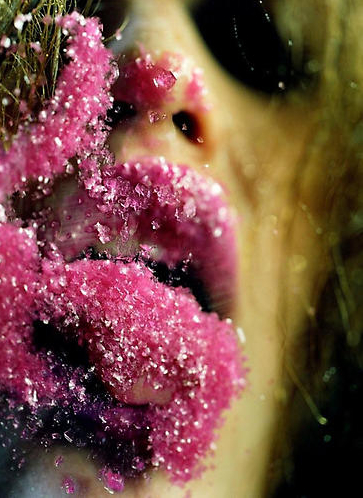 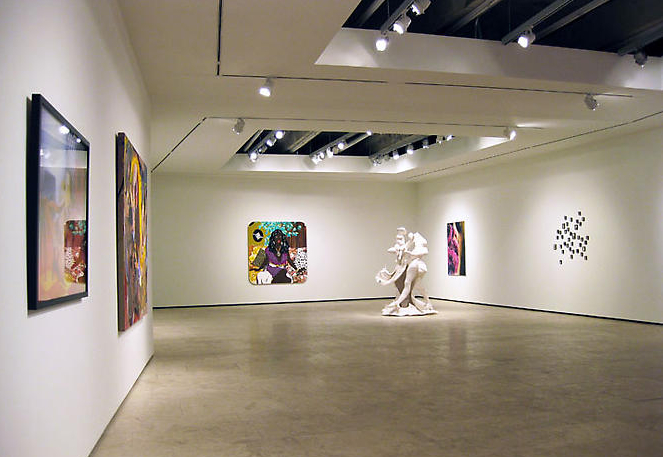 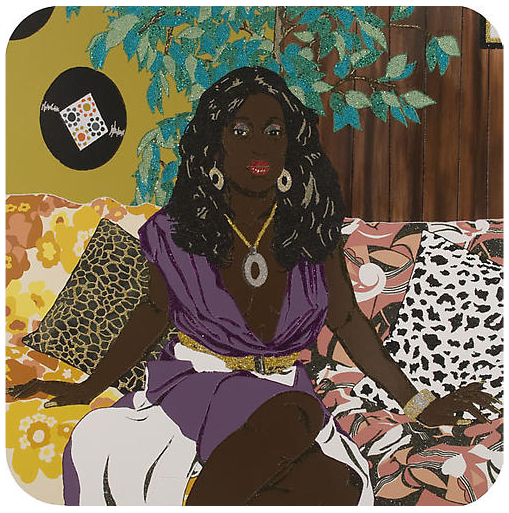 This entry was posted on Friday, February 27th, 2009 at 1:21 pm and is filed under Go See. You can follow any responses to this entry through the RSS 2.0 feed. You can leave a response, or trackback from your own site.