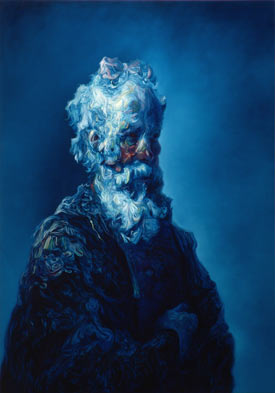 Currently on view at Tate Liverpool is a major retrospective of the work of Glenn Brown. The exhibition includes over sixty paintings, sculptures, and several new works making it the largest selection of the artist’s oeuvre to date. Brown’s work belongs to the group called the “appropriationists” meaning artists who borrow from others’ work in the creation of their own. His inspiration draws from art history and popular culture while incorporating images from the work of Dali, Auerbach, Rembrandt, de Kooning, Fragonard, and science fiction illustrators. The elements of size, color, surface texture and brushwork thus influence the way in which original works are transformed onto his canvas. 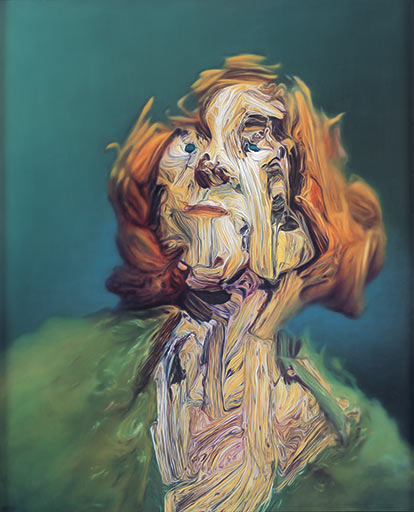 The Real Thing (2000) by Glenn Brown, via Tate Britain

The exhibition rooms highlight Brown’s obsessive and meticulous brushwork as well as his preoccupation with kitsch and sublime. His repeated fascination and appropriation of the works of Auerbach is shown in works such as The Real Thing (2000). The artist’s interest in perception is explored while also drawing attention to his usual preference for aesthetic concerns over original subject matter and meaning. In this way, Brown’s paintings are often far from their original depictions which makes them authentic works themselves rather than solely reproduced copies. 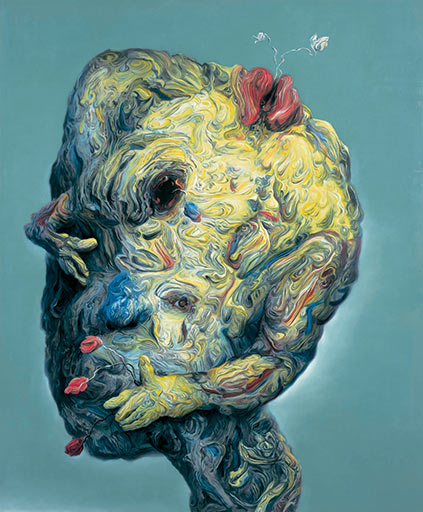 The Hinterland (2006) by Glenn Brown, via Tate Liverpool

Glenn Brown was born in Hexam, England in 1966. From 1984 to 1992 he studied at the Norwich School of Art, the Bath College of Higher Education and then at Goldsmith’s College. In 2000 he was shortlisted for the Turner Prize.

Tate Liverpool and the Fondazione Sandretto Re Rebaudengo, Turin organized the exhibition to be presented in Liverpool until the 10th of May 2009 and from the 28th of May until the 4th of October 2009 in Turin. 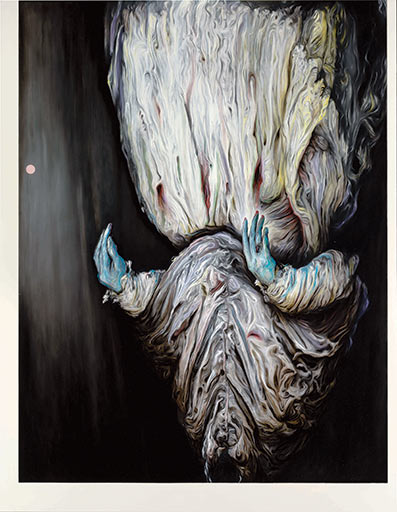 This entry was posted on Friday, March 6th, 2009 at 7:27 am and is filed under Go See. You can follow any responses to this entry through the RSS 2.0 feed. You can leave a response, or trackback from your own site.