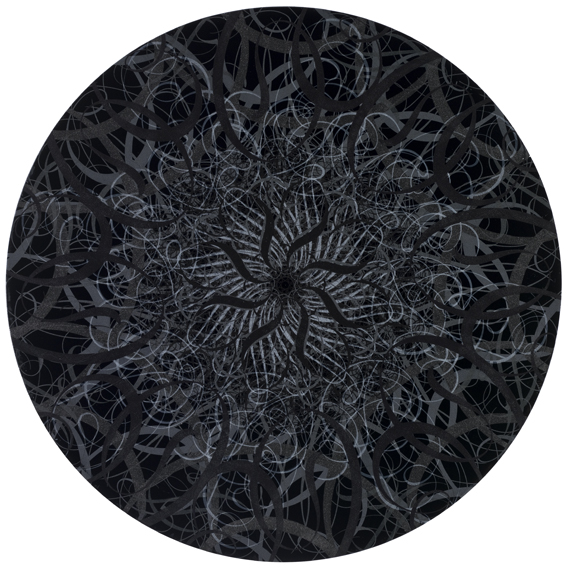 Currently on view at Deitch Projects’ 18 Wooster Street gallery is an installation by Ryan McGinness featuring a number of new silkscreens, paintings, and sculptures. McGinness’s latest work is a further exercise in exploring a riotous semiotics of pop culture and graphic design, often with a tongue-in-cheek art-historical basis. Over the past decade, McGinness has developed an explosive visual language using iconography derived from contemporary graphic design in a process baldly alluding to the likes of Andy Warhol, Jackson Pollock, and Jean-Michel Basquiat. The images McGinness creates, through a laborious process of sketching, drawing, and computer vectoring, are designed to appear anonymous yet embody a distinctly corporate, ‘edgy’ familiarity. Through repetition and superabundance, individual cultural signifiers dissolve into the abstract. A seemingly appropriated, commoditized language converges into the art object, with McGinness drawing upon his design background to blur the lines between commercial design and fine art. And not satisfied with the boundaries proposed by the object, McGinness expands his iconography beyond the canvas and onto the walls, realizing the world he sees when he closes his eyes for the gallery viewer. 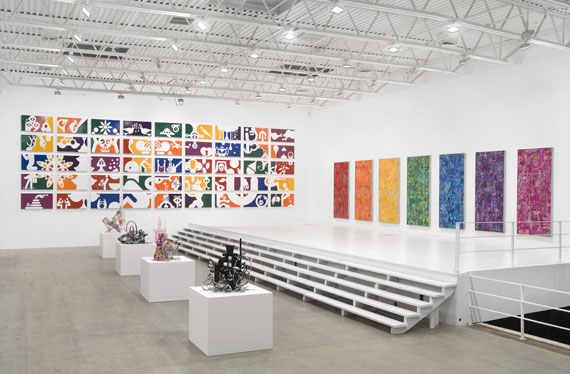 The exhibition at Deitch Projects features a variety of works using this language in different ways. There are a number of large canvases done in a style that McGinness relates to Pollock, covering every bit of free space with an image, reworking the canvas over and over using a palette of rainbow Day-Glo or a rich but muted monochrome gray. Also included are a number of sculptural ‘studies’ wherein the flat images from the paintings are transferred into 3-D, reminiscent of Keith Haring’s sculptures, but much, much busier. 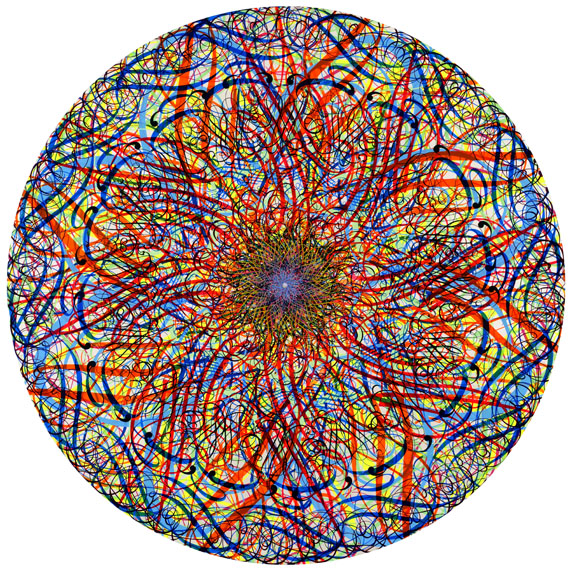 In a side room, McGinness shows some of his black hole paintings, large circular paintings of swirling lines and curlicues painted in fluorescent acrylic, with the lines extending beyond the canvas and lit by black light.  Other black hole paintings shown are smaller and in a dark monochrome. 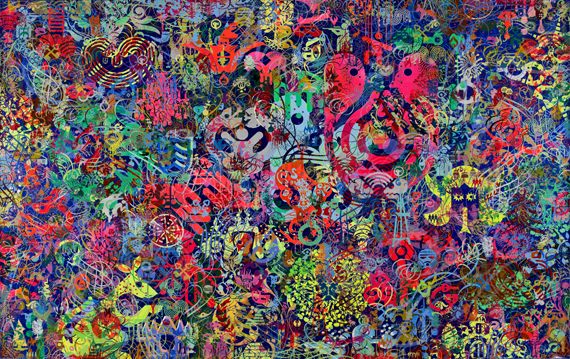 ‘Ryan McGinness Works.’ will be on view at Deitch Projects’ 18 Wooster Street location until April 18, 2009. The exhibition coincides with the release of a book by the same title published by Rizzoli. 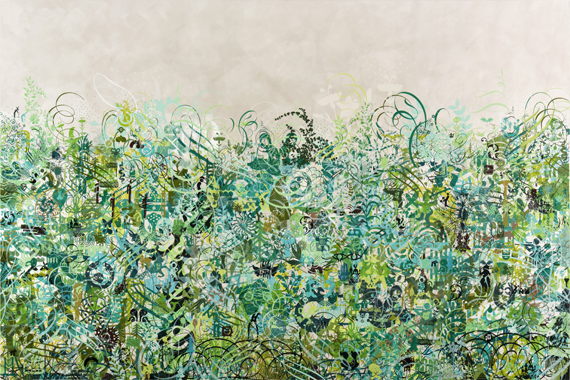 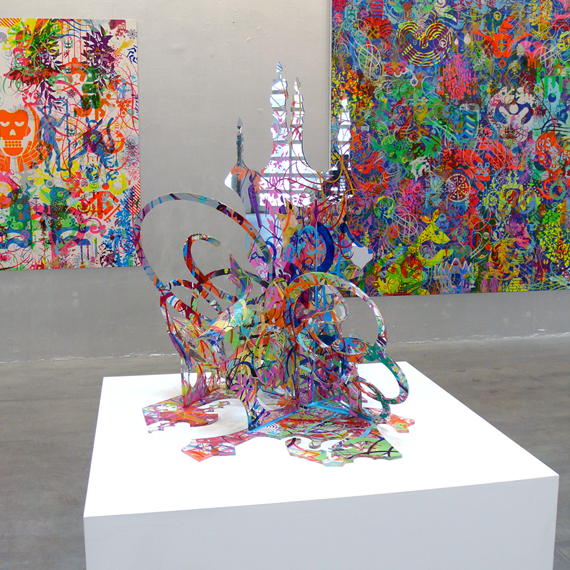 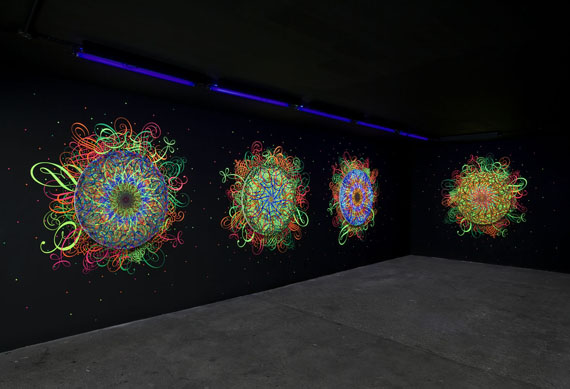 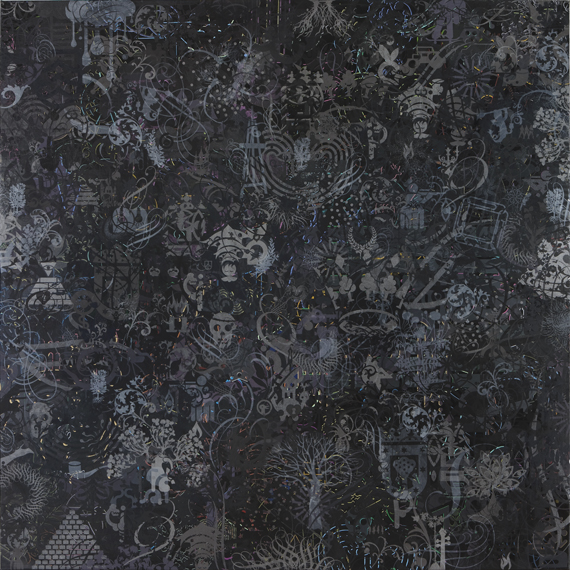 This entry was posted on Monday, March 30th, 2009 at 8:54 am and is filed under Go See. You can follow any responses to this entry through the RSS 2.0 feed. You can leave a response, or trackback from your own site.