Go See: Dustin Yellin's 'Dust in the Brain Attic' at Robert Miller Gallery in New York through May 22, 2009 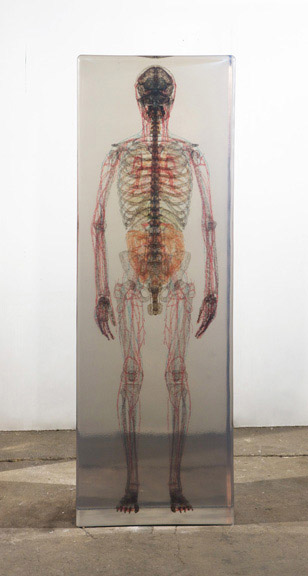 Currently at Robert Miller Gallery in Chelsea is Dustin Yellin’s third New York solo exhibition, ‘Dust in the Brain Attic.’ Yellin’s signature works are composed by building up layers of ink and resin to create what appears to be an entity trapped in amber. Yellin works primarily with organic forms, creating a bizarre taxonomy of suspended plant and animal artifacts, as well as MRI scans of human heads and skeletons. The works skirt between painting and sculpture, and could be more accurately described as 3D painting, with the final forms created by as many as 100 of resin painted with acrylic, ink, or computed generated transfers.  When Yellin spoke with AO before the opening of the show here, he explained that with many of the pieces, the work becomes like a computer code set in motion to create a final product, while with other, more abstract works, the process is far more painterly and inventive. 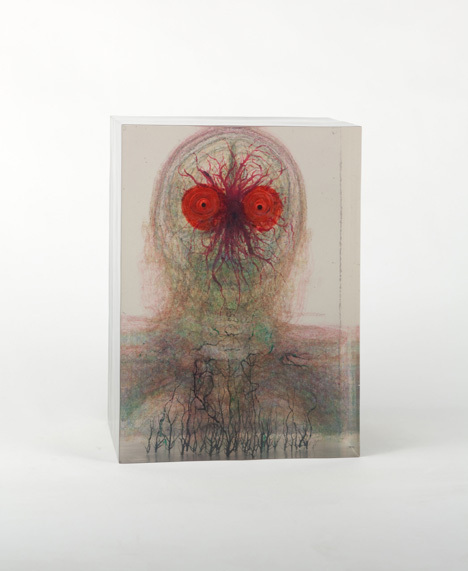 ‘Dust in the Brain Attic’ represents an increase in scale for Yellin, with a number of works up to nine feet high. The exhibition appears as a nineteenth-century curio cabinet  or aquarium fantasy, transforming dry science into imaginative interpretations of the natural world and the beauty found within it. Included in the exhibition is part of Yellin’s Space Garden series, an installation of vines topped by brightly colored fish and flowers to create a park, of a sort, within the gallery. 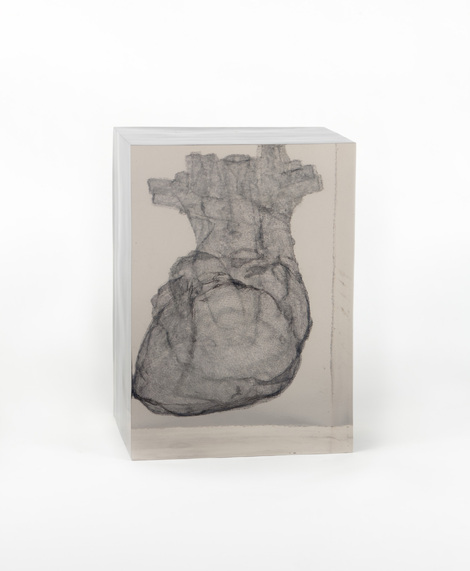 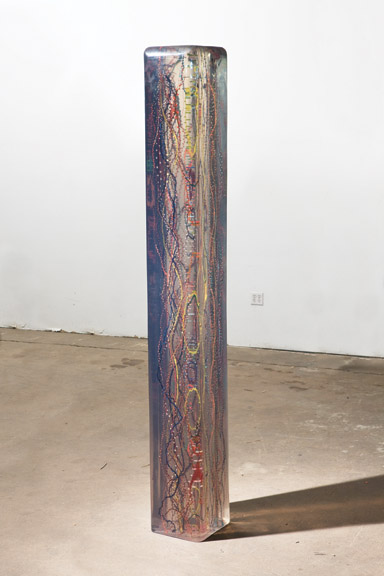 When viewed from the front, the sculptures appear as three-dimensional objects encased in resin. When seen from other angles, however, the illusion becomes apparent and the object dematerializes. Yellin is preoccupied with the influences of technology on life, both human and otherwise, and how those influences can play out in art. Taking off from lush taxonomic drawings and the inherent beauty found in natural forms, Yellin warps his images and infuses them with the magic of technology and his own imagination. ‘Dust in the Brain Attic’ runs April 23 through May 22, 2009 at Robert Miller Gallery in New York. 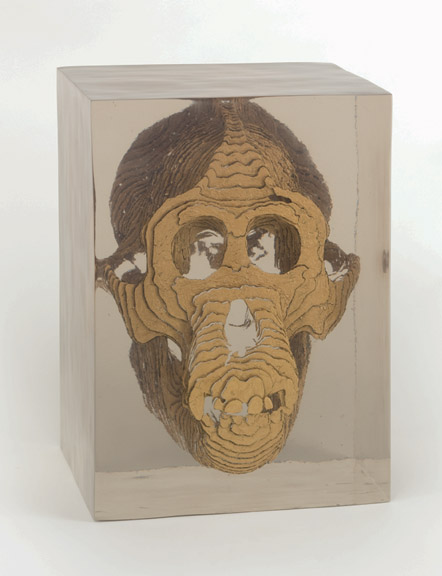 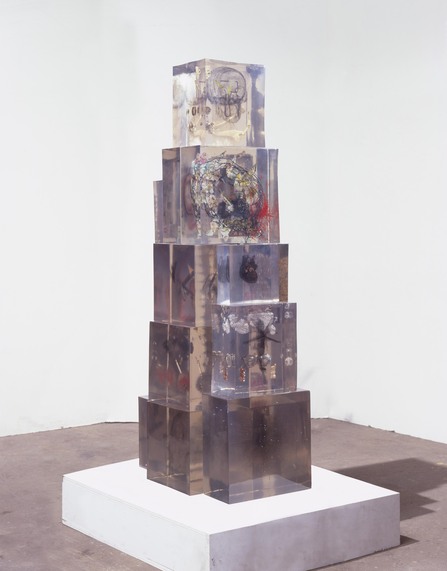 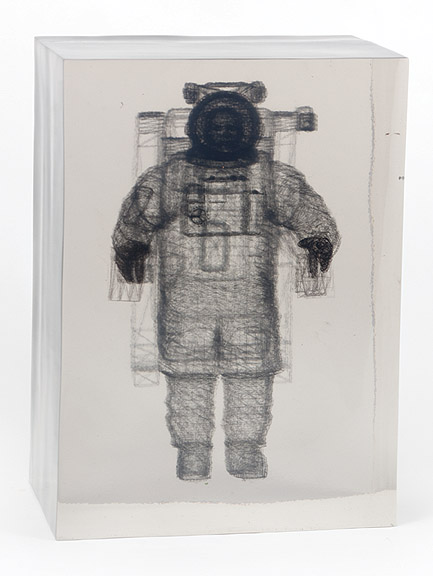 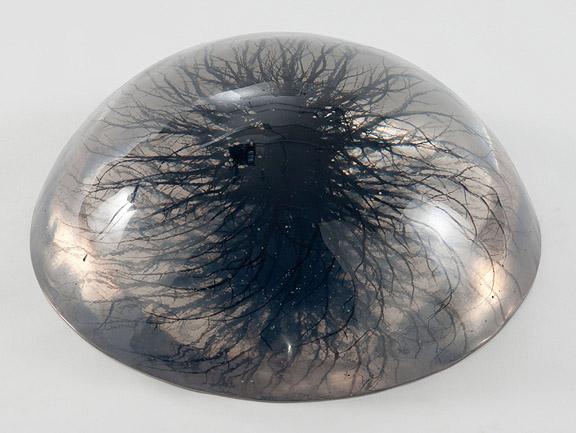 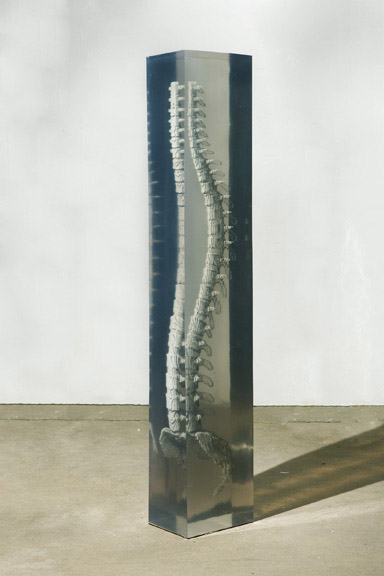 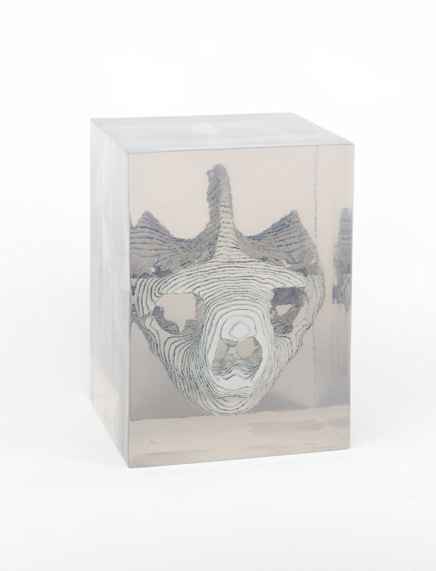 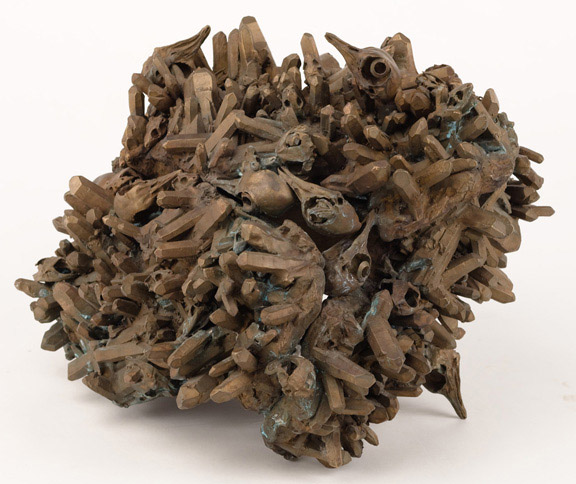 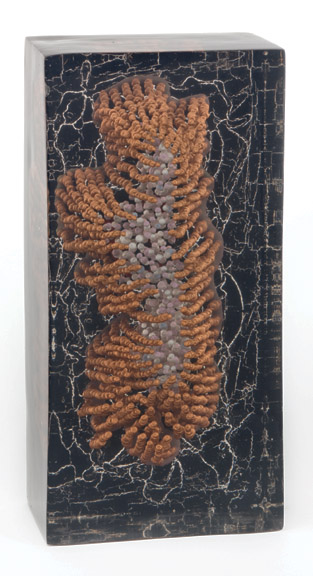 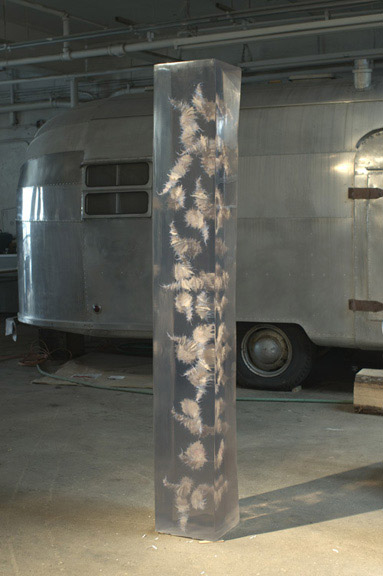 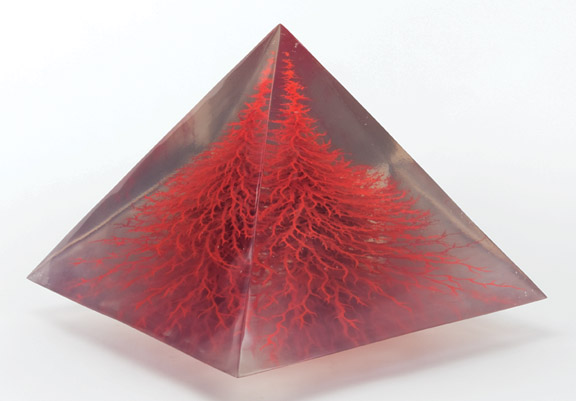 Dustin Yellin’s ‘Pyramid, No. 1 (The Gate)’ via Robert Miller Gallery

‘Dust in the Brain Attic’ represents an increase in scale for Yellin, with a number of works up to nine feet high. The exhibition appears as a nineteenth-century curio cabinet  or aquarium fantasy, transforming dry science into imaginative interpretations of the natural world and the beauty found within it. Included in the exhibition is part of Yellin’s Space Garden series, an installation of vines topped by brightly colored fish and flowers to create a park, of a sort, within the gallery. 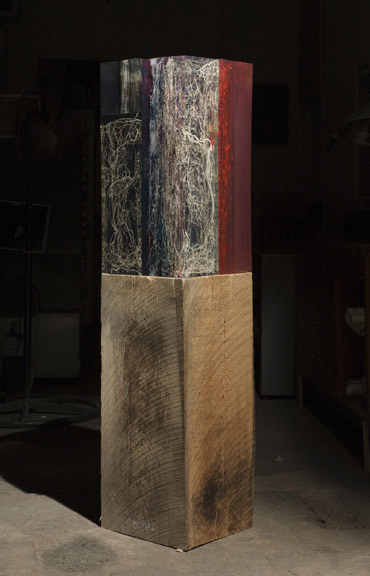 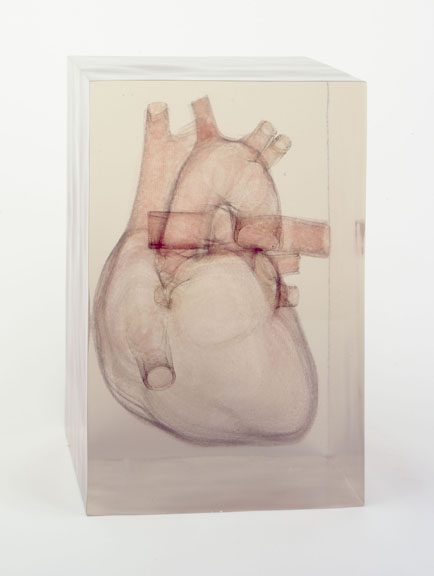 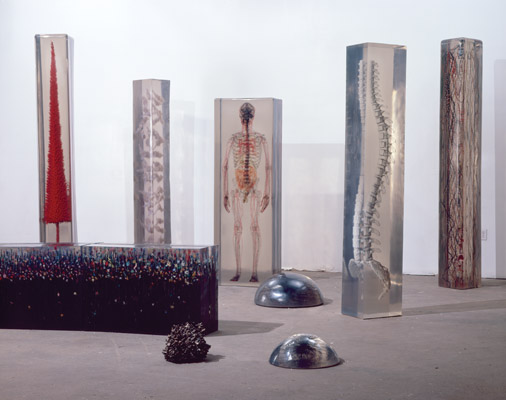 The Texas Tribune June 29, 2011 By Jay Root Texas Gov. Rick Perry, considering a run for the White House, is wading into the Israeli-Palestinian conflict.

Perry sent a letter to U.S. Attorney General Eric Holder this week calling plans by pro-Palestinian activists to protest and potentially disrupt Israel’s naval blockade of Gaza an “unacceptable provocation.” An international group of activists opposed to the restrictions have announced plans to launch a flotilla this week to protest the naval blockade.

“As an American citizen and governor of one of its largest states, I write to applaud your recent efforts to warn and discourage those who have supported or plan to support a flotilla intended to interfere with Israel’s maritime blockade of the Gaza Strip,” Perry wrote. “I write to encourage you to aggressively pursue all available legal remedies to enjoin and prevent these illegal actions, and to prosecute any who may elect to engage in them in spite of your preemptive efforts.” Perry made note of media reports suggesting that “violent anti-Israel organizations” are planning to disrupt Israel’s naval blockade “as early as this week.” Israel says its blockade of Gaza is aimed at stopping weapons from being smuggled into the terriotry. Flotilla organizers say they want Israel to lift restrictions on the movement of people and goods into Gaza. When a flotilla challenged the maritime blockade a little over a year ago, Israeli commandos boarded one of the ships and killed nine people in a controversial operation after they said they ran into resistance from the pro-Palestinian activists. see here israeli palestinian conflict

Following a wave of international criticism from the event, the Jewish nation lifted some of its restrictions on Gaza, a move that boosted the local economy, according to news reports.

It’s not the first time this year that Perry has let the Obama Administration know how he feels about what’s happening in in Israel. But it wasn’t to applaud the Administration’s stance. In May, Perry issued a press release slamming the president for advocating an Israeli-Palestinian peace deal based largely on the land borders that were in place before the 1967 Arab-Israeli war.

“President Obama’s speech today continues a misguided policy of alienating our traditional allies, in this case Israel, one of our strongest partners in the war on terror,” Perry said on the day Obama laid out the new initiative. “As someone who has visited Israel numerous times, I know that it is impracticable to revert to the 1967 lines. President Obama is asking our Israeli friends to give up too much security and territory as a prelude to a renewed peace process.”

This entry was posted on Friday, May 1st, 2009 at 3:46 pm and is filed under Go See. You can follow any responses to this entry through the RSS 2.0 feed. You can leave a response, or trackback from your own site.