Go See: Gerhard Richter's Portraits at the National Portrait Gallery in London through May 31st 2009 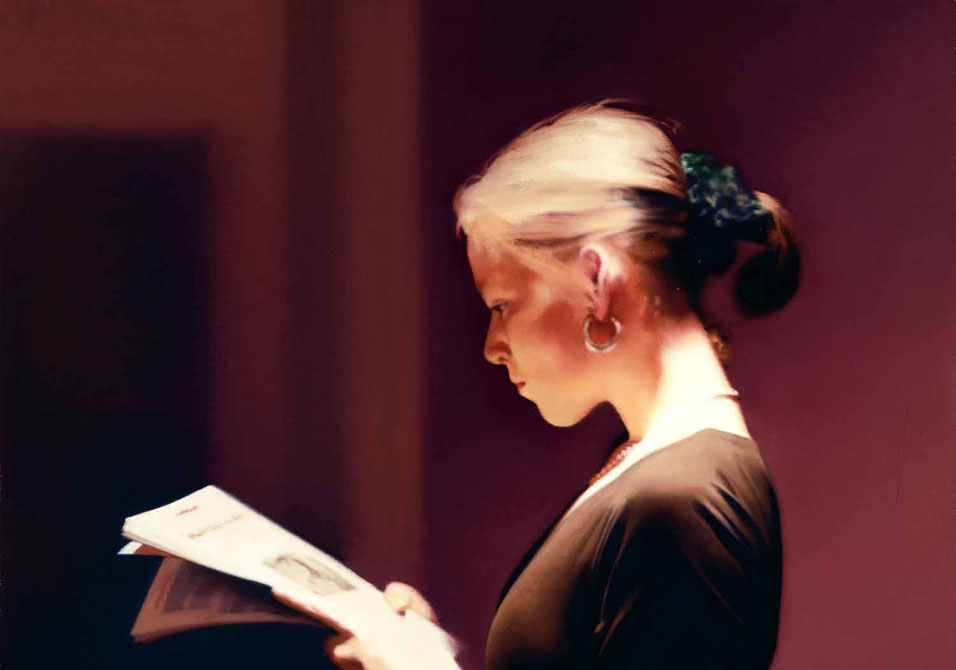 Lesende (1994) by Gerhard Richter, via The National Portrait Gallery

Gerhard Richter Portraits currently at the National Gallery in London is the first major exhibition devoted to one of the greatest living painters. The selection of works date from the 1960s to the present including important early black and white paintings made by looking at magazine photographs, private snapshots, and a special installation of his renowned series 48 Portraits featuring images of modern culture heroes such as Wilde, Mann, Kafka, and Stravinsky. 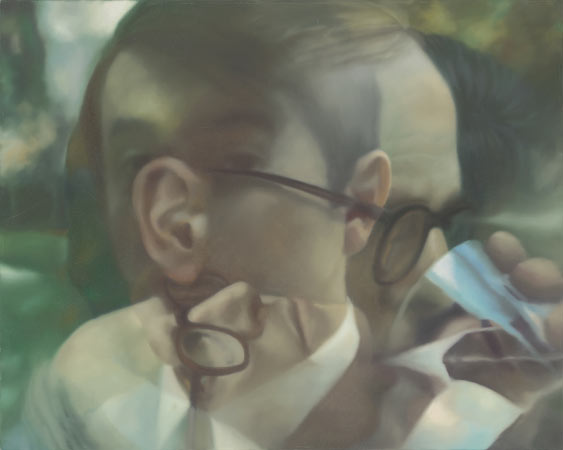 Gilbert and George (1975) by Gerhard Richter, via The National Gallery

Often regarded as one of the world’s leading contemporary painters, since the 1960s Richter’s work includes photographically derived images and expressionistic abstract painting. Portraiture has always been a primal subject matter in Richter’s work, however, until but recently, exhibitions of his art focused on his abstract work. Comprised of around 35 renowned works lent from international public and private collections, the current exhibition further acknowledges the artist’s superb portraiture.   The exhibition is curated by the National Portrait Gallery’s 20th century Curator, Paul Moorhouse. 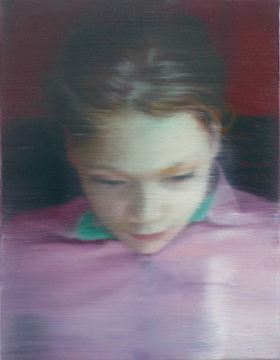 Ella (2007) by Gerard Richter, via The National Portrait Gallery

Richter borrows from the materialism of Pop Art to create work which reflects upon the everyday reality of the physical world. Even while capturing ordinary subjects, the artist blurs and manipulates his subjects to slightly remove them from the reality in which they once were. His work thus questions the nature of photography, identity, and the way images are perceived. 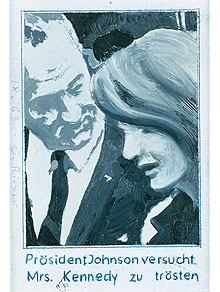 The works are organized chronologically highlighting particular themes which served as sources for Richter’s subjects. Such themes include: The Most Perfect Picture, focusing on the artist’s early use of photographs from newspapers and magazines, Devotional Pictures, examining the use of photographs from family albums, Persistent Uncertainty, the exhibition’s central section which shows how the photographic sources for the artist’s imagery are continually obscured, Art History, which focuses on Richter’s associations with other artists, and Private Images, Personal Portraits, where Richter captures images of his family and of himself. 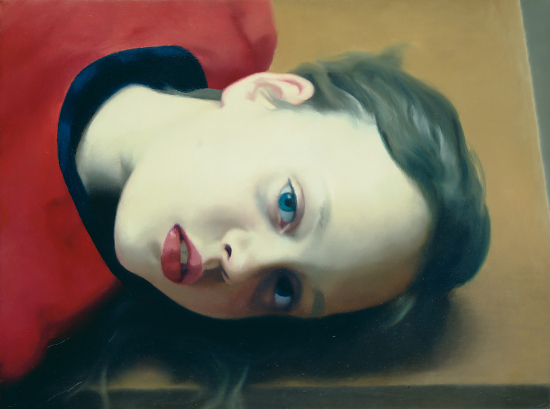 Betty (1988) by Gerhard Richter, via The National Portrait

Grocery analysts say expansion through acquisition would be a smart move for Winston-Salem-based Lowes, especially if it buys or partners with grocers in markets where it wants to expand.

“It makes sense for a regional player like Lowes to acquire them,” said Mark Hugh Sam, a retail analyst at Morningstar.

The announcement came after accounting scandals at Ahold, including charges of improper bookkeeping and inflated earnings at its U.S. Foodservice division and in Europe.

Chuck Gilmer, editor of the The Shelby Report, a grocery trade publication, said the sale will depend on how Ahold chooses to structure a deal. Ahold may want to sell the chains together.

But he said it may also make sense for the company to sell off locations that make geographic sense to various buyers.

“There are a lot of candidates on the board,” he said. “It all depends on the deal.” Dianne Blancato, the spokeswoman for Lowes, which is owned by Hickory’s Alex Lee Inc., denied interest in Bi-Lo. “We’re not looking,” she said.

Joyce Smart, a Bi-Lo spokeswoman, said there was nothing to report yet. “There are a lot of documents that we have to prepare to get it ready to be sold,” she said.

Buying some or all of Bi-Lo’s stores would give Lowes a significant edge in the Southeast’s highly competitive grocery environment. Lowes, which started in Wilkesboro in 1954, now has more than 100 stores scattered throughout the state and Virginia. Bi-Lo has 292 stores, including 135 stores in South Carolina, 46 in Georgia and 48 in Tennessee.

Before Ahold’s financial woes, it had been looking to expand Bi-Lo into the Triangle with as many as five stores.

Lowes hasn’t been shy about acquisitions. Four years ago, the chain bought 13 Hannaford stores, giving the chain a leap in market share in the Triangle. And in 1997, Lowes acquired Byrd Foods, which had about a dozen stores in the Triangle.

According to Hoover’s, which collects and distributes corporate financial reports, Alex Lee had 2003 sales of $2.14 billion, up 8.1 percent from 2002.

This entry was posted on Tuesday, May 12th, 2009 at 2:40 pm and is filed under Art News. You can follow any responses to this entry through the RSS 2.0 feed. You can leave a response, or trackback from your own site.