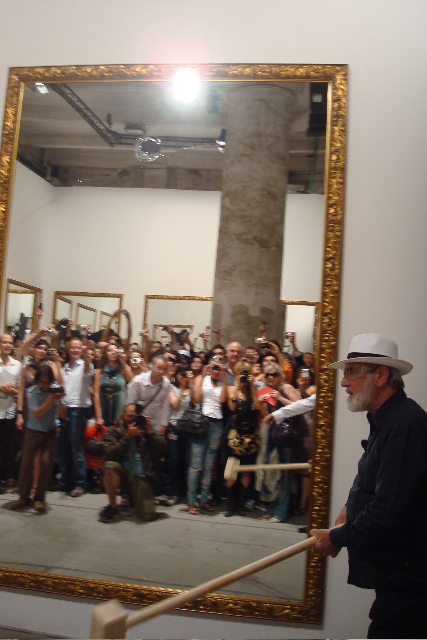 The 53rd Venice Biennale is now open to the public after a press preview June 4-6.  During that time, Art Observed was on site and also has collected some of the relevant news stories covering the event from the global press.

U.S. representative Bruce Nauman won the Golden Lion for best national participation for his exhibition ‘Topological Gardens,’ curated by the Philadelphia Museum of Art.  Also receiving Golden Lions are Yoko Ono, John Baldessari, and Tobias Rehberger, who won the best artist award for his work ‘What you love also makes you cry.’  Highlights of the Biennale include Britain’s Steve McQueen’s film ‘Giardini,’ which portrays the Biennale Gardens when not used as exhibition space, Liam Gillick at the German Pavilion, covered by AO here, Elmgreem and Dragset’s ‘The Collectors’ at the Danish and Nordic Pavilions, and ‘Making Worlds,’ the International Art Exhibition curated by Daniel Birnbaum, both covered by AO here.

more photos and story after the jump… 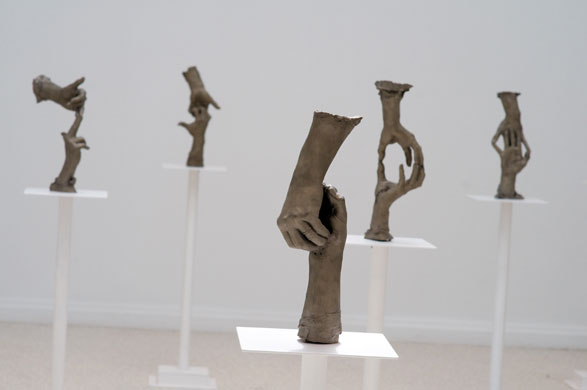 Bruce Nauman won the Golden Lion for best national participation for his installation, ‘Topological Gardens,’ a four decade survey of the artist’s work that includes sculpture and Nauman’s signature neon works. This is the first time since 1990 that an American has won the award, the most prestigious of the Biennale. S peaking of Nauman’s work, the Biennale stated that it ‘reveals the magic of meaning as it emerges through relentless repetition of language and form.’ 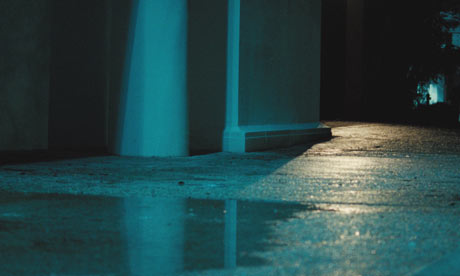 After Britain’s controversial pick of Tracey Emin in 2007, Steve McQueen’s quiet film ‘Giardini’ has had a more evenly positive response. The film looks at the Giardini, one of the major exhibition spaces of the Biennale, when it is not in use. McQueen won the Caméra d’Or at last year’s Cannes Film Festival for his first feature film, ‘Hunger.’ 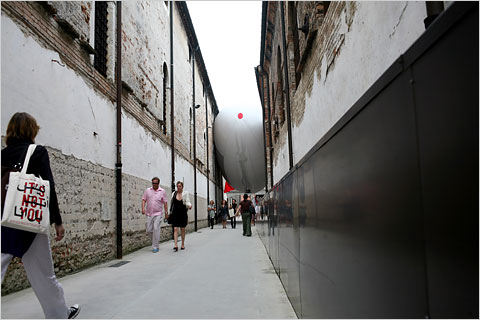 Mexican artist Hector Zamora has created a number of blimps, stuck in between buildings and floating around the city. Zamora also created corresponding videos of blimps flying above Venice. 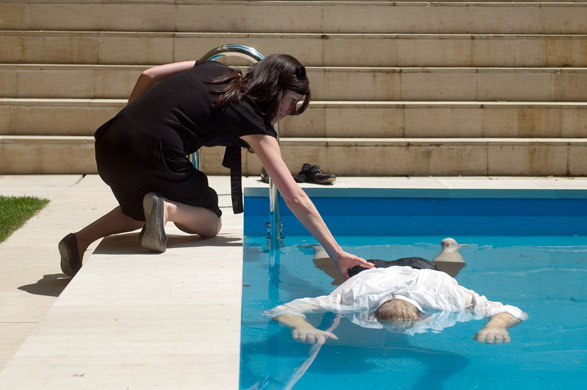 Curators Michael Elmgreen and Ingar Dragset have teamed together, jointly representing the Danish and Nordic Pavilions for an installation called ‘The Collectors.’  More detailed coverage of these pavillions can be found by Art Observed here. The installation includes work by several artists, including Wolfgang Tillmans, Jonathan Monk, Terence Koh, and others. The crux of the installation is the home of fictional curator, Mr. B, who is found floating dead in the pool outside. 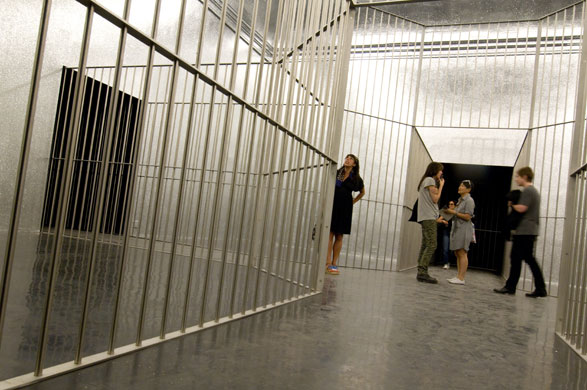 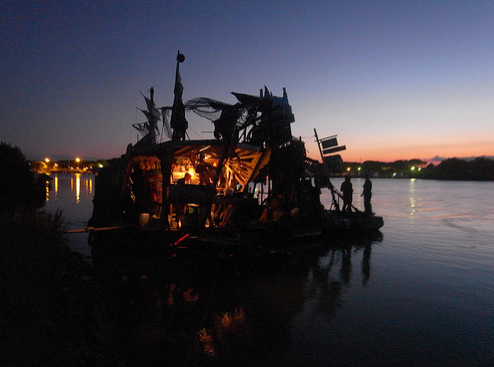 Brooklyn graffiti artist Swoon, while not officially part of the Biennale, has crashed the party with three boats made of found objects.  Two of the boats are made from debris fromNew York city, while the third’s materials come from Slovenia, where the boats were assembled. 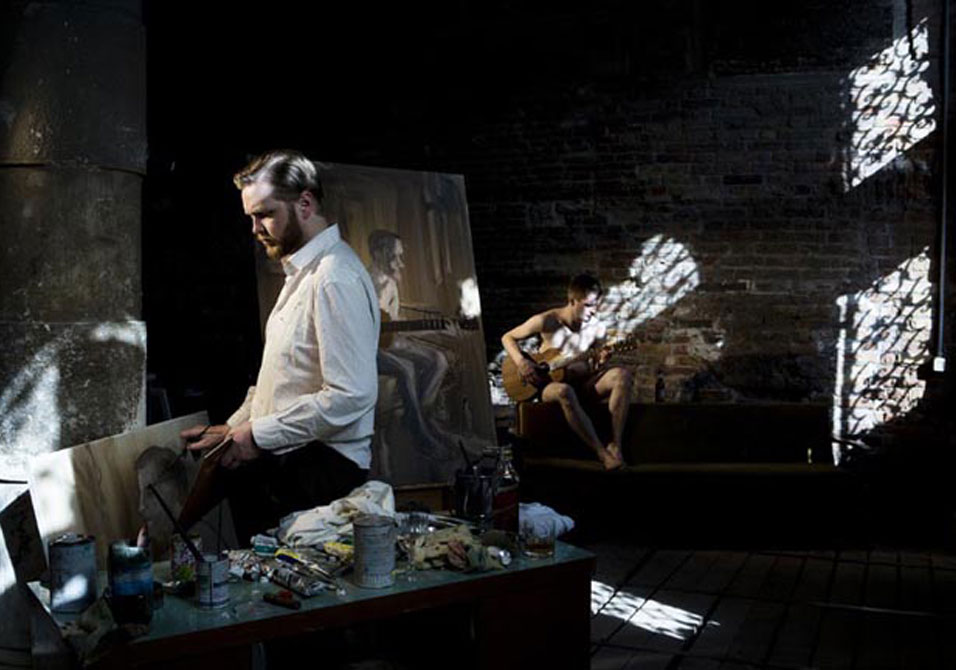 Ragnar Kjartansson in ‘The End’ at the Icelandic Pavilion via Artdaily

British artist and theorist Liam Gillick is the first non-German to represent Germany. The German Pavilion was rebuilt in 1938 under Hitler’s orders, and the fascist architecture remains controversial. Gillick decided to leave the original architecture untouched in his installation, and insert ultra-modern, nearly non-ideological wooden cabinets throughout the building.  More detail from this exhibition can be found by Art Observed here. 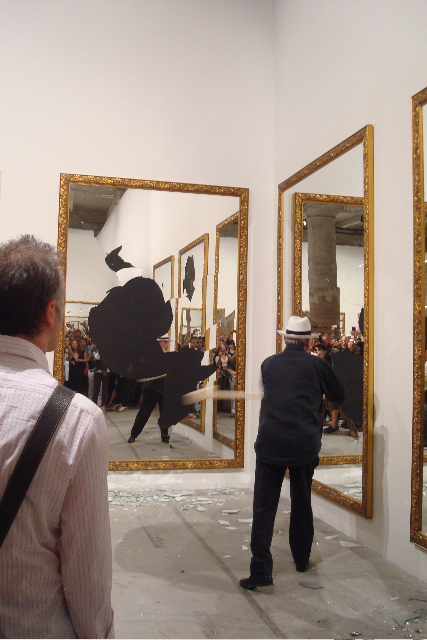 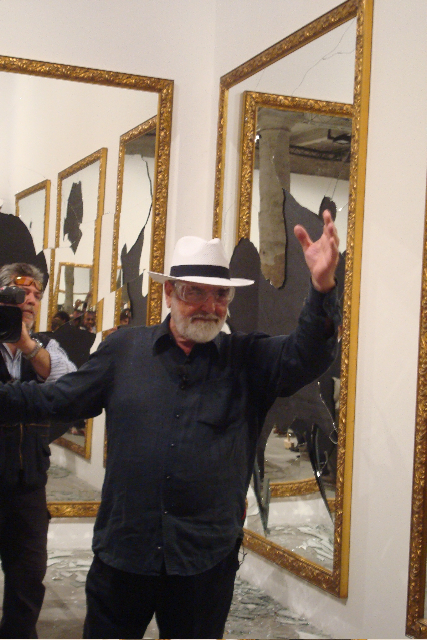 The above are photos by  Art Observed of, “If art is lifes mirror, then I am the mirrormaker.”(Michelangelo Pistoletto,Division and Multiplication of the Mirror,1978)  During the opening day of this year’s Biennial on June 4th, some visitors might have wondered about the simplicity of Michelangelo Pistoletto’s installation in Daniel Birnbaum’s Arsenale.  Unlike Pistoletto’s latest silkscreen print mirrors shown at Luhring Augustine in New York in November last year, the Arsenale mirrors didn’t have any narrative elements until the artist put his final touch with the help of a wooden hammer duringa crowded performance in the afternoon of June 5th. 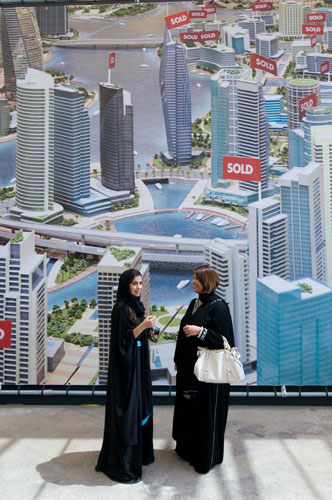 Spectators at Abu Dhabi’s ADACH Pavilion via The Guardian 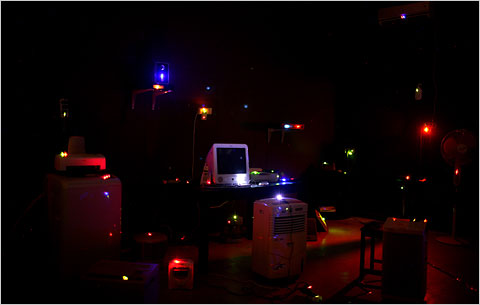 Ogata Kinichi, Illya Chichkan and Yahara Misuhiro at the opening of the Ukrainian pavilion at the Venice Biennale via The Times 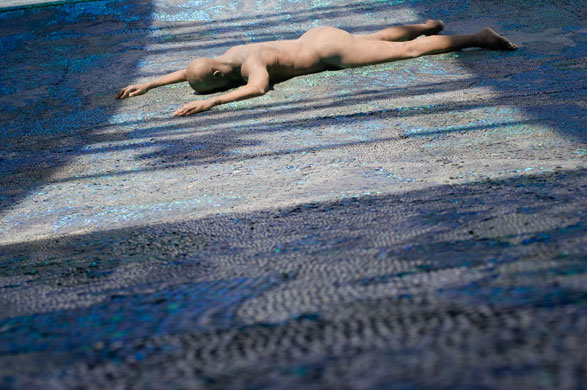 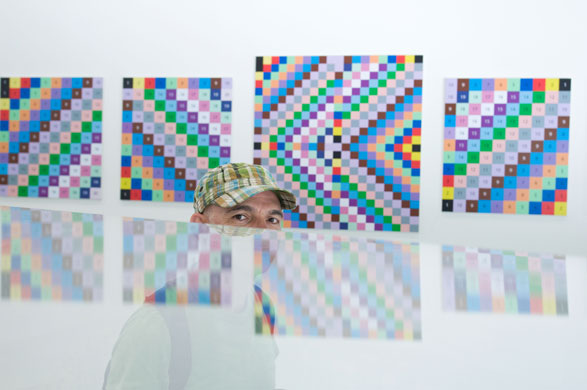 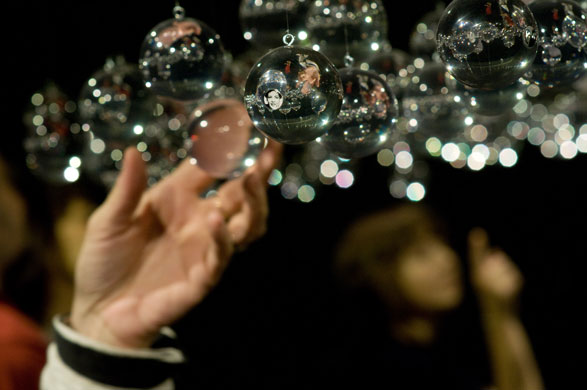 – Photos and on site coverage by Stephanie Weber

This entry was posted on Tuesday, June 9th, 2009 at 7:58 am and is filed under AO On Site, Art News. You can follow any responses to this entry through the RSS 2.0 feed. You can leave a response, or trackback from your own site.