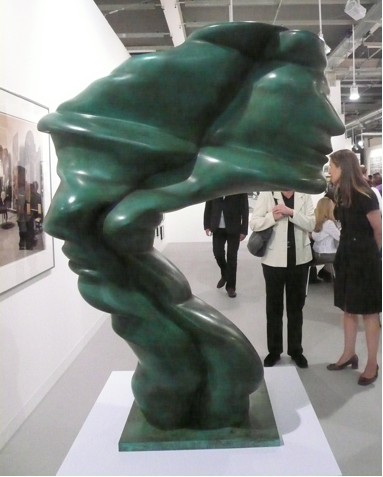 The 40th installment of Art Basel runs this year from June 10 to the 14th.  The annual event, dubbed the “Olympics of the Art World” by the New York Times, includes this year over 2,500 artists, and works exhibited in almost 300 galleries around the world.  Works range in medium, from painting and drawing to sculpture, installation art, photography, and video.  Featured are both old masters of modern art and contemporary artists: among this year’s roster are the works of Pablo Picasso, Paul Cézanne, Jackson Pollock, Marcel Duchamp and more, alongside that of today’s artists, including John Baldessari, Vanessa Beecroft, and Rebecca Horn. 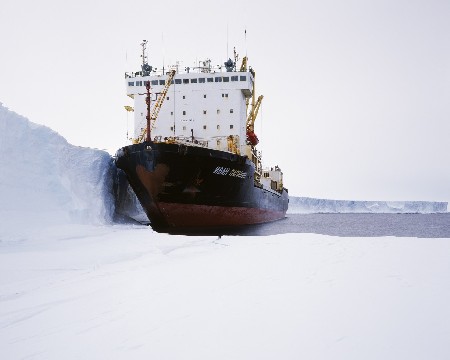 Whiteout, by young artist Geert Goiri, to be included in Art Basel. via Research Platform for the Arts.

Launched in 2000, Art Unlimited is a space for art that does not fit within the traditional gallery booth, including large sculptures and installations, and live performance. This year’s edition includes works by Sigmar Polke, Nan Goldin, Aernout Mik, Roni Horn, Banks Violette, and others. 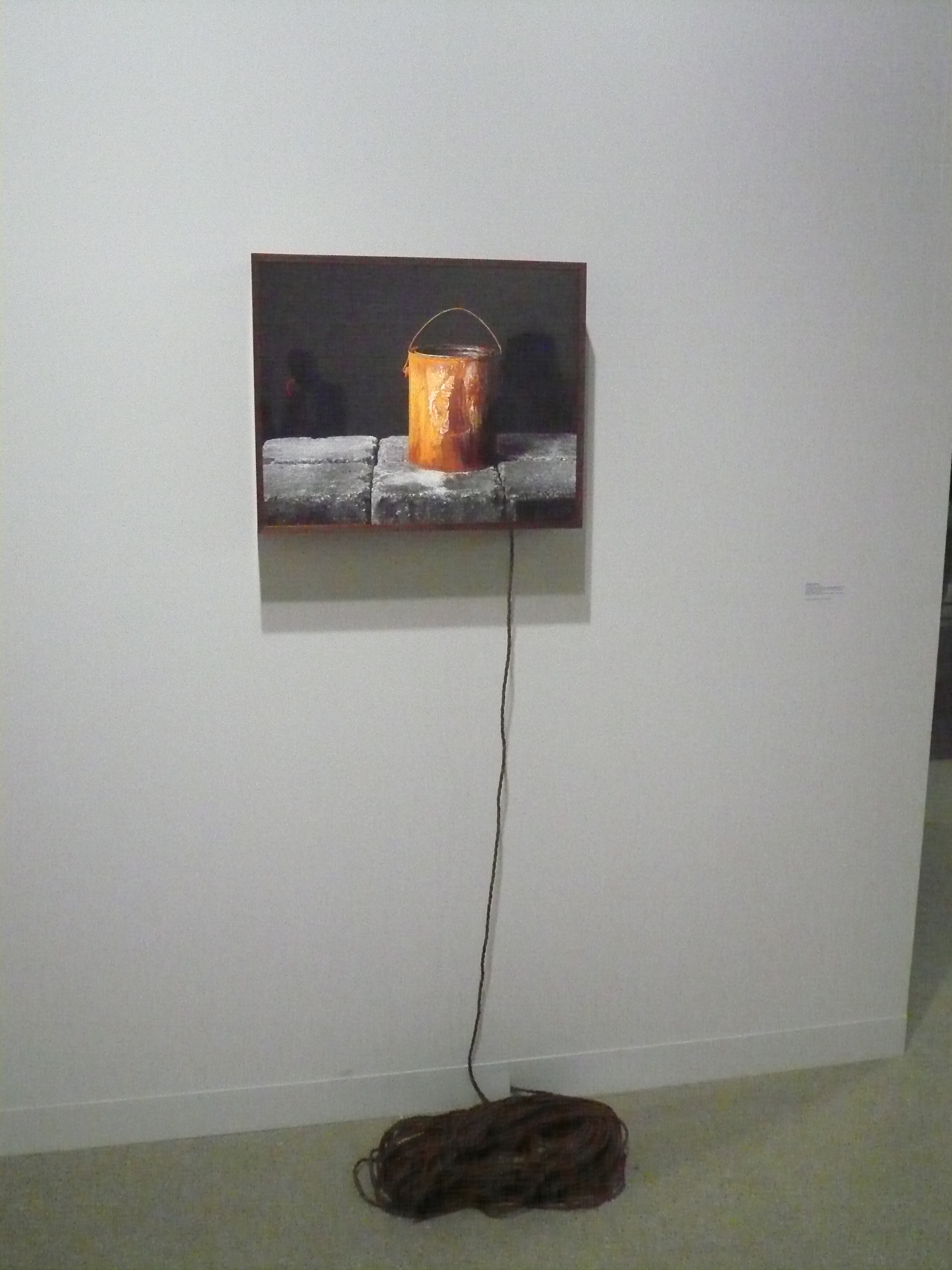 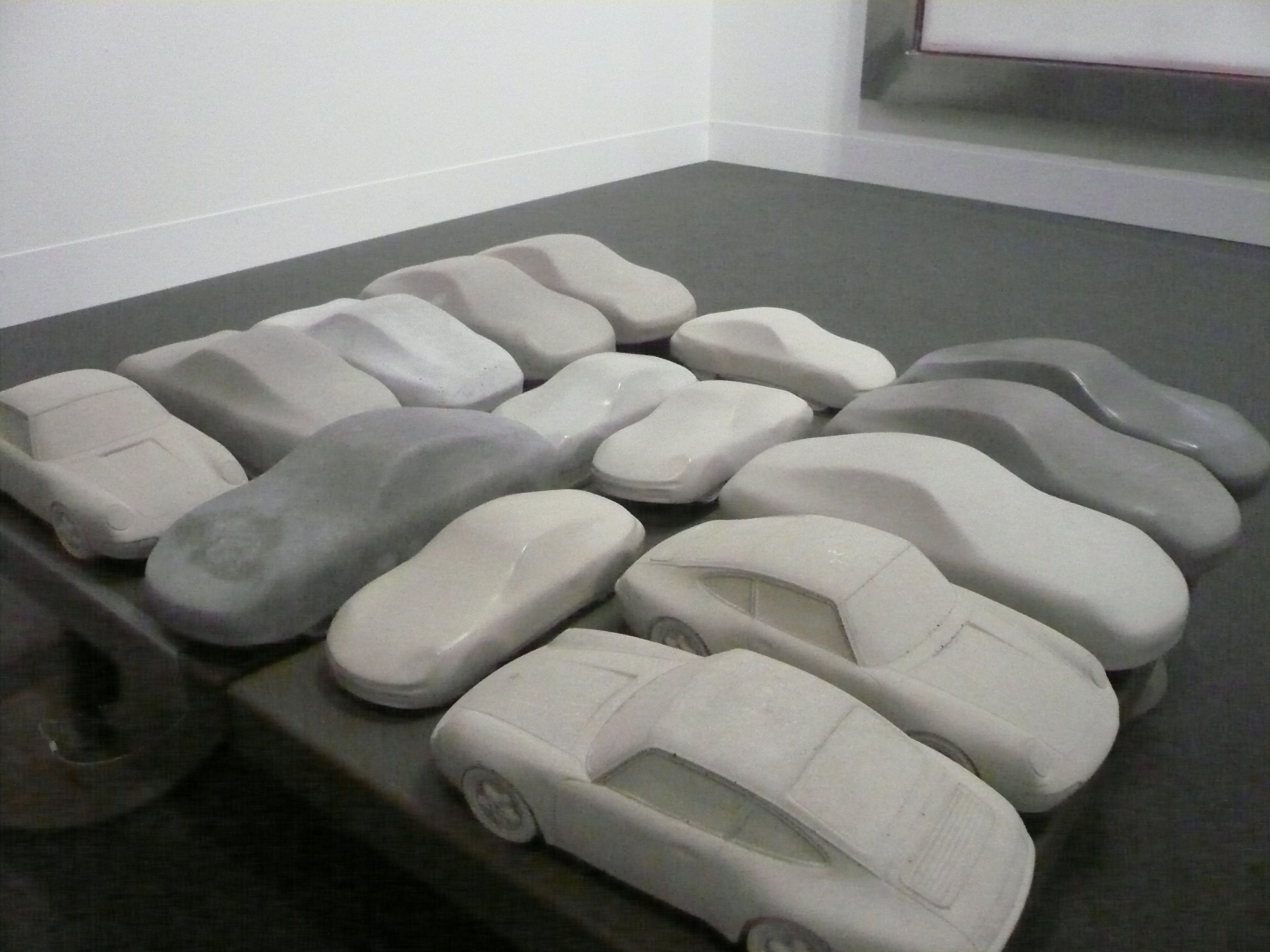 Another highlight this year is Il Tempo del Postino (Postman Time), which The Independent has called “the world’s first visual arts opera.”  Over fifteen artists, from Doug Aitken to Tacita Dean, will contribute an act to this collaborative performance, organized by Art Basel, Fondation Beyeler, and Theater Basel.  Presented once before at the 2007 Manchester International Festival, Il Tempo del Postino will include, for the first time at Basel, Thomas Demand and Peter Fischli, with David Weiss.  Curated by Hans Ulrich Obrist and Philippe Parreno, and designed by Peter Saville for Basel, Il Tempo del Postino will be presented three times at Art Basel.  The group exhibition seeks to “occupy time rather than space,” in an homage to the ideal of collaborative art — and in a redefining of the visual arts. 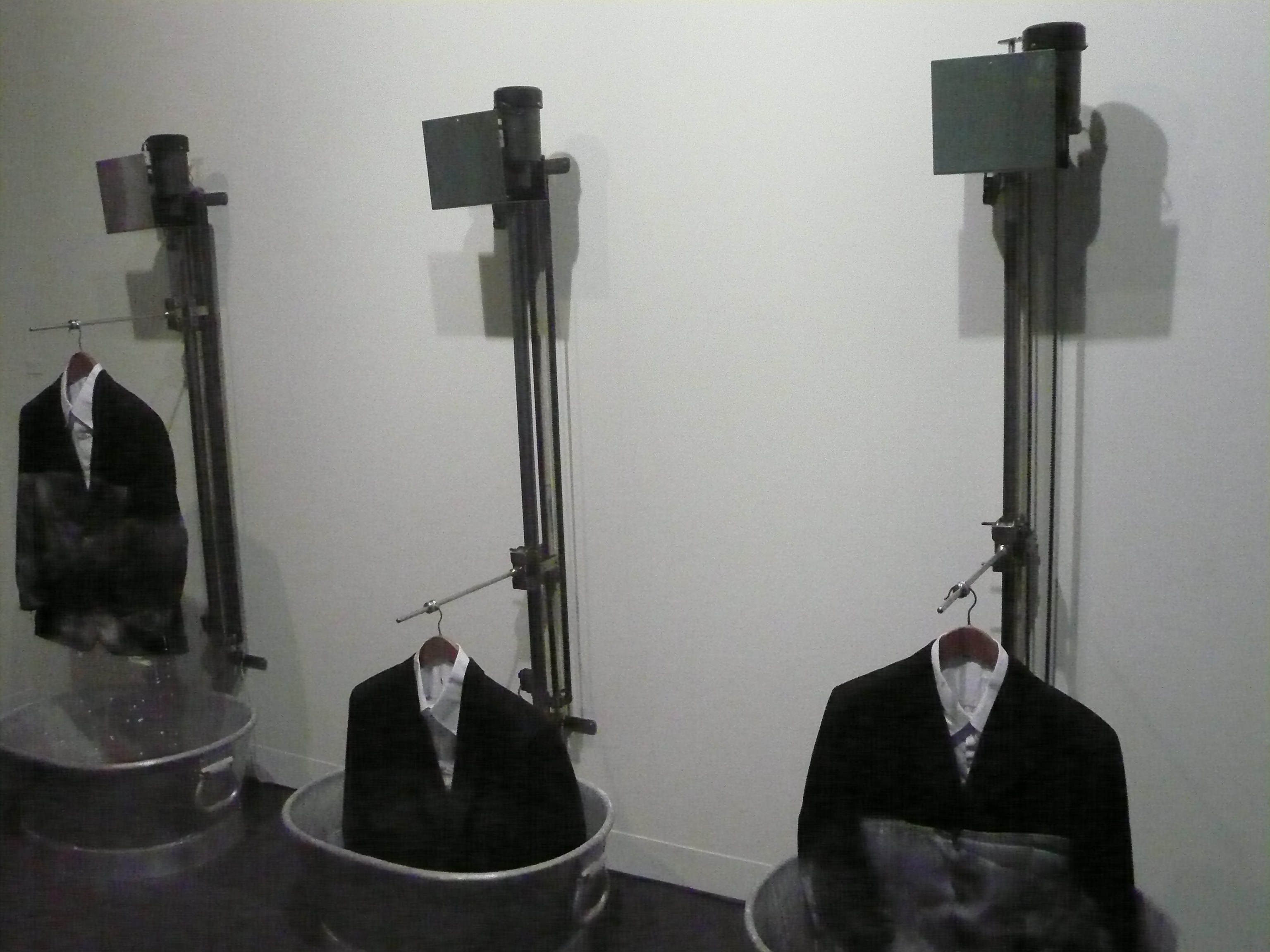 Above and below, a section of Sudarshan Shetty’s Basis-Wien (Leaving Home) (2008), courtesy of Galerie Krinzinger Vienna, at Art Basel. Photos by Art Observed. 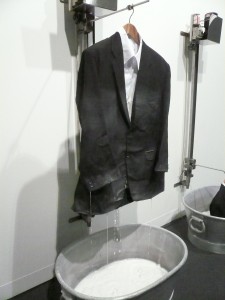 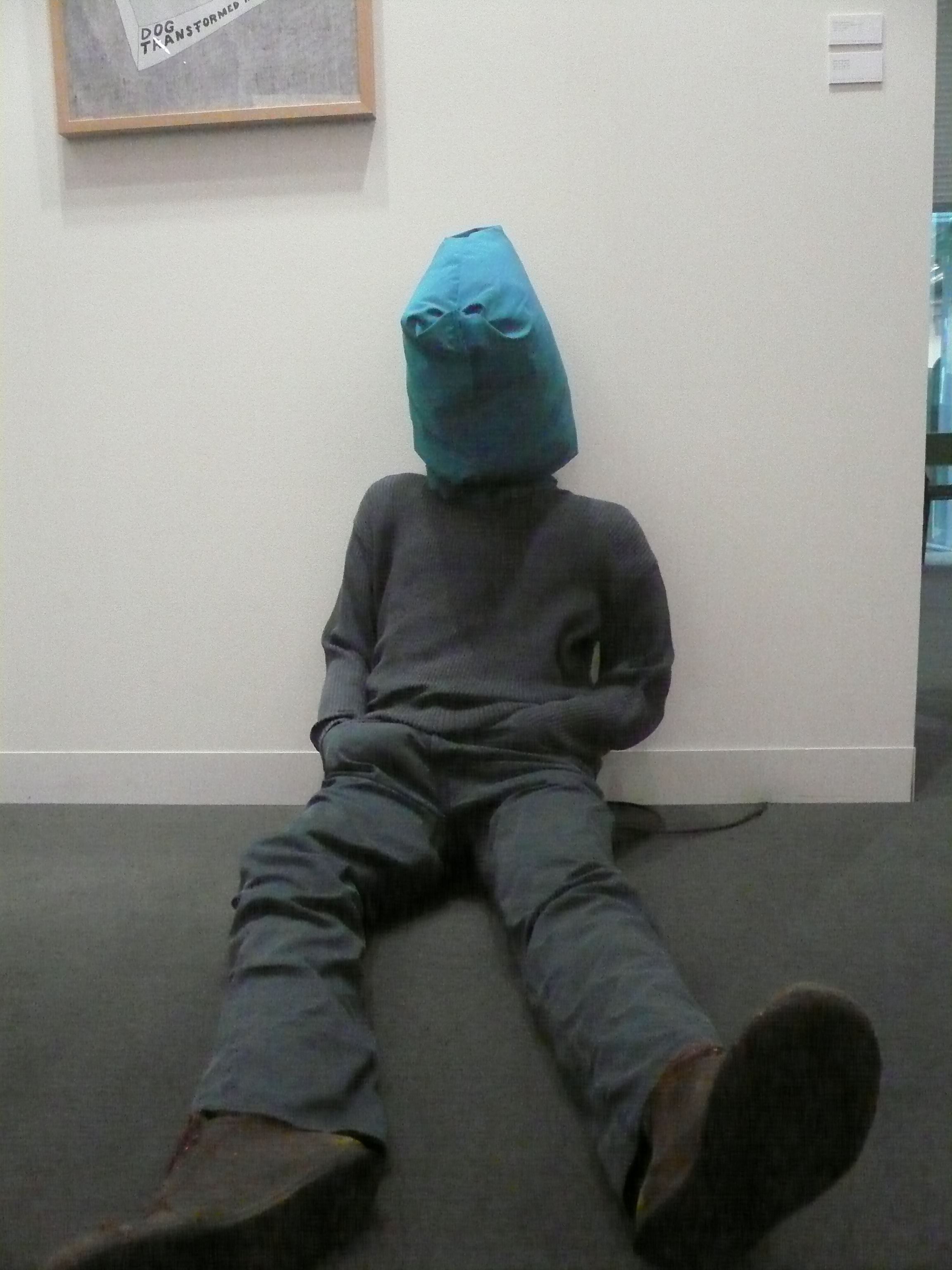 In addition to the various exhibitions and discussion forums throughout the celebration, Art Basel will host three Conversations a day.  Topics range from “The Future of the Museum: Digital Frontiers” to “Artistic Production: Collecting Performance” and “Public/Private: Institutions: A Time of Crisis — and Opportunity?”.  The inaugural Conversation will feature Jeff Koons and curator Sir Norman Rosenthal; further highlights include talks by Mark Leckey and Peter Zumthor. 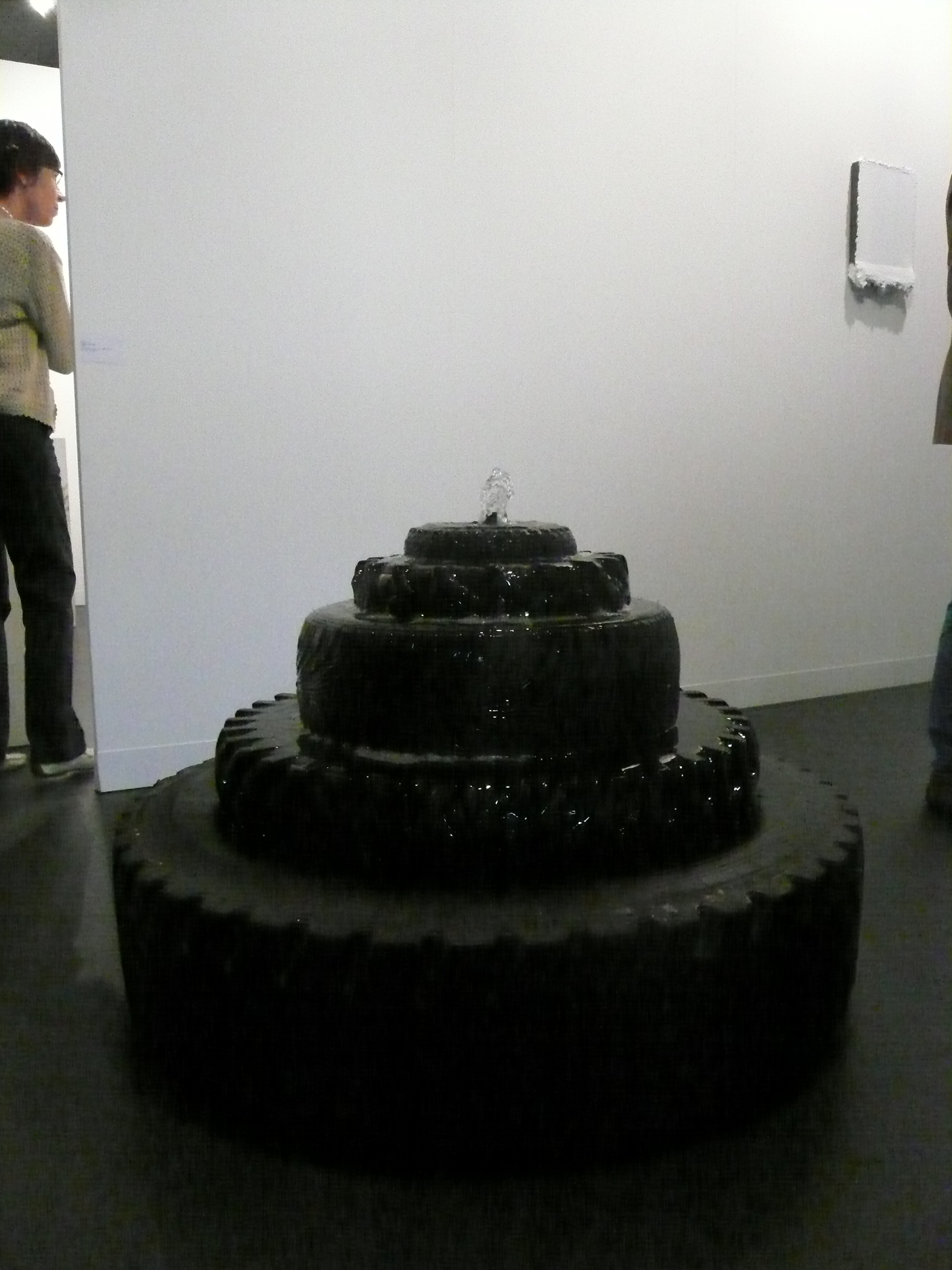 After this spring’s significantly restrained auctions, the mood of the market after the first day appears elevated. Many dealers brought less expensive works by more established artists, with far fewer works priced over $1 million than last year. Though American presence is diminished this year, the initial reaction is that market jitters have calmed and dedicated collectors have started to swoop in for bargains. One American who did appear was movie star Brad Pitt, who bought a Neo Rauch painting for just under $1 million. 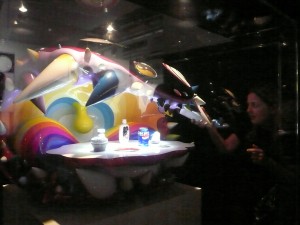 Above and below, The Simple Things (2008), by Takashi Murakami and Pharrell Williams, at Art Basel.  Courtesy of Galerie Emmanuel Perrotin. Photo taken by Art Observed. 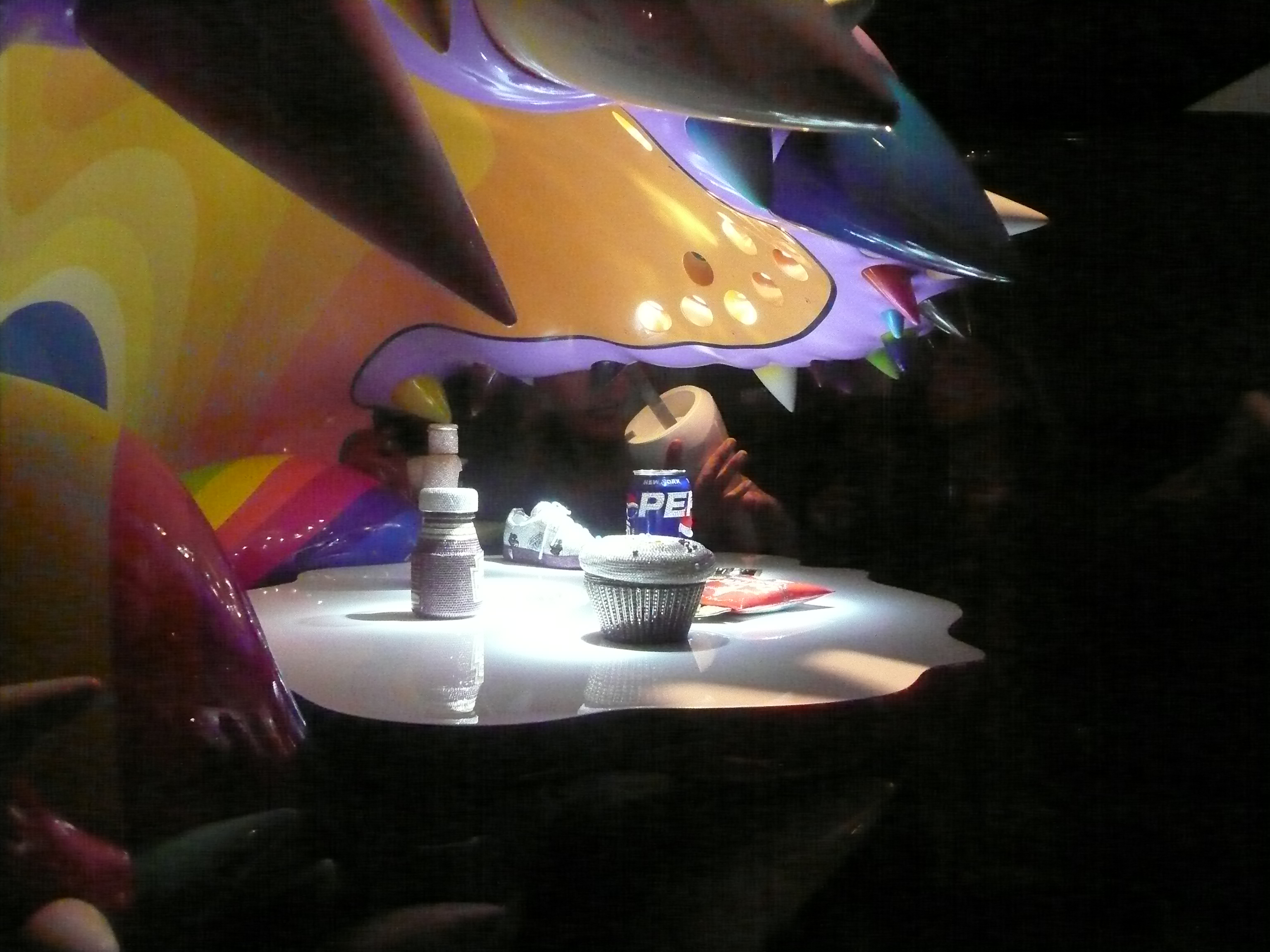 One of the fair’s main attractions is a sculpture made by Takashi Murakami in collaboration with musician and designer Pharrell Williams. Two years in the making, the gold, diamond-encrusted piece is reminiscent of an era that ended with Lehman Brothers, but dealer Emmanuel Perrotin, who represents Murakami, called it “anti-bling,” and Williams said, “I wanted people to see the value of simple things with some of the staples of American culture.” It sold jointly to two collectors for €2 million ($2.8 million). 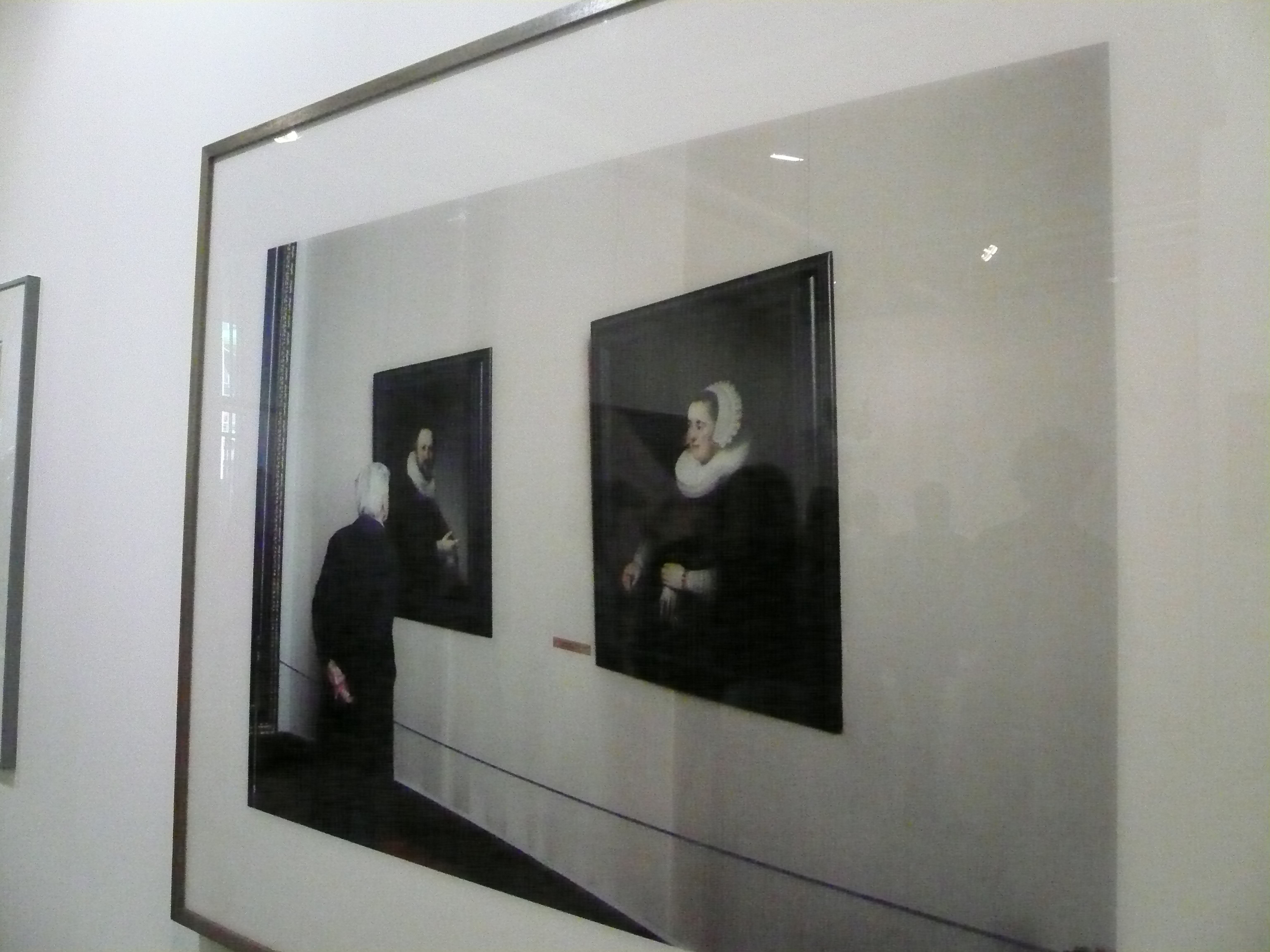 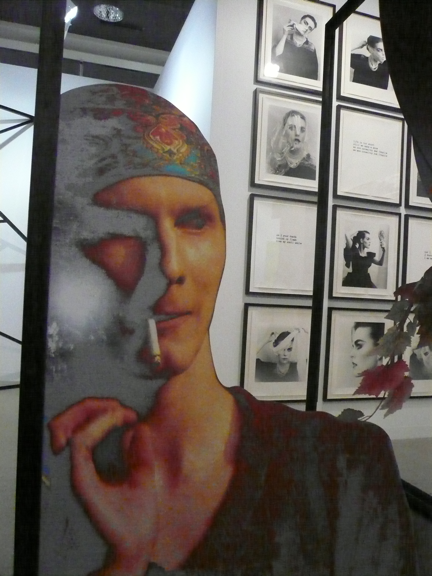 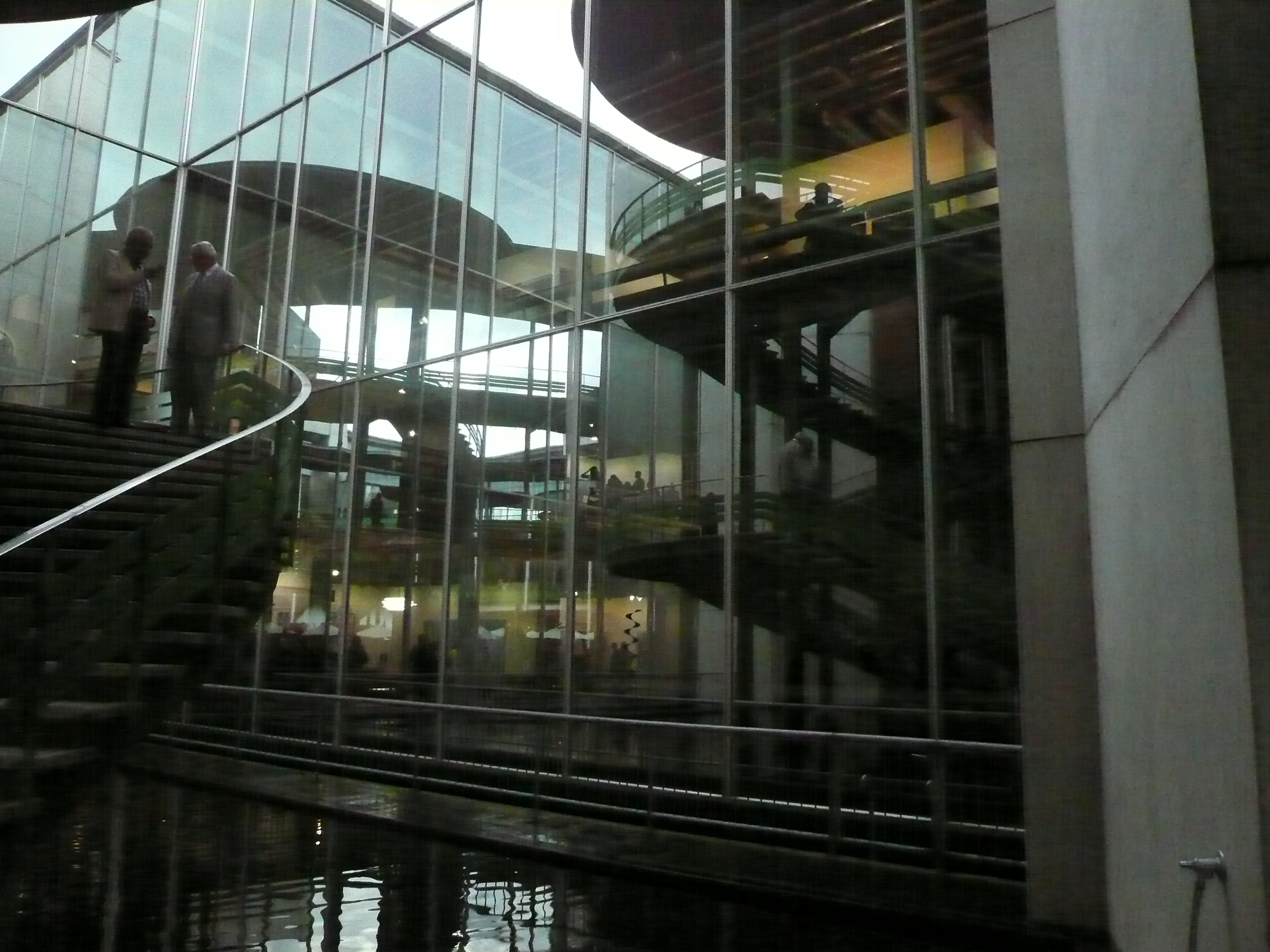 One artist whose prices have not been affected by the downturn in the market is Anish Kapoor, whose latest and most technologically-advanced sculpture is priced at 1 million pounds ($1.6 million). Andy Warhol’s prices, however, which rose rapidly during the boom, have fallen considerably. His ‘Big Retrospective Painting,’ an 11-meter-long mash-up of his iconic imagery, sold for an alleged $80 million four years ago, but is now on consignment with Bruno Bischofberger for $74 million. 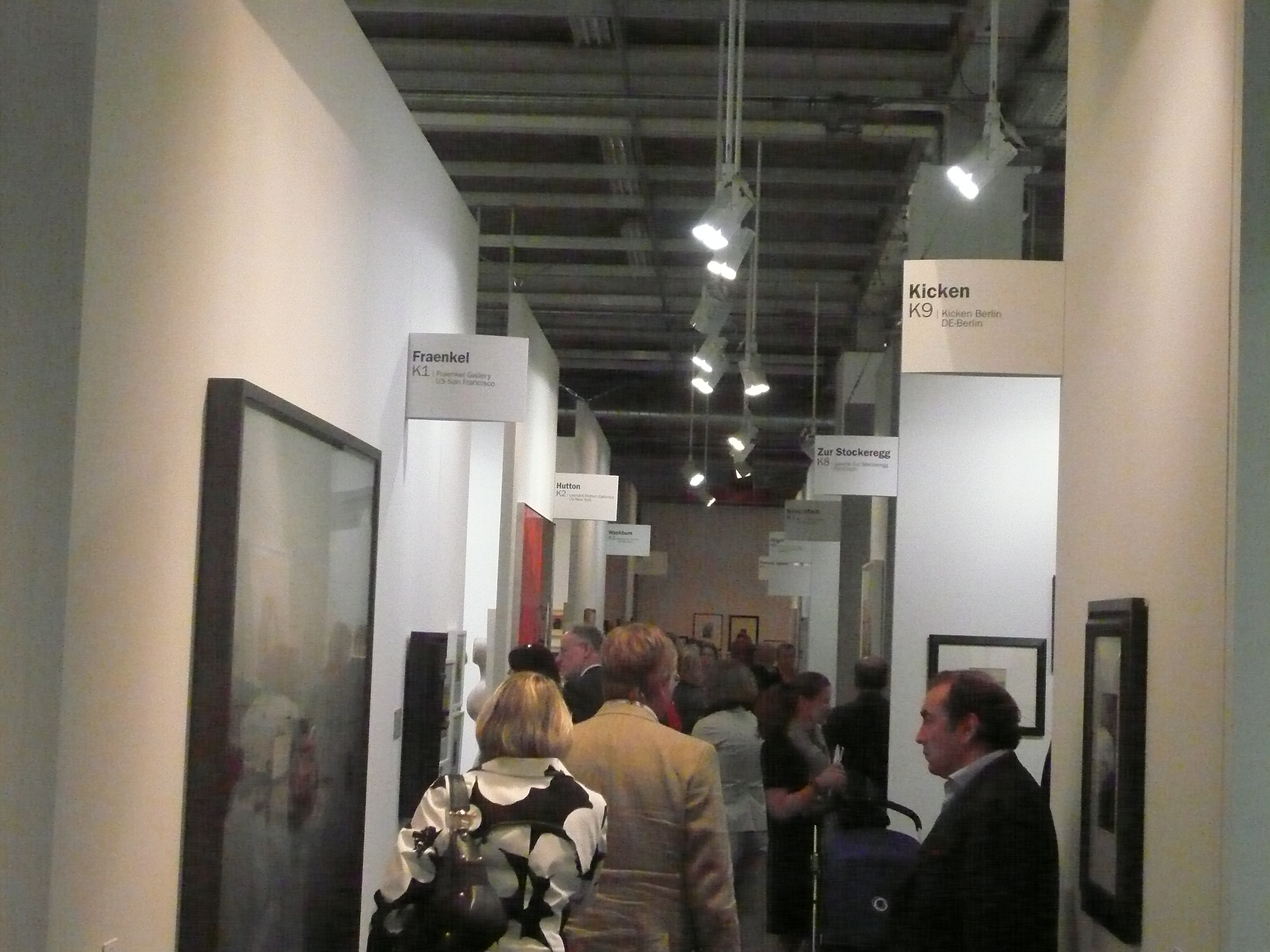 The crowd at the fair, Photo by Art Observed 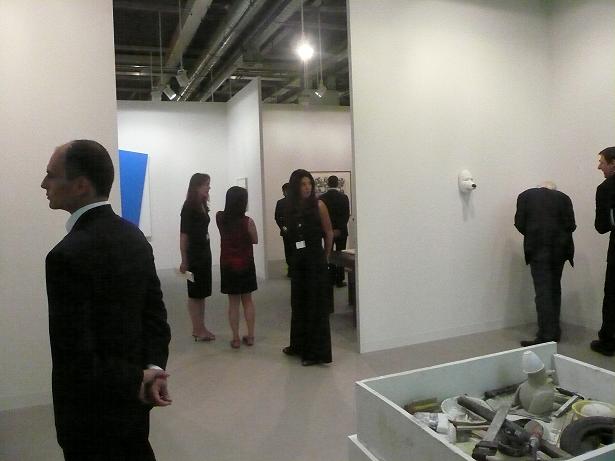 More of the crowd at the fair 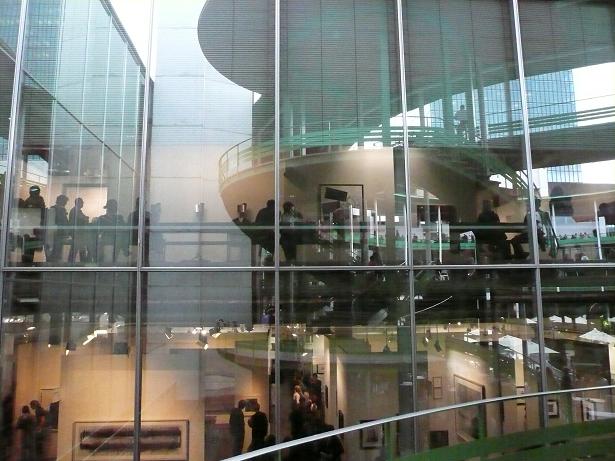 Different floors of the exhibition hall through the atrium

Below, parts of the sculpture garden at Art Basel.  All photos taken by Art Observed. 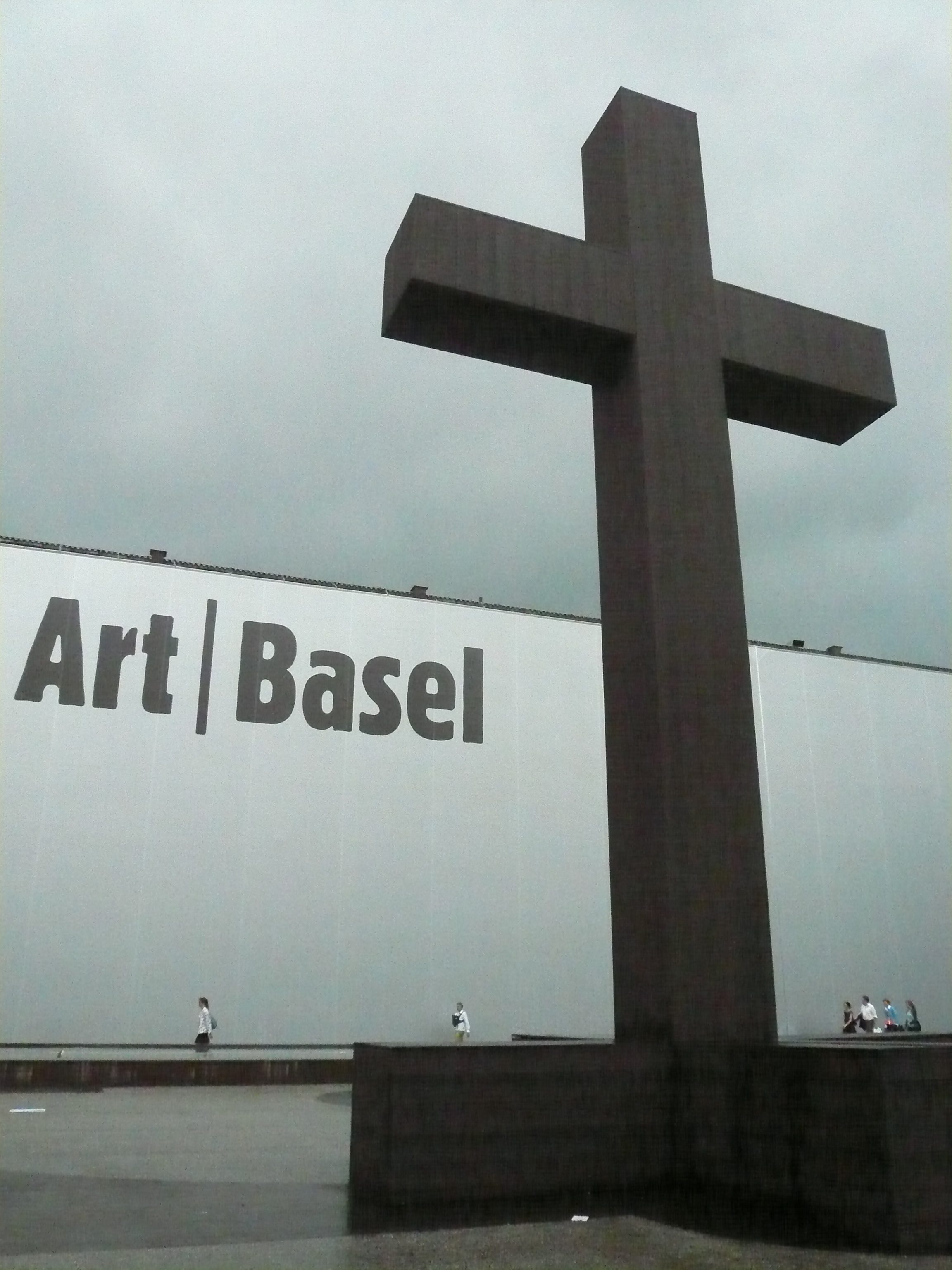 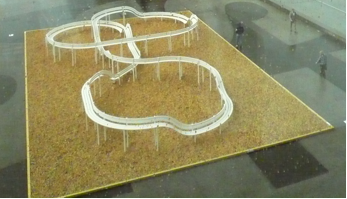 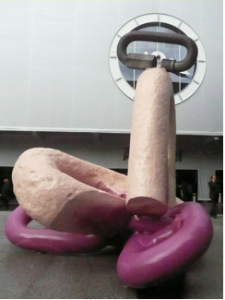 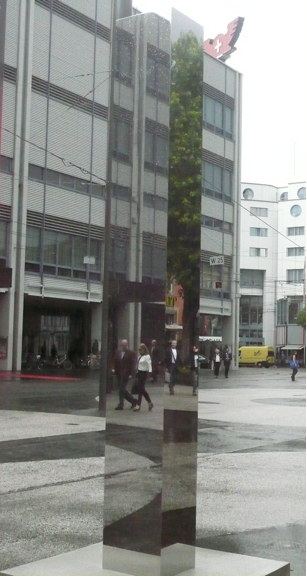 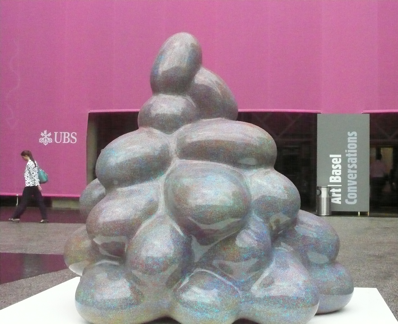 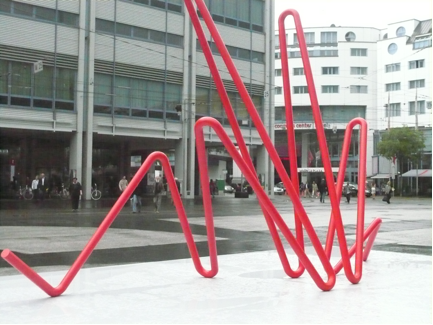 This entry was posted on Wednesday, June 10th, 2009 at 5:42 pm and is filed under AO On Site, Art News. You can follow any responses to this entry through the RSS 2.0 feed. You can leave a response, or trackback from your own site.