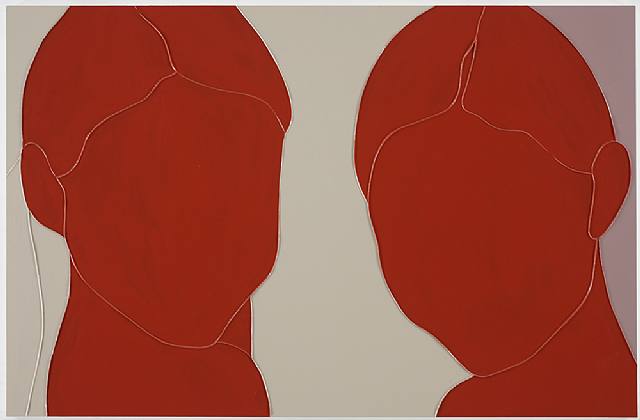 Currently showing at Matthew Marks Gallery are 13 paintings by British artist Gary Hume.  Known for emerging onto the London art scene in the 1990’s with his ‘door paintings,’  Hume’s latest work evokes the rural environment of his studio space; an old barn in the Catskills of upstate New York, where all pieces were completed.  While representational paintings of hospital doors were found in Hume’s earlier work, his current show includes barn doors, along with images of blackbirds, roses and daisies, “all things he sees from his window.” 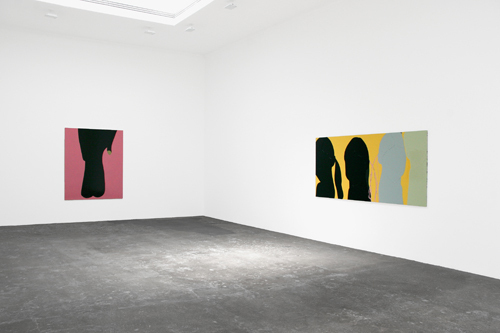 An installation view of Gary Hume’s current exhibit ‘Yard Work,’ the eighth one-person show he’s had at Matthew Marks Gallery since 1991, Via Artlog.

“Yard Work”  represents a continuation of sorts of Hume’s earlier signature use of household, glossy enamel paint on aluminum panels. Also shared with past works in the current show are his suggested themes: doors, flowers, birds and female figures. The simplified forms and color schemes, along with the smooth, silk surfaces are amongst his trademarks. While familiar imagery and visual effect is present, however, Hume’s works also reveal an exploration of a new technique–for the first time, he has applied paint in thick relief, forming ridges which strengthen the definition of shapes within the painting 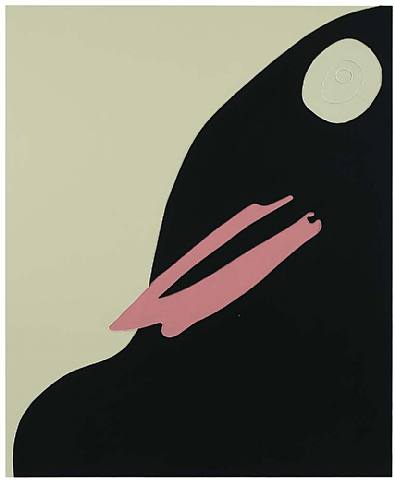 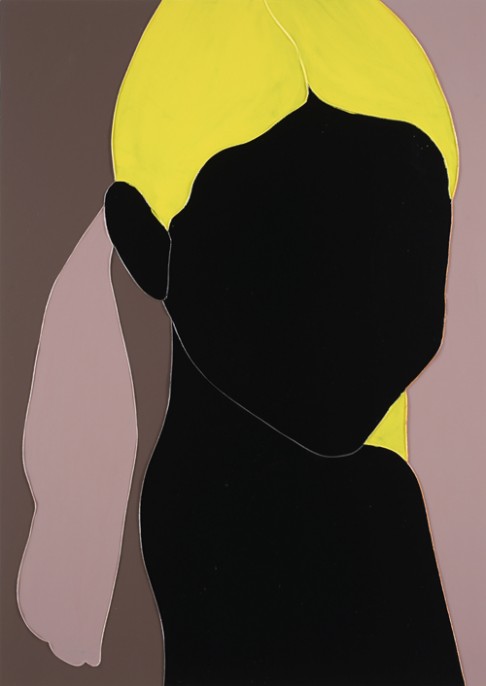 Gary Hume’s ‘Pink Ponytail,’ (2009), is based on a photo he found on Google after typing in the word “ponytail.”  Via Saatchi 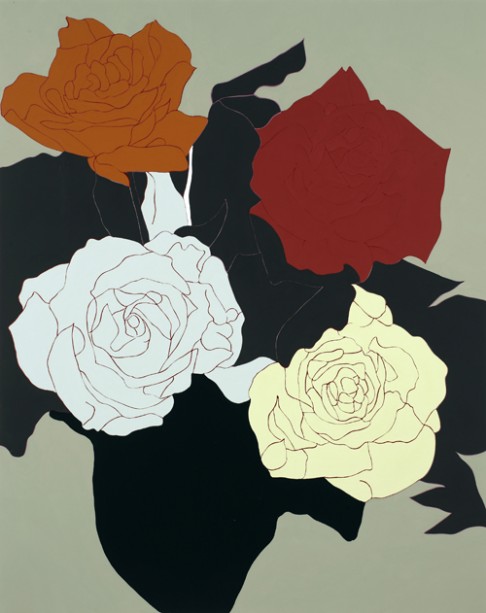 Born in Kent, England in 1962, Hume graduated from Goldsmiths College in 1988, a year ahead of his friend and fellow classmate, Damien Hirst.  Hume’s early door paintings, many of which were based on actual doors in Bart’s Hospital in London, were first shown in the Freeze art exhibtion, (organized by Hirst), and provided Hume with critical success. The paintings had international appeal, showing in both Cologne and New York. They also drew the attention of art collector and gallery owner Charles Saatchi. 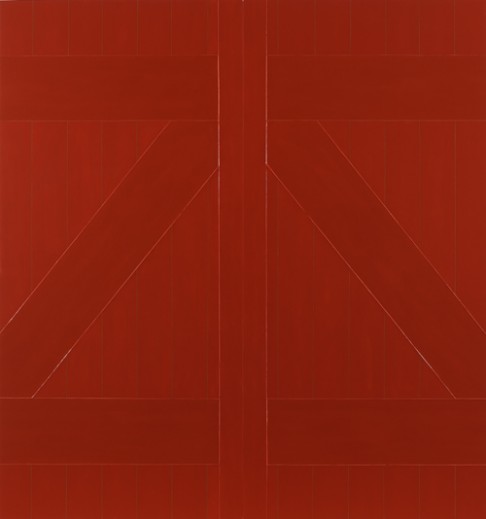 Gary Hume’s “Red Barn Door,” (2008), represents his most recent exploration of portals; this time inspired by the rural surroundings of his country studio in the Catskills. Via Other Criteria.

After Hume’s initial success, his imagery continued to evolve and he broadened his set of motifs, portraying the nude, flowers, and celebrity portraits of figures such as Michael Jackson and Kate Moss. His 2006 series ‘Cave Paintings,’ which showed at White Cube in London, marked the use of a new medium for Hume, featuring seven marble tableaux composed of a variety of stones. 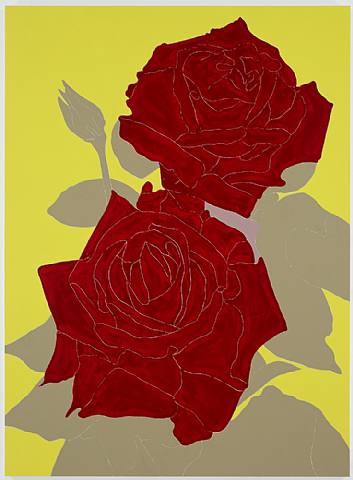 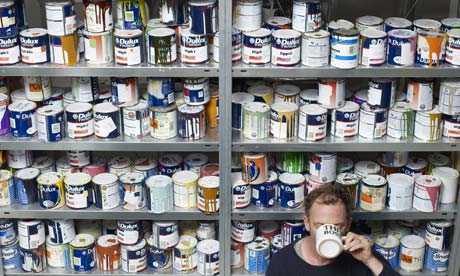 The artist with his commercial house paint, inside his London studio (2008). Via The GaurdianUK

Hume has showed in numerous solo and group exhibitions. He was nominated for the Turner Prize in 1996, and represented Britian at both the Sao Paulo Biennale in 1996 and the Venice Biennale in 1999. In 2001, he was elected a member of the Royal Academy of the Arts.  The publishing company Other Criteria, founded in 2005 by Damien Hirst, Hugh Alan and and Frank Dunphy, will be publishing a book with Gary Hume in the Fall of 2009.

This entry was posted on Tuesday, June 23rd, 2009 at 7:39 am and is filed under Go See. You can follow any responses to this entry through the RSS 2.0 feed. You can leave a response, or trackback from your own site.