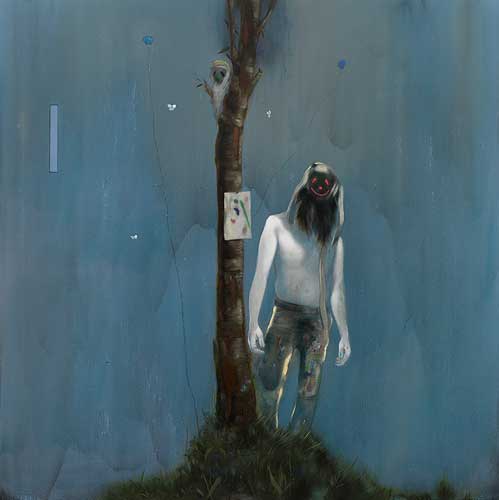 Andrea Rosen Gallery is presenting a group of recent works by British artist Nigel Cooke.  The show, which features a combination of large canvases, miniatures, and small sculptures, is Cooke’s third solo exhibition at the gallery, and will run until June 13, 2009.  Combining painting conventions of the past with the illustrative styles of street art and children’s books, Nigel Cooke has a growing reputation for his obsessively detailed fictional scenes set against unsettling landscapes.  His later work focuses more closely on the single, isolated figure, seemingly caught in the nightmarish, highly disturbing version of a fairytale. 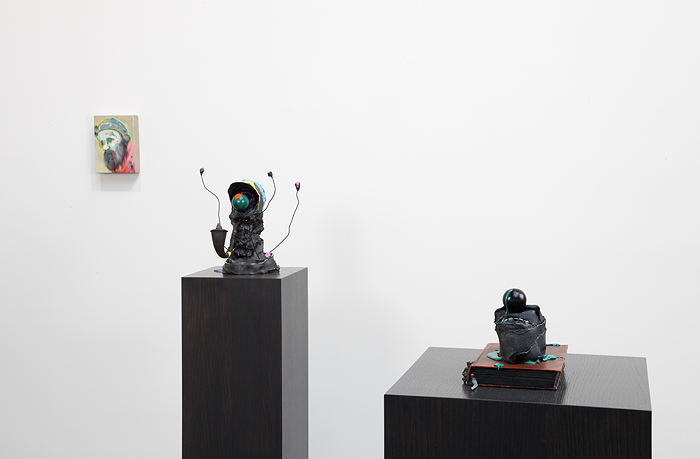 Cooke has long declared that painting died in the twentieth century, meaning that he has been working for years in a medium which he considers extinct.  Lately, his practice has expanded beyond painting and drawing: this show features a series of small bronze heads that appear as though they had been burned.  Made from clay, basketball caps, plastic food, cigarettes and always a fat clown nose, these effigies combine the absurd with the disturbing.  Like his paintings, Cooke’s sculptures reveal unique visions of the world that hover between reality and the imaginary. 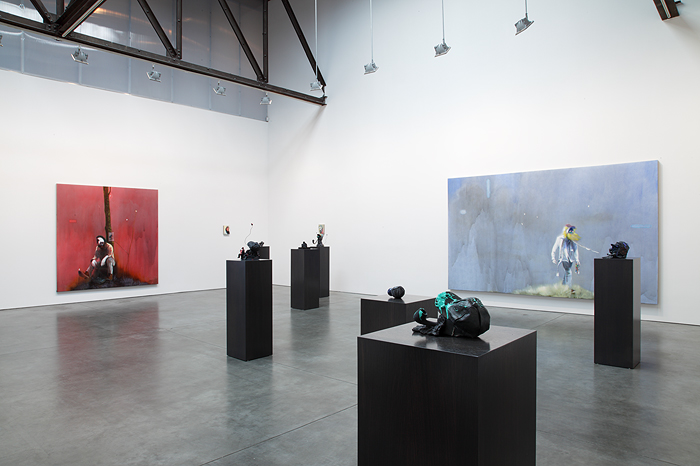 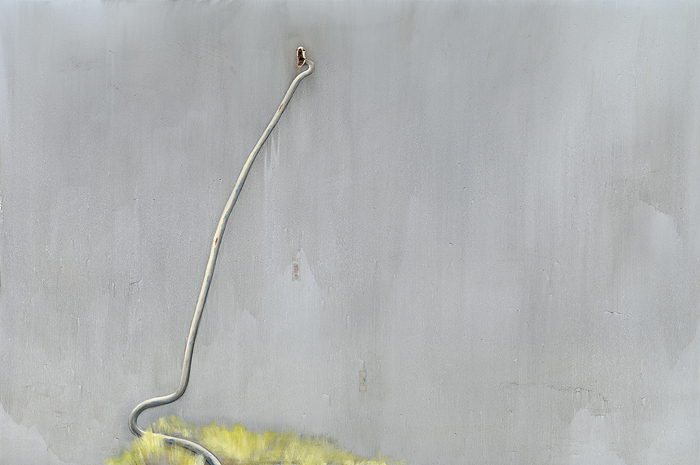 Below, additional works by the artist, via Andrea Rosen Gallery. 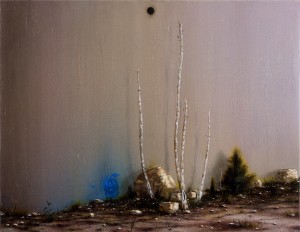 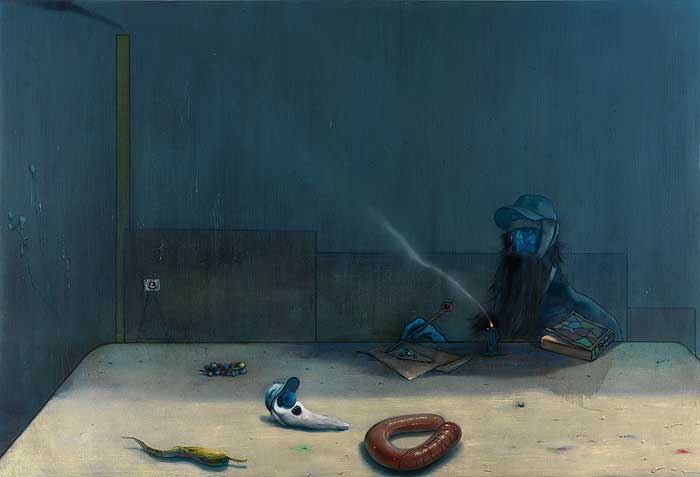 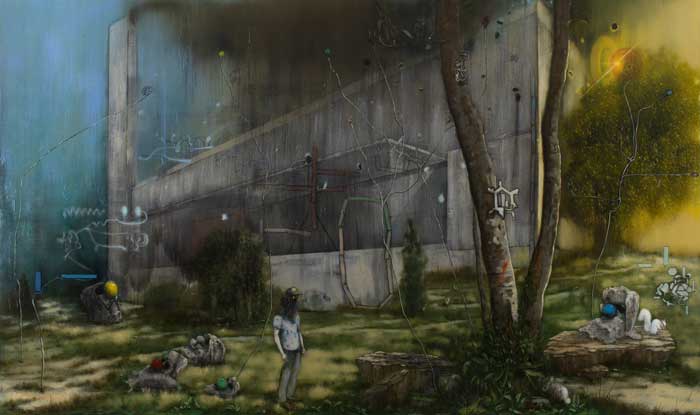 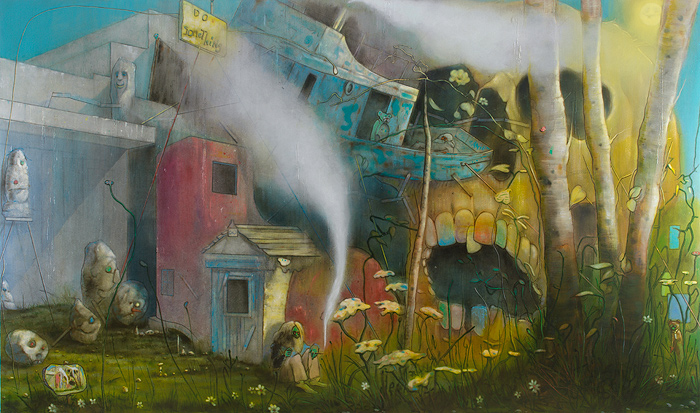 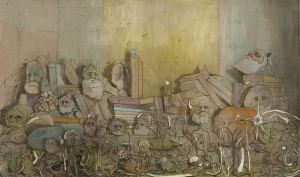 This entry was posted on Wednesday, June 10th, 2009 at 10:45 am and is filed under Go See. You can follow any responses to this entry through the RSS 2.0 feed. You can leave a response, or trackback from your own site.