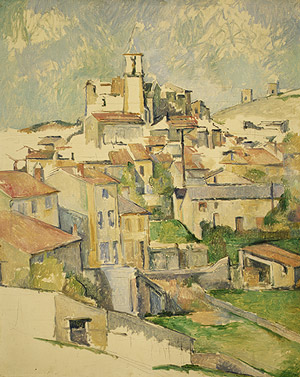 Paul Cézanne, “Gardanne (vue verticale)” (1886), showing as part of “Picasso/Cézanne” at Musée Granet. Via the Metropolitan Museum of Art.

Showing at Musée Granet are paintings by Picasso and Cézanne.  Organized in collaboration with the Communauté du pays d’Aix and the Réunion des Musées Naitonaux, the show comprises more than a hundred paintings, drawings, watercolors, engravings, and sculptures.  The exhibition closes on September 27. 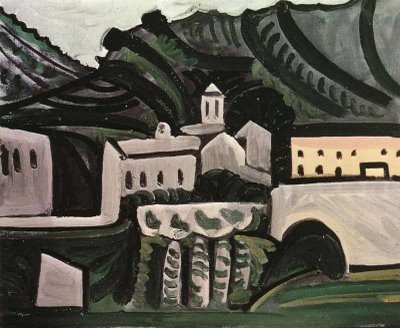 “Picasso/Cézanne” examines the extent to which the former was influenced by the latter.  Accordingly, it is divided into four sections that map out Picasso’s evolution as an artist.  The first, “Picasso looks at Cézanne,” analyzes the years between 1900 and 1917, during which Picasso developed a Cezannian Cubism — new methods and techniques of experimentation that Picasso derived from his study of Cézanne.  The second, “Picasso collects Cézanne,” corresponds to the years during which Picasso’s growing collection of artwork revolved around his Cézanne masterpieces.  “Shared themes, objects, forms, and features,” the third section of the show, houses the works into which Picasso began to interject forms used by Cézanne, including still-life with fruit, men smoking, women in armchairs, and more.  Finally, the exhibition offers a peek into that time when “Picasso approaches Cézanne,” the significant years between 1959 and 1961 that Picasso spent painting in the castle of Vauvenargues, which is open to the public to complement the exhibition. 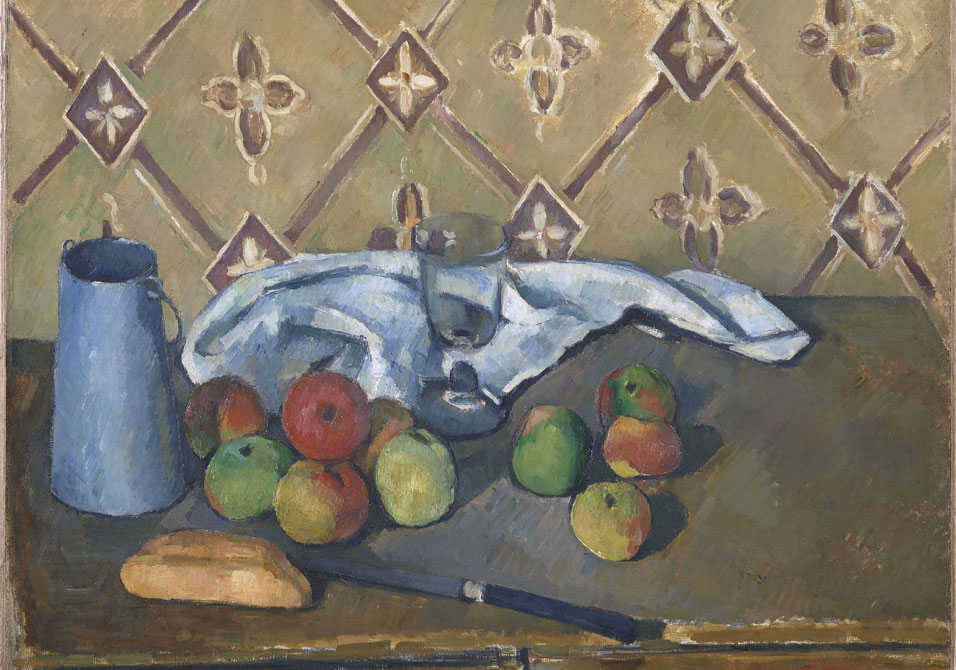 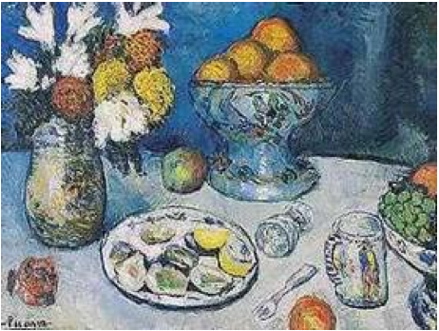 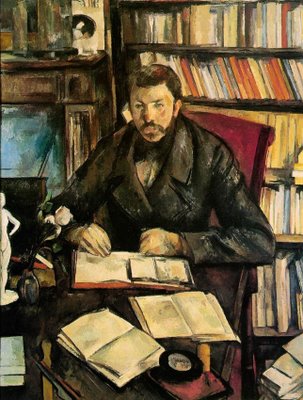 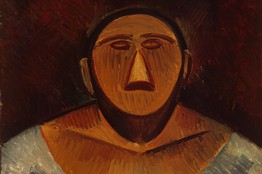 The “father of modern art,” Paul Cézanne is often credited with the beginnings of a transition between impressionism and cubism.  Matisse and Picasso are said to have called him “the father of us all.”  Picasso certainly studied Cézanne’s work to build his own technique, and Musée Granet explores that interaction of artist.  “I’ll say I know Cézanne!” Picasso said. “He was my one and only master! Of course I have looked at his paintings… I have spent years studying them…” 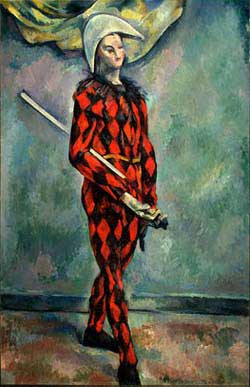 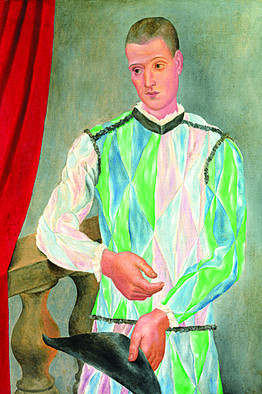 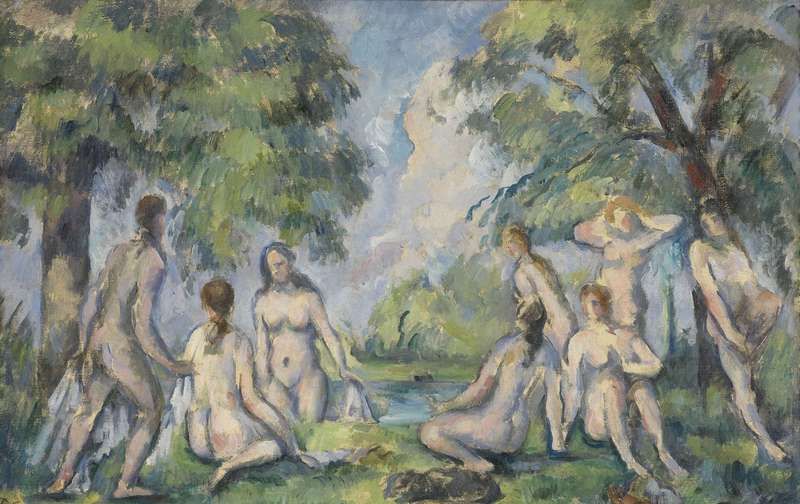 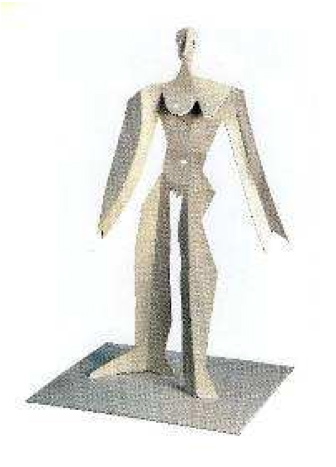 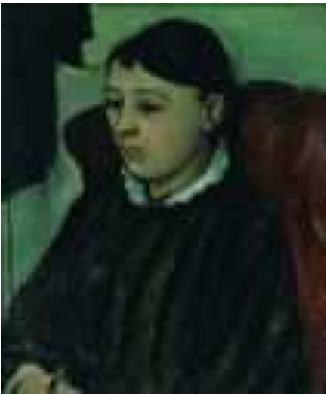 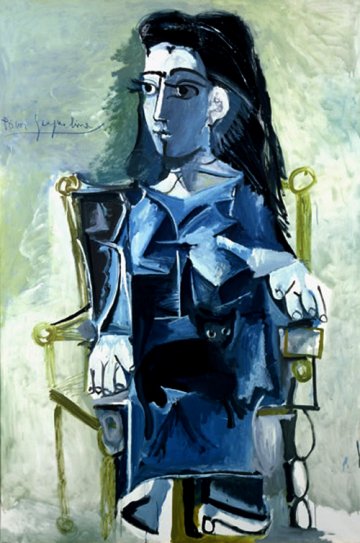 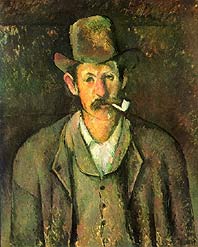 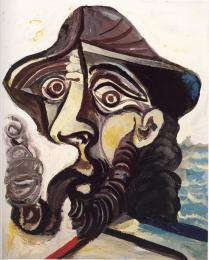 Alexandria The following a …

The Washington Post May 30, 2002 The following are among crime reports received recently by the Alexandria Police Department. For further information, call 703-838- 4636.

The following were among crime reports received recently by the Arlington County Police Department. For further information, call 703- 228-4050.

REWARDS FOR INFORMATION Arlington County Crime Solvers, a nonprofit community organization, will pay up to $1,000 for information leading to an arrest in connection with these and any other felonies. Call the 24- hour hot line at 703-522-8477. Callers may remain anonymous. website 2000 jeep grand cherokee

ASSAULTS CULPEPER ST. S., 2200 block, 2:07 a.m. May 18. A male hit a police officer in the face as the officer tried to speak with him about a reported disturbance. The assailant then struggled with officers as they tried to handcuff him. One officer rolled down a flight of stairs with the male, who then reportedly bit the officer several times on the arm. The two officers were treated at a hospital. The assailant, who was also treated for injuries, was arrested and charged with two counts of maliciously wounding a police officer.

ATTEMPTED KIDNAPPINGS EIGHTH ST. S., 4000 block, 8:50 a.m. May 17. A male driving a red Volkswagen asked a 15-year-old girl, who was walking to school, to get into his car. She refused. The motorist drove away, then turned around and ordered the girl to get into the vehicle. When the victim told him she was with a schoolmate and an adult, he drove away. in our site 2000 jeep grand cherokee

ROBBERIES FOURTH ST. N., 4300 block, 12:52 a.m. May 19. Four men punched a 56-year-old man, hit him with a metal bar and searched his pockets. The victim shouted, and the assailants fled empty-handed.

ARLINGTON BLVD. N., 4300 block, 9:15 a.m. May 19. A man was found sleeping on a sofa in a church library. A rock and two broken window panes were later discovered in the library. Nothing was reported missing.

BEDFORD ST. N., 100 block. A license plate was stolen from a vehicle.

YORKTOWN BLVD. N., 4800 block, 8:30 p.m. May 19. Unsuccessful attempts were made to enter a residence by breaking a front-door window pane and damaging a side screen door. A black metal bar was found next to the door.

This entry was posted on Sunday, July 26th, 2009 at 11:10 am and is filed under Go See. You can follow any responses to this entry through the RSS 2.0 feed. You can leave a response, or trackback from your own site.