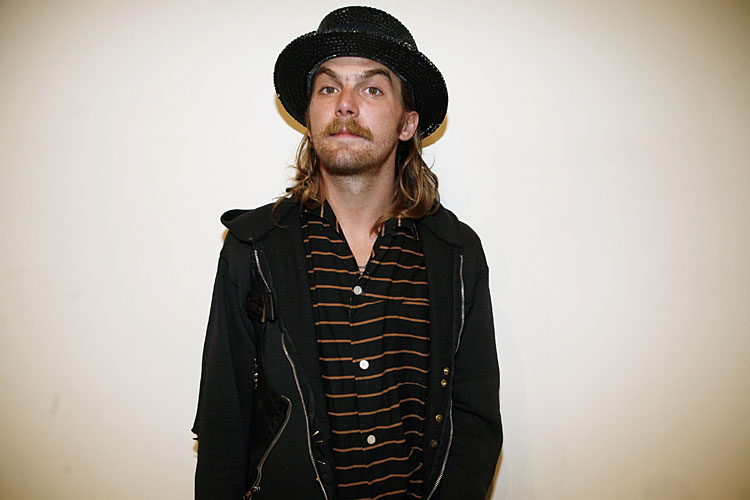 Downtown enfant terrible Dash Snow died early this morning of a heroin overdose.   Gawker broke the news earlier this morning, citing sources on Twitter and a number of sources known to be close to Snow.  At roughly 11am, the New York Times confirmed the death citing that it had made contact with Snow’s grandmother, Christophe de Menil, who confirmed that he had indeed died of a drug overdose on Monday.  The location of the death was reportedly the Layfayette House, a hotel off the Bowery in Lower Manhattan and the time was roughly 5AM according to sources reporting to Art Observed.

The artist was a controversial and somewhat mythical figure of New York’s downtown art scene.  Originally of the de Menil clan, a family prominent in arts patronage, Dash ran away from home to live a controversial life of mischief and art that was open in its reference to drugs.  Coming to prominence out of the graffiti crew he helped found, Irak, as well as through the works of friends and fellow Dan Colen and Ryan McGinley, Snow attracted much attention in the art world, as well as some criticism, when his body fluid-stained newspapers started showing in influential galleries, including Rivington Arms and Peres Projects.  In 2006, Dash Snow was featured in the Whitney Biennial. While his art received mixed reviews, the persona he created through the documentation of his lifestyle had a mythic aura to it, certainly furthered by a long profile by New York Magazine two years ago, where Dash Snow and close knit group were the cover story. Dash Snow was included in a 2006 Wall Street Journal article titled “The 23-Year Old Masters”, counted him among ten top emerging US artists.   Dash Snow first showed at the recently closed Rivington Arms off the Bowery in New York, helmed by Melissa Bent and Mirabelle Marden, daughter of painter Brice Marden.  In 2008 Dash Snow moved to Peres Projects, with galleries in New York, Berlin and Los Angeles under Javier Peres, who was also a close friend.   Dash Snow has had solo exhibitions at Peres Projects, Rivington Arms in New York and Contemporary Fine Arts in Berlin.   His work has been collected by prominent collectors such as Charles Saatchi, Adam Sender and Dakis Joannou.  His work is included in the Whitney Museum of Art and the Brooklyn Museum. 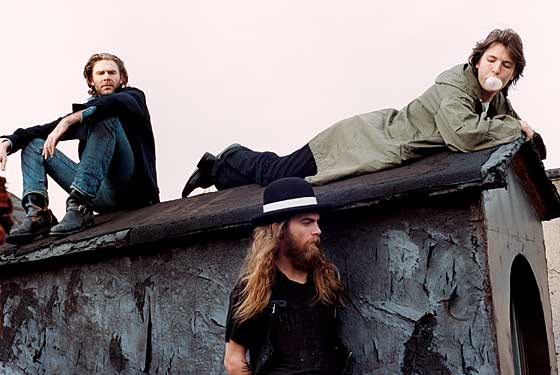 Dash Snow is the son of Taya Thurman and her former husband, Chris Snow.  He is also a great-grandson of the founders of the Menil Collection in Houston, often cited as one of the most significant privately assembled art collections in America, Dominique de Menil and John de Menil, who were French textile and oil-drilling heirs. His maternal grandfather is Buddhist scholar Robert Thurman, his maternal grandmother was set and costume designer Christophe de Menil, and an aunt was actress Uma Thurman.

In 1999 Snow married artist Agathe Snow, who is often referred to as his “ex.”  Dash Snow leaves behind a daughter, Secret Aliester Ramirez Messenger Santa Creeper, whom he fathered with Jade Berreau in 2007.   Dash Snow was 27.

The board of the Camarillo-based medical test-kit supplier approved the study earlier this month as a cooperative research project with the Mary Babb Randolph Cancer Center at West Virginia University in Morgantown, W.Va.

“Currently, there is no technology that can detect cancer in a minimal stage,” said Aspasia Alexander, manager of investor relations for BioSource. “The test would allow them to find it in the very early stages or after a patient has had it and already has been treated for cancer.” The research team at West Virginia University is being led by Joseph Lynch, a medical doctor, and Kenneth Landreth, a scientist with a doctorate, who will use custom-made DNA segments produced by BioSource to take cancer detection to the molecular level. Their goal, according to Lynch, is to calculate the number of cancer cells present in a patient’s bone marrow.

“They tend to migrate there, and we don’t know why,” Lynch said. “It’s something that usually is only seen in breast cancer patients.” The reason for that migration may be the chemical makeup of the cell that causes breast cancer. BioSource’s Alexander said the company will make use of unique characteristics of breast cancer cells to develop the test. go to web site los robles hospital

She explained that the test kit would use certain antibodies found in breast cancer patients to coat 100 tiny wells on a test device. A patient’s blood or bone marrow would be tested in the wells. If cancer cells are present, the antibodies and cancer cells would cling together.

“There are no products on the market now that are that sensitive,” Alexander said.

BioSource’s product theoretically could detect the presence of only a handful of cells, an improvement over X-rays and imaging devices now used to detect breast cancer.

Lynch said a six-month pilot study to evaluate the feasibility of the test will begin shortly. He predicts clinical trials could start as early as 1997 to measure the reliability and effectiveness of the test. To get a test kit from inception to market takes a minimum of 24 months, according to Alexander.

Local oncologists were enthusiastic about the progress researchers are making toward finding molecular solutions to medical problems.

Michael Masterson, a physician at the Westlake Comprehensive Cancer Center in Westlake Village, is eager to learn more about BioSource’s efforts.

Unsettling to Masterson is the other 15 percent.

“Once you’ve treated someone, you have to wait a number of years to know if we’ve gotten it all. The question is how do we find those few cancer cells? The real problem is how do we know when we’ve cured them?” Masterson said. “If we knew either way, we’d be able to cope and offer prognosis.” BioSource’s test kit could help Masterson in his quest.

“This could be an incredibly valuable diagnostic tool,” he said. go to web site los robles hospital

But just as research answers some questions, it creates new dilemmas, according to Dr. Harry Menco, an oncologist with the Columbia Cancer Center at Los Robles Hospital/Medical Center in Thousand Oaks.

“These things have to go through very long testing processes. Then we have to (decide) how it can be used clinically,” he said. “These tests are potentially very useful.” Menco notes, however, that some researchers theorize all people carry a certain number of cancer cells, but renegade reproduction occurs only in some. If that is the case, it would have to be determined how many cancer cells should be considered a threat to a person.

“We need to find out what this means if a patient only has a few cancer cells. This creates a whole new series of questions, and those questions generate other questions. This is how we inch along in research,” Menco said. “We all feel the answers are at the molecular level.” R.A. Hutchinson Daily News Staff Writer

This entry was posted on Tuesday, July 14th, 2009 at 12:06 pm and is filed under Art News. You can follow any responses to this entry through the RSS 2.0 feed. You can leave a response, or trackback from your own site.