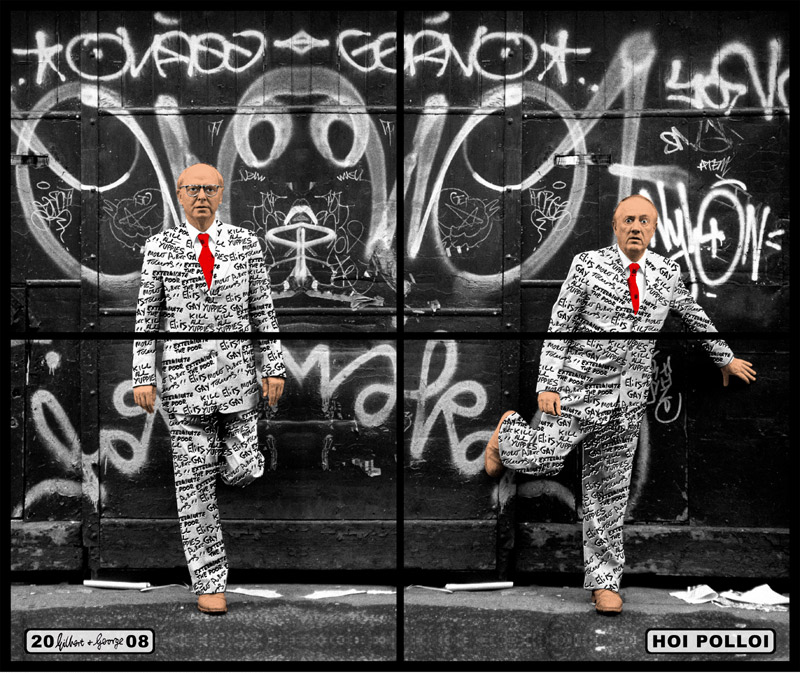 Gilbert and George speak about friendlessness, bigotry in the art world, and their latest exhibition, ‘Jack Freak Pictures,’ opening in London at White Cube next week [Guardian]
Damien Hirst turns down the Royal Academy’s offer to become a Royal Academician [Artdaily]
Thief sentenced to two and half years in Oslo for the 2004 Munch ‘Scream’ Heist [NY Times]
Haunch of Venison will close its Zürich gallery by 2010 [ArtNewspaper]
After concerted effort by Eli Broad, MOCA announces that its financial troubles are over with a number of new gifts and trustees [LA Times] and LACMA also announces new trustees, including Dasha Zhukova, founder of Moscow’s Garage Centre [LA Times]
The Metropolitan Museum of Art responds to economic crisis, cuts 357 positions [Crain’s] 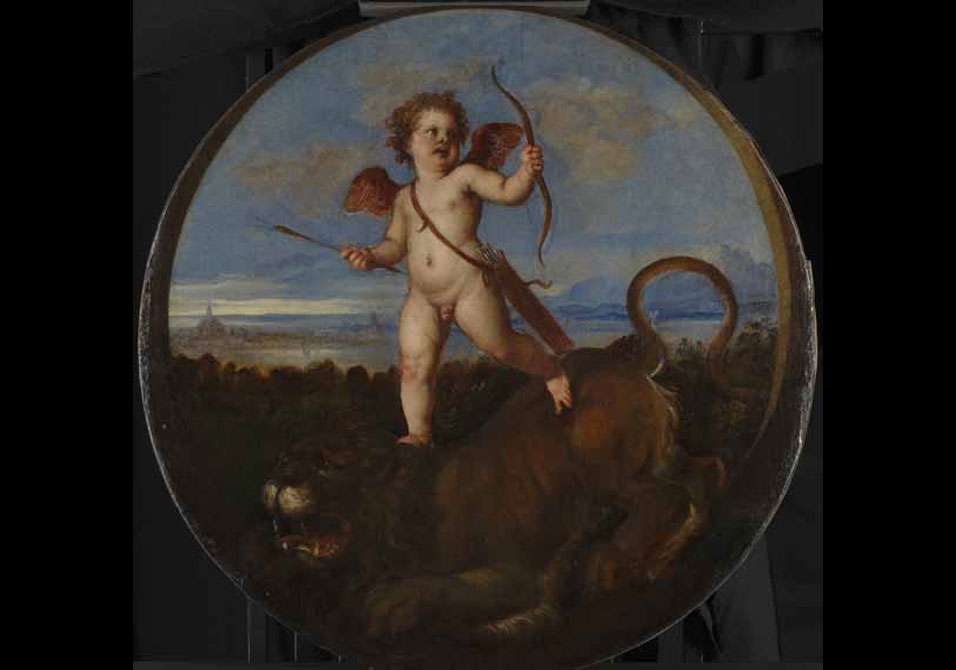 Titian’s ‘Triumph of Love’ via Artdaily

Director of Tate Britain Stephen Deuchar is appointed director of Art Fund [ArtReview] in related, the Tate Britain recently bought and secured for Britain Titian’s Triumph of Love [Artdaily] and, finally the Art Fund launched an “Art Saved” resource online [Art Knowledge News]
At least 24 New York galleries have closed since the economic collapse, with a number closing for the summer [Artnet]
Connoisseurs are buying increasingly rare Impressionist and Modern masterpieces [NYTimes]
Why auctions may not be the best method for museums’ deaccessioning [Wall Street Journal]

Choreographer Shen Wei and artist Cai Guo-Qiang discuss their role in the 2008 Beijing Olympics opening ceremonies and how changing attitudes in China have affected their work [Wall Street Journal]
ArtTactic’s Art Market Confidence Indicator shows increased confidence in the contemporary art market, with 2/3 of those survey predicting a rebound by 2011 [ArtTactic via The Art Collectors] and more cautious indicators of a rebound [Artnet] 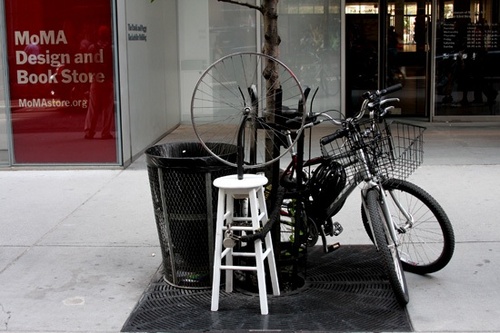 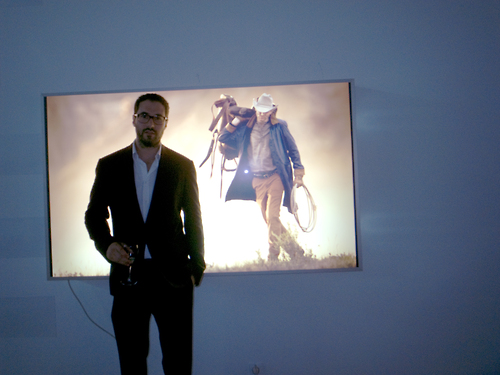 Riffing on Richard Prince, fashion designer Adam Kimmel has Dan Colen as the Marlboro Man in a series of photos by the creator of the original ads, Jim Krantz [Purple]
A look at what the latest auctions in London could mean for the outlook of the art market [Financial Times]
How London’s proximity to emerging market art buyers from Middle East, Russia and Asia may now have negative effect [Wall Street Journal] 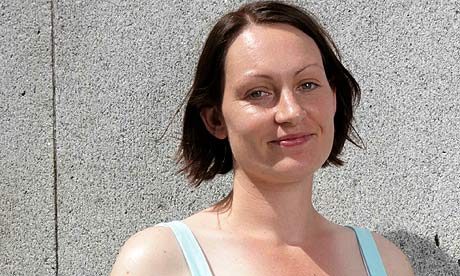 Rachel Wardell, the first participant in Antony Gormley’s ‘One and Other’ via The GuardianUK

The first participants are announced in Antony Gormley’s ‘One and Other’ on the fourth plinth in Traflagar Square [Guardian]
More Intelligent Life investigates the increased interest in Picasso’s late musketeer paintings and finds links between the artist’s pacifism, the mood of the 1960s and younger collectors today [Economist] 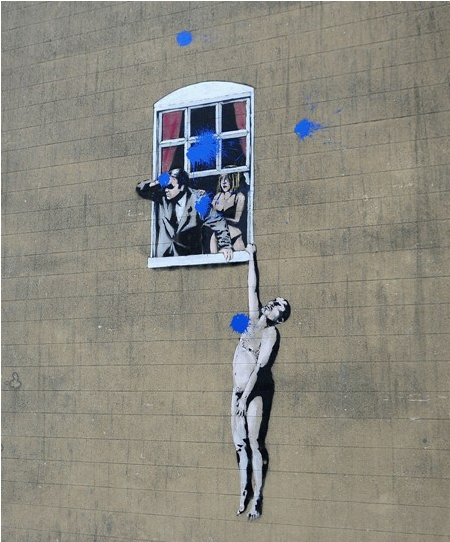 A vandalized Banksy mural in Bristol via Bristol Evening Post 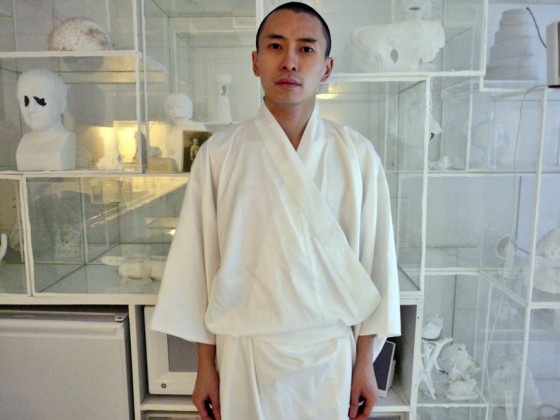 Terence Koh in his studio via Whitewall

With the country still recovering from a massive financial meltdown and credit crisis, families have seen their savings and home equity dwindle — traditionally the two biggest sources of contribution toward education expenses. At the same time, school endowments and scholarships are down, while tuition continues to rise, creating a growing gap between federal student loan limits and the money required to fund an education. While the federal PLUS loan helps to enable parent borrowing for part of this gap, for many student borrowers, private student loans remain an option and continue to play a critical role when paying for college.

“For many parents, careful use of private loans is a sound way to manage the gap in financing unmet need at many private colleges and universities and even flagship state universities,” said Nancy Hoover, Director of Financial Aid at Denison University in Ohio.

As an example, a typical student with a $32,000 annual college bill may receive about $10,000 in scholarships and other reductions, leaving a balance of $22,000. On average, federal student loans cover $7,000, leaving students with a balance of $15,000. If possible, families then contribute money from their savings or from parent borrowing, leaving a typical gap of $8,000 a year that students fill with private education loans in their own name. website citi student loans

“Since its inception, SimpleTuition has been a resource to millions of students and parents as they manage the confusing student loan process,” said Kevin Walker, Co-founder and CEO of SimpleTuition. “This legislation simplifies the process for getting federal student loans, but did not increase the amount that students can borrow. And, it may have left borrowers with the impression that ‘private’ student loans are no longer available. In fact, it is federal loans from private lenders that won’t be available. Gap-filling private student loans continue to be issued by banks and other lending institutions.” “With the economy improving, we are seeing an increase in lenders’ interest in promoting the private student loan category,” Walker continued. “We expect to see several new lenders included in the private student loan choices at SimpleTuition over the next several weeks.” The dissolution of the Federal Family Education Loan Program (FFELP) is primarily a change in the way federal loans are delivered. Previously, the federal government allowed private banks to provide federal student loans on its behalf. Over the last few years, legislation reduced the amount of money banks generated from the federal student loan program, leading many banks to leave the market. All students will now apply for federal student loans directly from their school, for a loan that will now be provided by the Department of Education.

This entry was posted on Saturday, July 4th, 2009 at 8:29 pm and is filed under Art News. You can follow any responses to this entry through the RSS 2.0 feed. You can leave a response, or trackback from your own site.