Go see – New York: Franz West “The Ego and The Id” at the Doris C. Freedman Plaza in Central Park, through March 2010 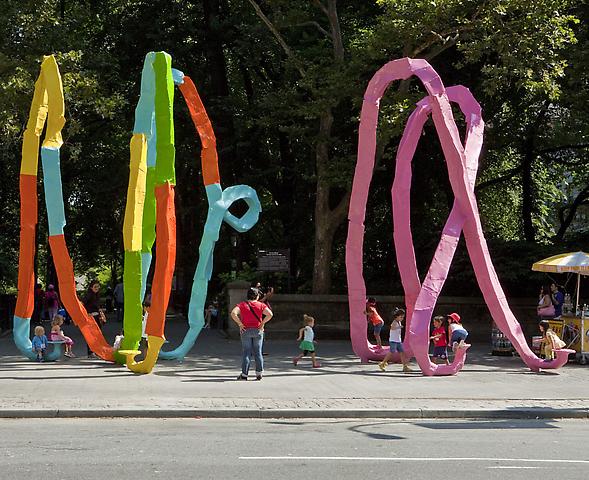 The Ego and The Id, Franz West via Gagosian

This seems to be a very fitting project for West as he once famously stated in an interview with Robert Fleck, “Best of all I like art in the streets; it doesn’t demand that you make a special journey to see it, it’s simply there. You don’t even have to look at it – that is probably the ideal art.” 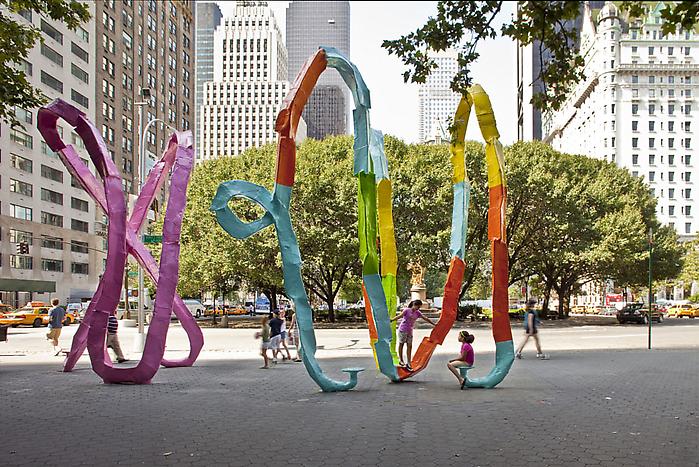 The Ego and The Id, Franz West via Gagosian

The Ego and The Id, was initially created for the four-decade career survey of West’s work at the Baltimore Museum of Art in the Fall of 2008. At that exhibition The Ego and The Id was one of many sculptures by West, an artist dubbed as a godfather of the popular grunge aesthetic. Typically, West’s  sculptures are visually dynamic; using bright colors and abstract forms to challenge his audience to use the objects to shape their own movements and ideas about his work. 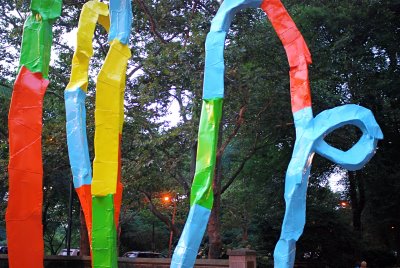 Detail of The Ego and The Id via NYCLOVESNYC

The Ego and The Id only becomes truly complete when the public are directly involved with it: each of the forms curve upwards creating stools which invite passersby to take a seat. Further to this, it is interesting to note the new meaning this work when unrestricted by gallery walls. The title of the work, The Ego and The Id, is borrowed directly from Sigmund Freud’s famous text in which he explores the Ego’s battle with three forces:  the Id, the Super-Ego and the outside world. In this light, the Public Art Fund has noted that by removing this work from a gallery space, the connection between West and Freud’s work is heightened. 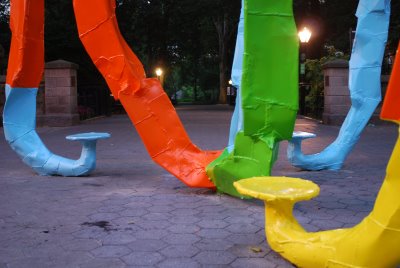 Detail of The Ego and The Id via NYCLOVESNYC 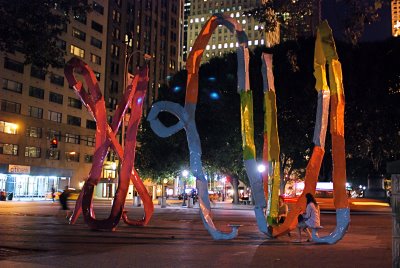 The Ego and The Id via NYCLOVESNYC

This entry was posted on Tuesday, August 25th, 2009 at 4:13 pm and is filed under Go See. You can follow any responses to this entry through the RSS 2.0 feed. You can leave a response, or trackback from your own site.