In honor of his inclusion in the Artists Rooms collection (of the Galleries of Scotland and the Tate), one of the most influential German artists, Joseph Beuys, is featured in a new exhibit in East Sussex. The show is comprised of his drawings and paintings, which, when paired with his sculptures, serve to give more dimension to his body of work.  Joseph Beuys’ classic pieces, constructed of found objects and his notable natural material choices of metal, felt and fat, are on view at De La Warr Pavilion in Bexhill.  The show will be over September 27, 2009.

More video and pictures after the jump… 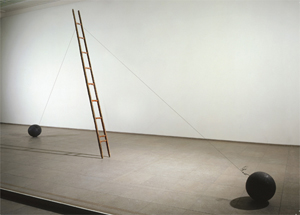 The memorable Scala Napoletana is on view for the very first time in the UK.  The pieces exhibit themes of natural comforts, of subsistence on simplicity, and of survival and mirth.  Relevant to Beuys’ idea that art can be of healing power and facilitate change in social and political structures, his works often put into use natural materials connoting and having inherant properties of insulation and protection.  Each sculpture exhibited illustrates an important event or a climactic point in Beuys’ personal history. 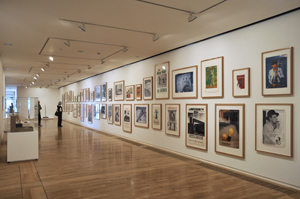 The De la Warr Pavilion is the first public building in UK to be built in Modernist Style. Dating back to 1935, the exhibition space has been renovated to become one of the largest contemporary art galleries in South East England. 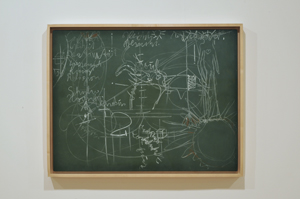 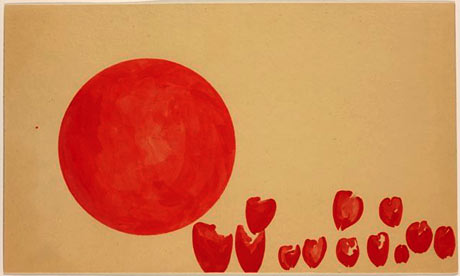 Joseph Beuys, Hearts of the Revolutionaries: Passage of the Planets of the Future, via The Guardian

This entry was posted on Wednesday, September 2nd, 2009 at 2:04 pm and is filed under Go See. You can follow any responses to this entry through the RSS 2.0 feed. You can leave a response, or trackback from your own site.