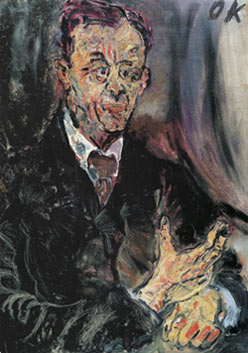 Neue Galerie New York is currently showing six oil paintings and 40 drawings by the late Oskar Kokoschka.  All works are drawn from the museum’s holdings, and will be on display through October 5.  “Focus” runs concurrently with the Neue Galerie’s “Selections from the Permanent Collection,” which shows works that comment on the political and social changes in post-WWI Germany.

Though more recognized for his oil paintings, Oskar Kokoschka also created many graphic works, several of which are included in the show. Gustav Klimt, president of the Vienna Secession, called him “the outstanding talent among the younger generation”.  Kokoschka himself has said that “human beings are not still lifes,” and the works in the exhibition emphasize this philosophy.  There is something off-kilter about Kokoschka’s figures: the proportions are awkward, their stances often unlikely.  The “face can be evoked, but never defined,” he continues.  The paintings, to Kokoschka, are not attempts to capture reality: they are evocations. 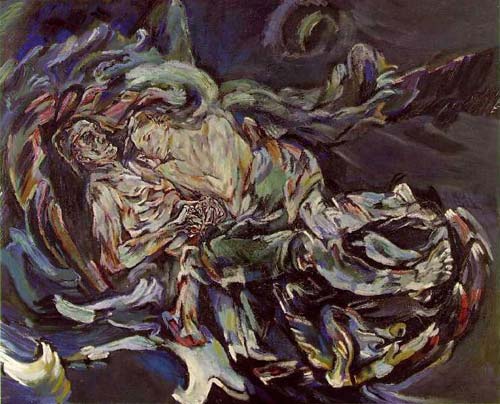 Oskar Kokoschka at Neue Galerie, via The L Magazine. 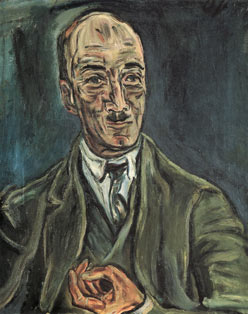 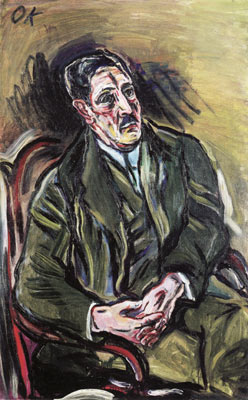 Born in 1886 in Pörchlam, Austria, Oskar Kokoschka was, per Neue Galerie, “a key figure in the history of Expressionism.” He first gained recognition with his participation in Vienna Kunstschau in 1908, the same year in which he published his first book of poetry. After enlisting in the Austro-Hungarian Army in 1914, and subsequently discharged two years later with severe injuries, Kokoschka taught for a short time at the Academy of Arts in Dresden. Ten years later, in 1932, he showed at the Venice Biennale, and had exhibitions since then at galleries around the world until his death in 1980. 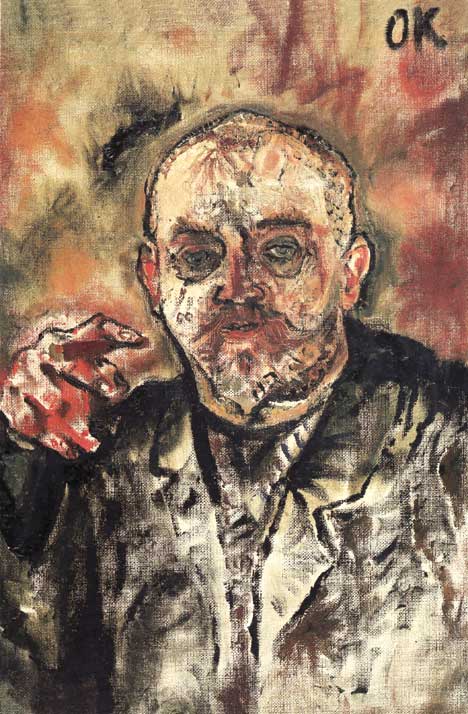 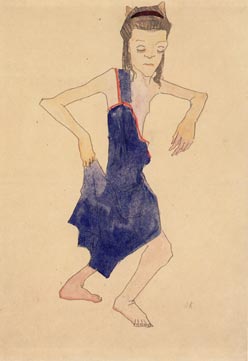 Oskar Kokoschka, “Dancing Young Girl in a Blue Dress, the Right Hand on the Hem” (1908), at Neue Galerie.

This entry was posted on Thursday, September 3rd, 2009 at 5:46 pm and is filed under Go See. You can follow any responses to this entry through the RSS 2.0 feed. You can leave a response, or trackback from your own site.