Bill Viola: Bodies of Light, an exhibition of the internationally renowned American artist Bill Viola, opened at James Cohan Gallery on October 23, 2009. This retrospective of two decades of Bill Viola’s work features Pneuma, a full-room video/sound installation and several pieces from the artist’s newest series Transfigurations. The exhibition is on view until December 5, 2009. 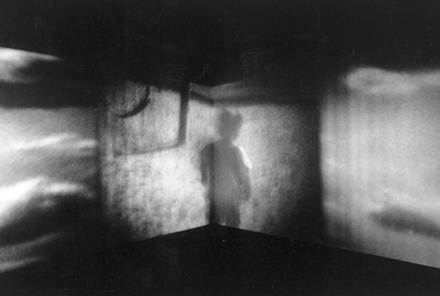 Pneuma is a series of full-room monochromatic visual projections, derives its name from the ancient Greek notion that is commonly translated as “breath” and subsequently interpreted as “spirit” or “soul”, an immaterial omnipresence substance capable of animating the entire universe. Drawing on the complexity of this term, Viola produces an unusually straightforward series of images. Among the black-and-white indistinct images hovering on high-definition flat screens an attentive viewer will recognize the figures of children that emerge among the elemental cloudscapes, creating a convincing metaphor of the vital force of the initial and the fundamental.

Bill Viola began his Transfigurations for the site-specific installation Ocean without a Shore at Church of San Gallo during the 2007 Venice Biennale. Taking its title from the writings of the 12th century Sufi mystic philosopher Ibn al’Arabi, the series explores the phenomenon of death and the continuing presence of the departed in the world of the living. The series consists of several large-scale high-definition plasma screens, where the otherworldly diffused black-and-white palette of oblivion gradually gives way to vivid color and light as the figures approach the viewer to express their joys, confusions anger before making their way back into non-existence. The works from this series on display at James Cohan Gallery are Acceptance (2208), Incarnation (2008), The Innocents (2008) and Small Saints (2008). 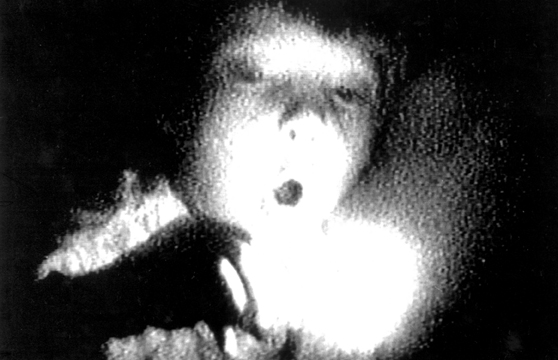 The exhibition also features The Old Oak (Study) (2005), a rare instance of Viola’ s fascination with the beauty of the natural world undisturbed by human presence, Bodies of Light (2006), the artist’s interpretation of the Buddhist unified notion unification of the spiritual and the material that allows resurrection after physical death, and a triptych Poem B (Guest House) (2006), representing the flow of human memories, where elation of youth as represented by stunning seascape is often followed by disillusionment, decay and pain as the dilapidated house and woman’s suffering facial expression suggest.


This entry was posted on Thursday, November 19th, 2009 at 3:04 pm and is filed under Art News. You can follow any responses to this entry through the RSS 2.0 feed. You can leave a response, or trackback from your own site.