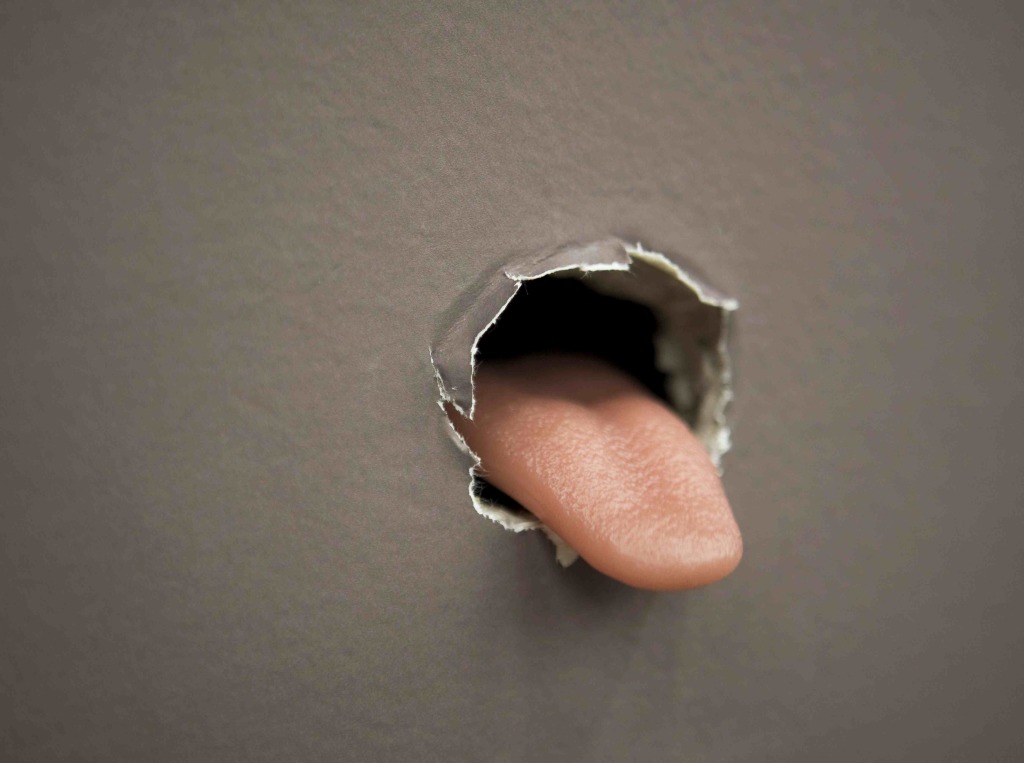 Swiss artist Urs Fischer is the first artist to take over all three galleries of the New Museum, with an exhibition entitled “Urs Fischer: Marguerite de Ponty,” Fischer’s first major American museum show. The announcement of Fischer’s show caused a good deal of excitement and speculation. Fischer, who famously dug out the floor of Gavin Brown‘s gallery in 2007, is well known for spectacular punk gestures, and observers were curious to see what he would do. Curator Massimiliano Gioni calls the exhibition not a retrospective or a survey, but an “introspective,” an in-depth look at Fischer’s practice combining previous works with new works and site-specific installations. In the post-boom era where museums are abandoning blockbuster shows and retreating to their collections, the New Museum gave Fischer a considerable amount of freedom, allowing him to significantly alter one of the galleries structurally, and flying last minute a gigantic sculpture from China. 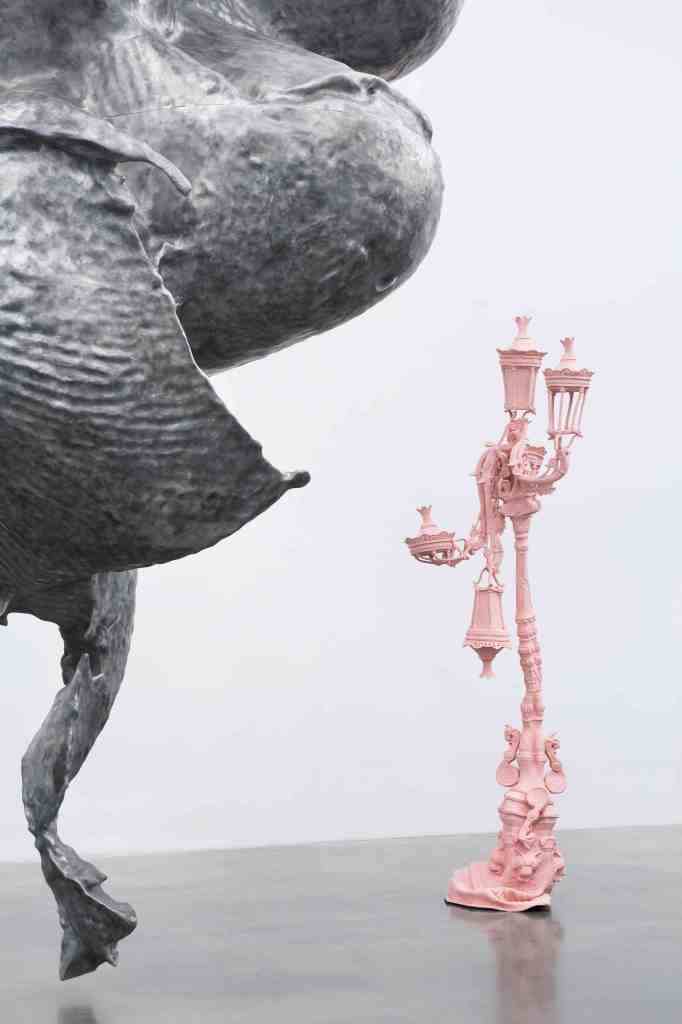 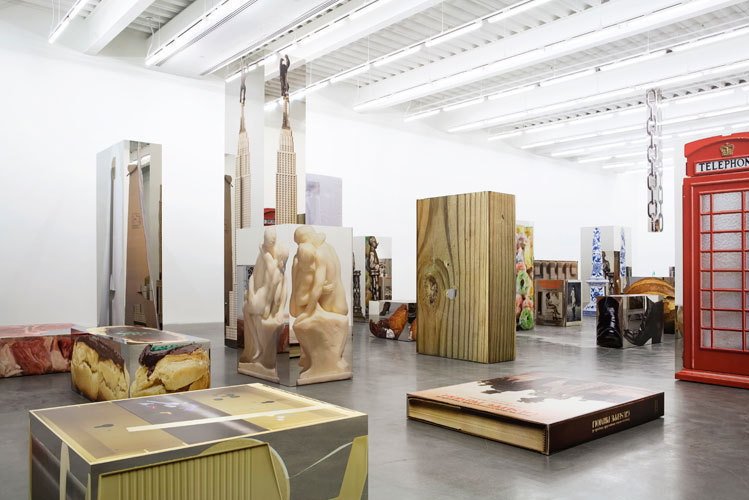 The gallery on the fourth floor features a number of towering aluminum sculptures cast from small pieces of clay Fischer molded with his hands. Blown up many times over, giant thumbprints are visible in the awkward forms. To one side, a replica of a tram seat is set against the wall with a cake hovering magnetically over it. A skeleton appears to jump on top of a cardboard box.

Fischer photographed the third floor gallery, bit by bit, after the previous exhibition came down. Every square inch was photographed and printed life sized onto wallpaper, with the difference in light causing the room to take on a slight purple tinge. A purple piano melts in the center of the room. In one corner, a motion activated plastic tongue sticks out of the wall. 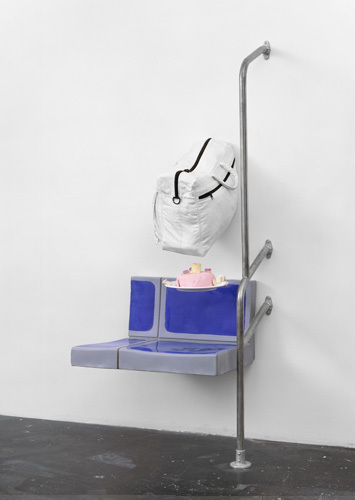 The second floor gallery had its ceiling lowered by two feet, and features an installation called “Service à la françiase.” The installation is composed of a number of highly polished chrome cubes and rectangles with blown up photographs of objects printed on them. Images include a British telephone booth, a twelve-foot-tall model of the Empire State Building, a cardboard cutout of Ashanti, books, and pastries. 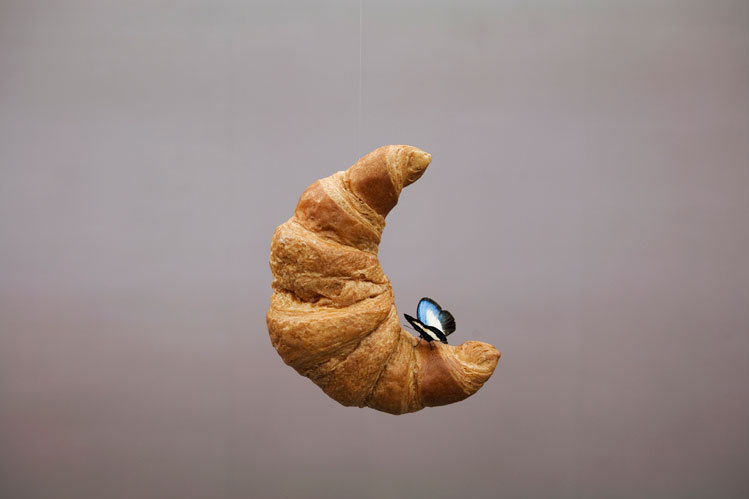 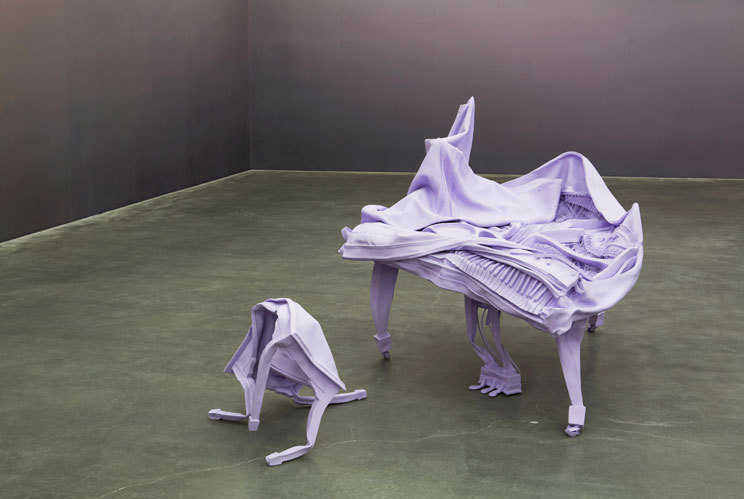 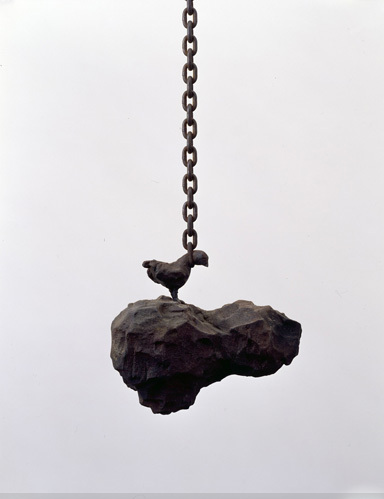 This entry was posted on Tuesday, November 24th, 2009 at 6:24 pm and is filed under Go See. You can follow any responses to this entry through the RSS 2.0 feed. You can leave a response, or trackback from your own site.