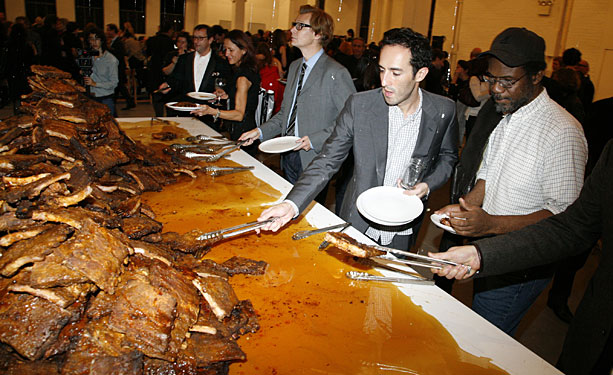 -To benefit Performa 09, party designer Jennifer Rubell invites 600 guests to “Creation” held at X Initiative in Chelsea in New York, where 3,600 drinking glasses, a pyramid of unshelled peanuts and 2,000 pound hillock of honey-soaked ribs were among the excess of food being served (Performa 09/ Food for Thought) [The Moment]

-In related, To mark the start of Performa 09 MoMA invited Fischerspooner to stage a show (Performance Art Enters the Museum) [Artinfo] 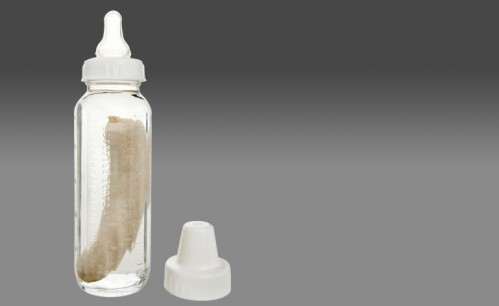 -Available from a publishing house founded by Damiein Hirst, Hugh Allan and Frank Dunphy is a Damien Hirst’s editioned, baby bottle with an alcohol drenched sausage inside [Other Criteria via Art Fag City]

-In related, A visiting Professor to the London Business School uses Hirst’s past 20 years of experience as a case study for building original business strategies in the art market [Financial Times]

-One of Ukraine’s richest men, Viktor Pinchuk, plans to build a contemporary art center in Kiev – bigger than his existing PinchukArtCenter which is the first private center of contemporary art in the former USSR [Bloomberg] 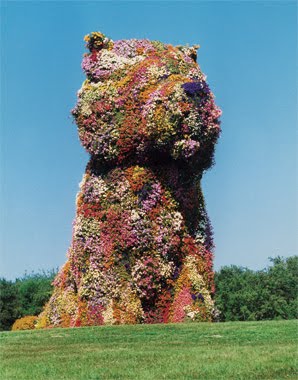 One of Jeff Koons Puppy sculptures via Animal New York

-As Peter Brant speaks of his divorce he comments that the Jeff Koons Puppy sculpture costs between $75,000 and $100,000 a year to maintain [ArtReview]

-The  Power 100 begets the Powerless-20, the 20 least significant people in the art world [Hyperallergic] 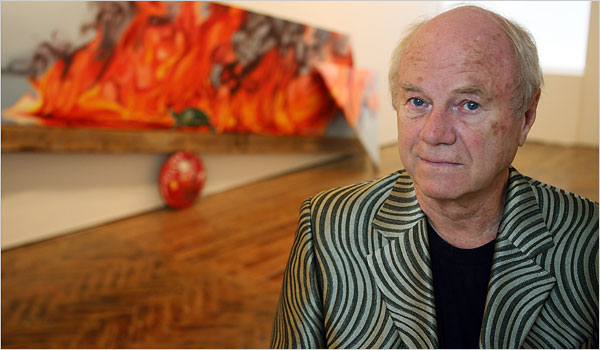 -Mr. Rosenquist, one of the Pop art icons of the 60s, writes a memoir titled “Painting Below Zero” (Rosenquist Writ Large, by Himself) [The New York Times] 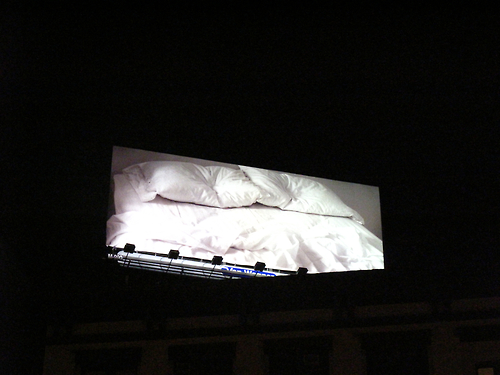 This entry was posted on Wednesday, November 4th, 2009 at 10:38 pm and is filed under Newslinks. You can follow any responses to this entry through the RSS 2.0 feed. You can leave a response, or trackback from your own site.