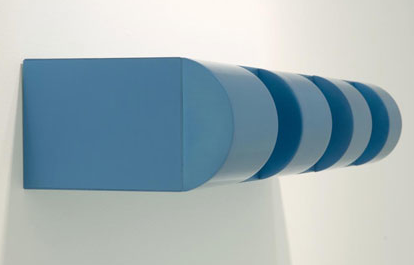 Currently on view at Simon Lee Gallery in London is Donald Judd‘s ‘Progressions: 1960s and 1970s.’ This solo show of the American minimalist artist reveals the evolution of his manufacturing processes used in his three-dimensional and wall-mounted works. The exhibition features the artist’s early wall pieces and emphasizes the artist’s exploration of the relationship between color and the object. 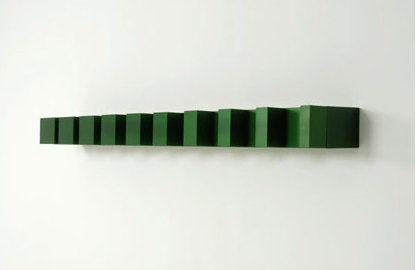 The progressions in this exhibition follow a common pattern. Judd worked with linear structures which increase from one edge to the other based on a progression of arbitrary mathematical sequences. Sequences were used as a composition tool; they remained detached from any forms of representation. The viewer  thus observes the object by surveying the relationship between the parts of the object and the dimensions of the room. The form of the work becomes determined by the simple rules of proportion and arithmetic. 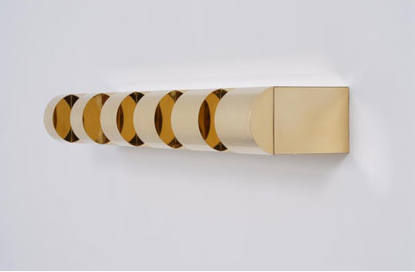 The exhibition includes four works which are based on the original 1964 hand-made prototype in varying dimensions and from different industrial materials. For example, the “bullnose” form was one that the artist often returned to throughout his period of progressions. This period also also saw an evolution of manufacturing processes with the progression from galvanized iron painted with lacquer to highly polished brass with the addition of square edges that would soon become synonymous with Judd’s work. The artist’s use of color also increased throughout the years. The techniques of fabrication became more advanced causing the later anodized aluminum pieces to tell of the graceful marriage of industrial material with the color and form which would define Judd’s career. 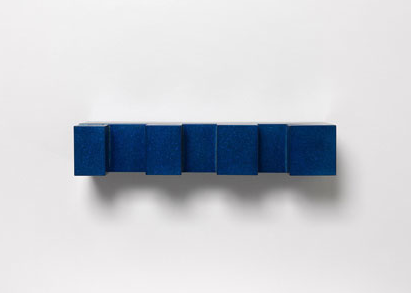 Donald Judd was born in Missouri, USA in 1928 and died in New York in 1994. He studied at Columbia University in New York from 1953- 1963. His work is now found in prominent permanent collections around the globe including at The Museum of Modern Art, the Solomon R. Guggenheim Museum in New York, at the Venice Biennial, Documenta Kassel, the Walker Art Center in Minneapolis, and at the Tate Modern in London 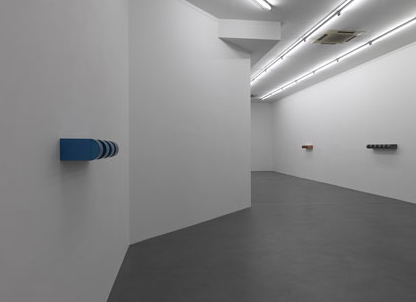 This entry was posted on Saturday, December 5th, 2009 at 9:39 am and is filed under Go See. You can follow any responses to this entry through the RSS 2.0 feed. You can leave a response, or trackback from your own site.