Currently showing at Padiglione d’Arte Contemporanea in Milan is an exhibition by Japanese artist Yayoi Kusama, entitled ‘I Want to Live Forever.’  The show focuses on the artist’ s figurative paintings, large-scale sculpture and installations from the last decade, along with more formative drawings from the 50’s and 60’s.  Also on show is ‘Narcissus Garden,’  a sculptural installation consisting of an interactive environment of 1,500 mirror balls mounted in a field.  The work was first exhibited at the 33rd Biennale di Venezia in 1966– breaking away  from the usual ‘covert commercial aspects’ of the Biennale, Kusama, (known for her talent in merchandising), dressed in a traditional Japanese Kimono and sold each mirror ball for 1,200 lire on the lawns of the Italian Pavilion. More than forty years later, the installation piece now comes to Milan for the first time. Qualities of Kusama’s work are driven by a mental illness (hallucinations and obsessive thoughts) that the artist has struggled with since childhood. Her art often reveals an obsession  for filling spaces with repetitive, identical patterns. Early on in her career, she began covering surfaces with the polka-dots that would eventually become the trademark of her work. These fields of polka-dots, or ‘infinity nets,’ were drawn directly from her hallucinations. “These strange, uncanny things…drove me half into madness for many years,” the artist has said. “The only way to free myself from them was to control them myself–by reproducing them on paper…” 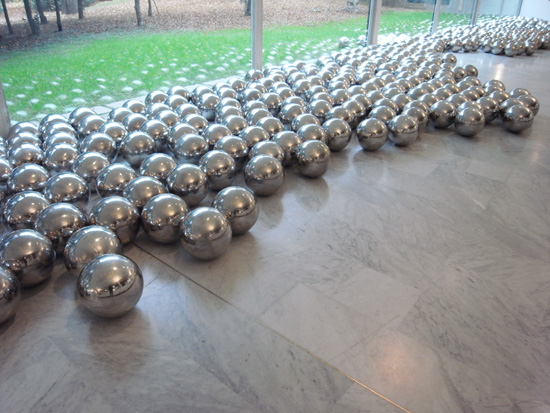 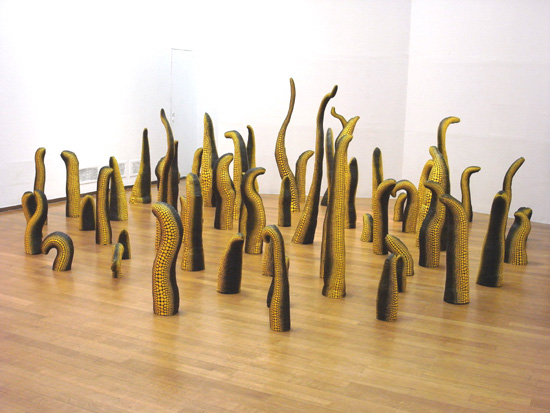 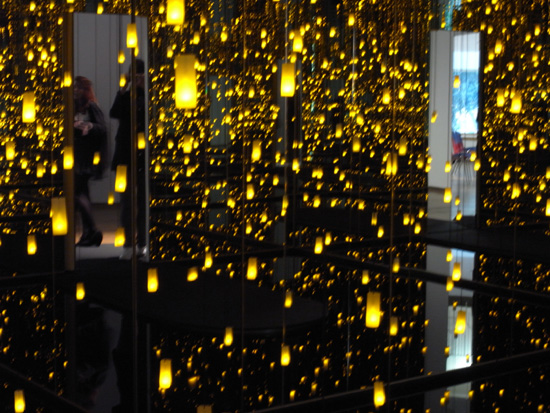 Kusama, ‘Inside aftermath of obliteration of eternity,’ 2009, Via DesignBoom This complex, constructed environment ‘operates on a system of simple optical devices. In a dark void, a delicate shimmering mirage unfolds around the viewer, a myriad of gleaming golden lights that reproduce and reflect endlessly into space.’

Although the exhibition is on show at PAC, Milan’s contemporary art pavilion, which is run by the city council, the show was proposed and curated by the Gagosian Gallery, which represents the artist. (Half of the 34 works on display are owned by the gallery.) The Financial Times addresses this curious connection between a public institution and a private gallery, stating ‘such a marriage of public and private could not have alighted on a more appropriate subject. In the late 1960’s, Kusama, who is now 80, was fiercely criticized for selling out her vision. She started a fashion line based on her trademark polka dot motif and was chided by the 1966 Venice Biennale for trying to sell to passers-by the mirrored spheres that made up her installation, ‘Narcissus Garden.’ Today her website contains a link to her line of trinkets sold in the museum shop in her home town of Matsumoto City.’ 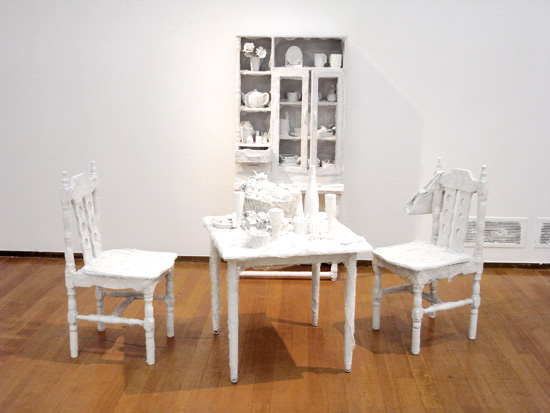 Born in 1929, Kusama arrived in New York in 1957 and began producing her first ‘infinity’ paintings with nets and spots, as a young, struggling artist.  Her avant-garde work soon gained attention–Donald Judd and Frank Stella both bought her work and Claes Oldenberg along with Andy Warhol were influenced by her vision. By the early 70’s, the artist returned to Japan and checked herself into a psychiatric hospital, where she still lives. Her work has been described as containing an inherent paradox– that infinity can somehow be quantified within a framework of a canvas.

‘I Want to Live Forever’ is curated by Akira Tatehata, the director of Osaka National Museum of Art, and will be on exhibit through February 14th, 2010. 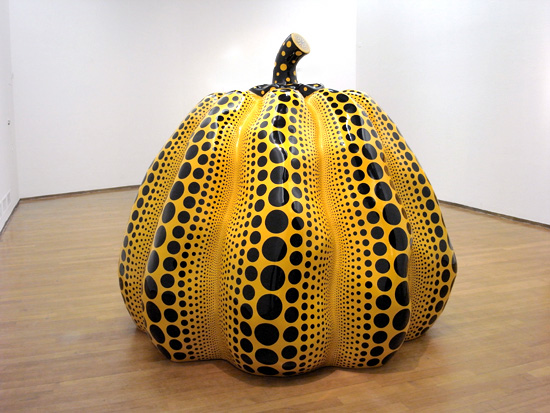 A detail shot of ‘pumpkin,’ 2008, Via Design Boom Covered in alternate patterns of black spots, the pumpkins are meant to be a kind of ‘alter-ego’ for the artist. 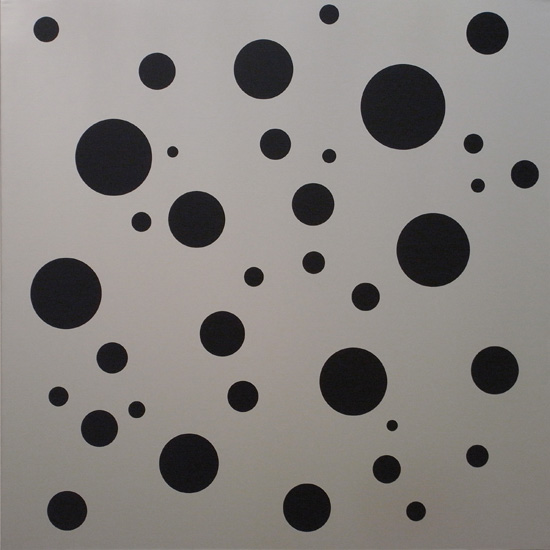 Yayoi Kusama, ‘Dots-Obsession,’ 2008, Via Design Boom. Kusama struggled with ‘a compulsion to represent the patterns that colonised her mind (FT).’ ‘Polka-dots are a way to infinity,’ the artist has stated.

This entry was posted on Wednesday, January 13th, 2010 at 6:23 pm and is filed under Go See. You can follow any responses to this entry through the RSS 2.0 feed. You can leave a response, or trackback from your own site.

One Response to “Go See – Milan: Yayoi Kusama ‘I Want to Live Forever’ at Padiglione d’Arte Contemporanea through February 14, 2010”