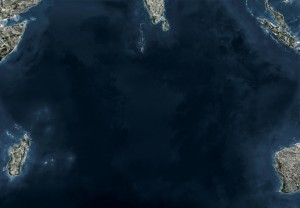 Gagosian Gallery Beverly Hills recently inaugurated its new double-size gallery with an exhibition of work by German artist Andreas Gursky. Known for his luscious color, elaborate and intricate photographs which reproduce modern life often in epic proportions,  here Gursky presents a new series of large-scale works as well as a variety of subjects from the last twenty years of his career. The works on display capture his fascination with the structure of labor, luxury and leisure. 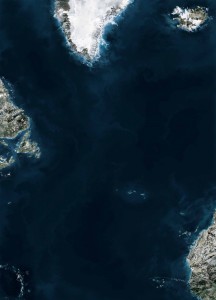 In his latest series, Ocean I-V, Gursky reveals photographs which he did not manually take, but which were produced by satellite and then formatted into large digitally reconstructed images. The works in the Ocean series measure around eight to ten feet leading them to replicate the vastness they depict such as the top of South Africa and the crust of the Antartic Circle. 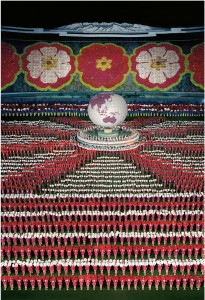 The resulting images become what the artist calls “an encyclopedia of life.” They successfully merge representations of the natural world with ideas of metaphysical contemplation. The formal qualities of the works: bold, edgy and abstract while at the same time empirical and representative develops a dialogue often found in Gursky’s work between the genres of paintings and photography. 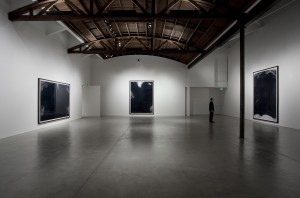 “Space is very important for me but in a more abstract way,” says the artist of his work. “Maybe to try to understand not just not just that we are living in a certain building or in a certain location, but to become aware that we are living on a planet that is going at enormous speed through the universe. I read a picture not for what’s really going on there, I read it more for what is going on in our world generally.”

The exhibition also includes the film Andreas Gursky: Long Shot Close Up (2009) directed by Jan Schmidt-Garre. It is screened continuously in the rear gallery. 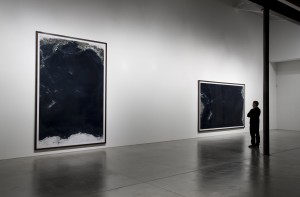 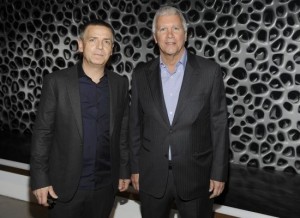 Andreas Gursky and Larry Gagosian, via The Huffington Post

This entry was posted on Sunday, April 18th, 2010 at 1:04 pm and is filed under Go See. You can follow any responses to this entry through the RSS 2.0 feed. You can leave a response, or trackback from your own site.