The spring auctions in New York, which form the bellwether of the art market, get under way tonight with the Impressionist and modern art sale at Christie’s.  Over the next two weeks, Sotheby’s, Christie’s and Phillips de Pury & Co are offering up to $1.2 billion of Impressionist, modern and contemporary art – twice as much as they sold last May. During the Impressionist and modern evening sales in May 2009 only three works carried price tags of $10 million or more – this month 10 works by Edvard Munch, Alberto Giacometti, Pablo Picasso and others are priced as high. Another six works are expected to fetch at least $5 million, up from four a year ago.  Judging by these optimistic pre-sale estimates, the auction houses clearly hope that things will play out as they did three months ago in London when Sotheby’s set the record for any work of art ever sold at auction with the $104 million sale of Alberto Giacometti’s L’Homme qui marche I to Lily Safra, wife of the late Lebanese banker Edmond Safra.  Now a Pablo Picasso nude bears the largest pre-sale estimate in history ($70m to $90m) and an anonymous third-guarantor who has agreed to bid at least $70 million (that’s more than the auction house got last fall for its entire evening sale of Impressionist and modern art). Christie’s are set to dominate the fortnight because of two art-stocked estates. Tonight, paintings and sculptures owned by the late Los Angeles collector Frances Brody are expected to fetch as much as $194 million.  98 lots from the estate of the bestselling author and filmmaker, Michael Crichton, are estimated to sell for as much as $75 million and form the backbone of their Post-War and Contemporary Art Evening Sale on Tuesday, May 11.

Acquired by the late Mr and Mrs Sidney Brody in 1951 for less than $20,000 and only exhibited publicly once since then, Nude, Green Leaves and Bust, is one of a series of portraits that Picasso painted in 1932 of his lover Marie-Thérèse Walter that have become among the most sought-after works on the market.

In 1999 the Las Vegas hotelier Steve Wynn bought one of the series Le Rêve for $48.4 million. After agreeing to sell it to the hedge-fund billionaire Steven A Cohen in 2006 for $139 million, Wynn inadvertently damaged the painting by sticking his elbow through it and so the deal was called off. However, the price acts as a benchmark for valuers who expect Nude, Green Leaves and Bust (a bigger and more graphic piece) to fetch well over its high-end estimate of $90 million. 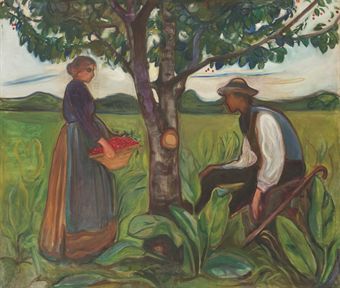 Christie’s is also offering Edvard Munch’s portrait of a faceless man and woman, Fertility, for at least $25 million. It has remained in private Scandinavian collections from 1918 until today. As its long and prestigious exhibition history illustrates, Fertility occupies a central position in Munch’s 1890s output and it is widely regarded as among the most important works by the artist of any period to remain in private hands.

Alberto Giacometti’s bronze bust Grande tête mince, possibly a self-portrait, leads the Brody Collection’s impressive selection of sculpture. Acquired for $3,000 in 1955 at the Pierre Matisse gallery in New York, the piece is from an edition of six works conceived in 1954, during a period in which Giacometti sought to reclaim a more realistic and concrete sense of space. The work is estimated to sell for between $25 and $35 million, the work has a third-party guarantor who has agreed to bid at least $25 million. 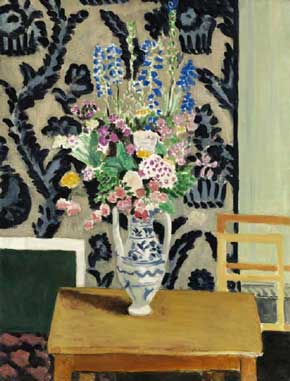 The cover lot of Sotheby’s evening sale of Impressionist and Modern Art is Henri Matisse’s Bouquet pour le 14 Juillet 1919 (nature morte), the artist’s emotional celebration of the first Bastille Day following World War I, which is estimated at $18 to $25 million.  The painting has only had two owners, first sold to the artist’s dealer Gaston Bernheim de Villers at the time of its execution, it remained in the family collection until it was sold at auction in France in the early 1980s for FF6.8 million ($1 million) a record price at the time. Since then, the painting has been in the same private collection for over a quarter of a century.

Another work generating excitement is Claude Monet’s Effet de printemps à Giverny which carries a pre-sale estimate of $10 – $15 million. Executed at the height of Monet’s Impressionism, Effet de printemps à Giverny exemplifies the artist’s life-long commitment to painting en plein air, exploring the effects of weather conditions and light at different times of the day on the surrounding landscape. 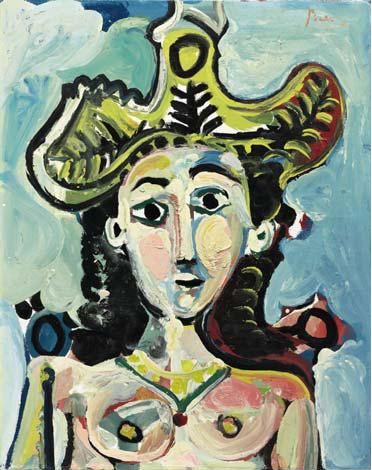 Among the important portraits of women on offer (Pablo Picasso’s Femme au Grand Chapeau Buste and Kees van Dongen’s Jeune Fille au Chapeau Fleuri) is Amedeo Modigliani’s beautiful Jeanne Hébuterne au Collier which has not appeared at auction in nearly 70 years. Painted in 1916-17 at the beginning of their relationship, the work is believed to be the very first portrait of Modigliani’s future wife and muse, Jeanne Hébuterne. The artist’s portraits are among his greatest masterpieces and include the world record for his work ($31.4 million) which was achieved by Sotheby’s New York in 2004. Modigliani’s portraits of Jeanne are rich with emotional and psychological content; here he balances with rich, thick impasto with soft tones, underscoring the tenderness and passion he felt for the sitter.

This entry was posted on Tuesday, May 4th, 2010 at 5:16 pm and is filed under AO On Site, Art News. You can follow any responses to this entry through the RSS 2.0 feed. You can leave a response, or trackback from your own site.