The Philosophy of Andy Warhol (From A to B and Back Again)
(Andy Warhol, 1977)
Read More and Buy↠
Home » AO Onsite – Auction Results: works from the Halsey Minor Collection fetch $21.1 at Phillips de Pury & Company, New York 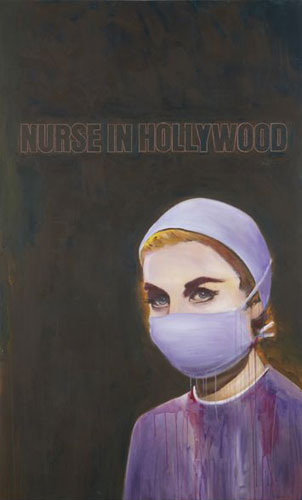 Fueled by 22 choice works from the collection of the embattled CNET founder Halsey Minor, which sold for $21.1 million, Phillips de Pury & Company’s evening sale last night wrapped-up a hugely successful week of contemporary art auctions in New York. Overall, the boutique-sized auction house sold 58 of the 74 lots on offer for a grand total of $37.9 million. Unlike its uptown rivals, Phillips saw no lots make over $5 million with only seven exceeding the $1 million mark. Nevertheless, the result is superior to the auction house’s last Contemporary evening sale in New York in November 2009, when they managed to bring in only $7,099,250. While a few familiar faces featured in the crowd, including Miami collector Donald Rubell and the fashion mogul Marc Jacobs, most of the action was dominated by anonymous telephone bidders – with the majority of winning bids being taken by Michaela de Pury and Michael McGinnis, head of Phillips’s contemporary art department worldwide.

In March this year Halsey Minor was instructed by a court order to give up dozens of artworks to satisfy a $21.6 million delinquent loan to ML Private Finance L.L.C., an affiliate of Bank of America’s Merrill Lynch. While last night’s sales may cover the majority of this payment, Minor is also under a court order to pay Sotheby’s a further $6.64 million in a dispute over three artworks he had purchased at auction and later refused to pay for. Meanwhile, in the state of California, a trial is underway on issues between him and Christie’s auction house. More works from Minor’s collection are coming on the block at Phillips today and on June 9.

More images, related links and a full round-up of the sale after the jump….

Top-lot honors of the night went to the cover-lot of the Halsey Minor Collection, Richard Prince’s Nurse in Hollywood #4. The ‘naughty nurse’ sold to an anonymous telephone bidder for $6,466,500 – within the pre-sale estimate of $5-7 million. The underbidder was New York art dealer Sandy Heller. The cover-lot of the main sale, Urs Fischer’s aluminum cast of his own hands entitled The Grass Munchers, sold for $902,500 – a new auction record for the artist.

As described in the auction catalogue, Minor’s manner of collecting was guided by a thirst for “only the best,” and this was reflected in the many fashionable names from the past decade that populated the sale. John Baldessari, Takashi Murakami and Ed Ruscha were all featured in the top ten lots. Three works by Ruscha sold for over $500,000, the most notable being Angry Because it’s Plaster, Not Milk, which fetched $3,218,500 making it the second most pricey lot of the evening.

Some of the Minor sale’s most interesting offerings were a number of works by the Australian industrial designer Marc Newson. Newson’s top sale of the evening was his 1988 Lockheed Lounge, the only example of his most famous design with white exposed fibreglass-reinforced polyester feet. The prototype smashed the pre-sale estimate of $1-1.5million when it sold to telephone bidder for a record $2,098,500 – the previous record of £1,105,250 ($1,613,951) was realized at Phillips de Pury’s London sale in April 2009. Other Newson’s did not fare so well – the artist’s Event Horizon Table failed to meet its estimate of $250–350,000, fetching only $242,500 to Newson’s dealer, Larry Gagosian. A third Newson, Pod of Drawers, passed at $380,000 despite carrying a hefty $1-1.5million estimate.

Jean-Michel Basquiat’s Rubber was the top lot of the lots from various owners. The work, painted onto a door in three distinct sections giving the illusion of a visual triptych, sold within the pre-sale estimate for $1.8 million. Six excited bidders pushed Andy Warhol’s iconic 1964 single Brillo Soap Pad Box sculpture in silkscreen ink and house paint on plywood, estimated at $250-350,000, to $638,500 – a small price compared to Warhol’s $29.1 million taking at Sotheby’s on Wednesday evening, for his enormous Self Portrait.

This entry was posted on Friday, May 14th, 2010 at 4:29 pm and is filed under AO On Site, Auction Results. You can follow any responses to this entry through the RSS 2.0 feed. You can leave a response, or trackback from your own site.