Go See – London: "In the Company of Alice" at Victoria Miro Gallery through July 30th, 2010 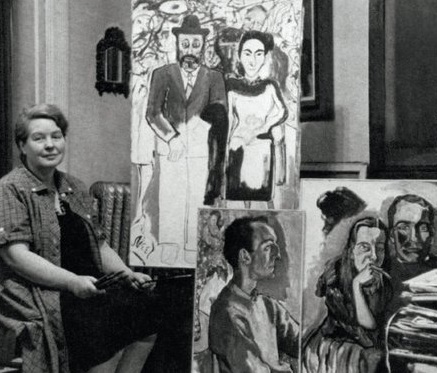 “In The Company of Alice” is currently on view at Victoria Miro Gallery. This is a group exhibition of paintings honoring the life and work of Alice Neel. Each of the painters participating in the show drew inspiration from their admiration for Neel’s work. Some of the artists in the show often create portraits–but for others this is a new endeavor, and their very first portraits are being shown in this exhibition. “In the Company of Alice” coincides with a retrospective of Neel’s work at Whitechapel Gallery, opening on July 8th. Studying Alice Neel’s work as a point of departure for modern and contemporary portraiture, “In the Company of Alice” aims to broaden the viewer’s perspective of figuration and portraiture. The exhibition also brings forth the importance of  these modes of practice in relation to contemporary art.

Neel was born just outside of Philadelphia in 1900. She was the foremost American portraitist of her time and a pioneer among female painters. Portraiture was Neel’s preferred subject, but she also created still life and landscape paintings. Throughout her career, Neel never worked with the avant-garde movements. She was always an independent thinker, and tended to find herself socializing among left-wing activist groups.

Neel trained at The Philadelphia School of Design for women, and moved to Greenwich Village upon her graduation. While living in the village, Neel joined the Works Progress Administration and painted urban scenes for the organization. The Works Progress Administration was the largest New Deal Agency, and in turn the largest relief program in the United States, employing millions of people to carry out public work projects. In addition to her urban paintings, Neel’s portraits from this period inspired left-wing writers, artists, and trade unionists.

In 1938 Neel’s strong social conscience and left-wing ideals led her to move from Greenwich Village to Spanish Harlem where she painted portraits of the city’s immigrant community. In the sixties, Neel made a great effort to reintegrate with the art world. At this point she moved from Harlem to the Upper West Side and painted a dynamic series of portraits of art world figures. This series includes major artists, curators, and gallery owners, such as Frank O’Hara, Andy Warhol, Robert Smithson, Meyer Shapiro, and Linda Nochlin. During this time, Neel maintained her practice of painting political personalities, more specifically African American activists and supporters of the women’s movement.

By the seventies Neel was painting portraits of her extended family and a series of nudes. Her nudes became an expression of her fight for women’s rights. They displayed the female point of view on the societal conventions of eroticism. In 1974, Neel presented a retrospective of her work at The Whitney Museum. The museum chose to repeat the exhibition in 2000, celebrating the centenary of the artist’s birth. Today, Neel’s portraits exist as an unparalleled chronicle of New York personalities.

Throughout the end of her career, Neel was regularly invited to lecture on her work. These lectures helped Neel evolve into a major role model for supporters of the feminist movement. It was because of her outreach that Neel’s work became widely known and she was elected a member of the National Institute of Arts and Letters, which is now called the American Academy of Arts and Letters. At the time, this was considered the highest formal recognition of artistic merit in the United States. Neel received the International Women’s Year Award in 1976, and the National Women’s Caucus for Art Award for outstanding achievement in the visual arts in 1979. Neel passed away in 1984. 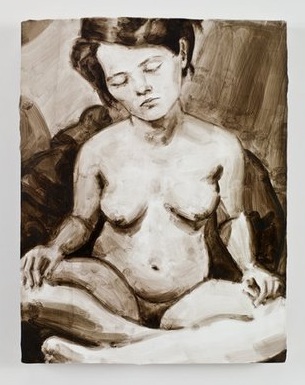 Elizabeth Peyton’s Alice Neel in 1931 portrays Neel as a suffering young adult. Neel is depicted nude and contemplative. 1931 is the year that Neel was released from an asylum after suffering from a mental breakdown. Peter Doig’s portrait also addresses the troubled female youth. He portrays his daughter Eva as unsettled and nervous in his painting titled Dark Girl. 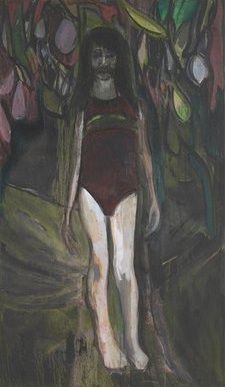 Yayoi Kusama has a few new portraits in the show that address the repetition of image and the idea behind creating a self-image. Grayson Perry, also concerned with self-image, depicts himself as his alter ego Claire in his portrait Transvestite Looking in a Mirror.

Artists with emotionally charged works include Boscoe Holder, Philip Pearlstein, and NS Harsha. Holder is thought to be Trinidad and Tobago’s leading contemporary painter. He creates an intimate setting in his portraits of West Indian men and women. By paying careful attention to detail when describing nudity and posture, Holder creates modest, but sexually charged portraits. Pearlstein is also a highly detailed painter. His portraits are realist works constructed of flawlessly rendered figures and an array of props. By painting the figure and the object on equal terms, Pearlstein’s paintings appear to be more like still life compositions than formal portraits, and some critics even consider his work to be a form of abstraction. His painting style creates a detachment between the figure depicted and the living world. Pearlstein associates this detachment with a freedom from emotional and psychological concerns. Harsha’s work deals with absence. He depicts a singular figure in shadows, which can only be seen when viewing the painting from a far. At close glance the painting appears to depict a bird’s eye view of a gathering crowd. 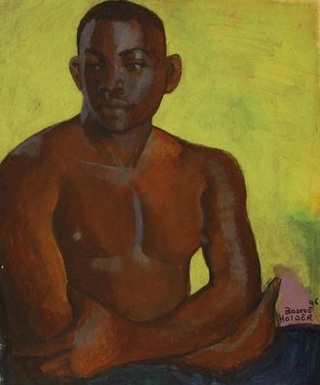 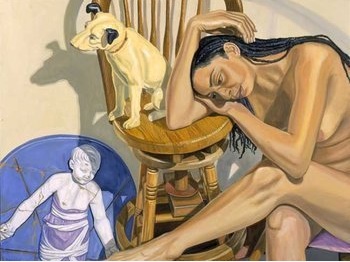 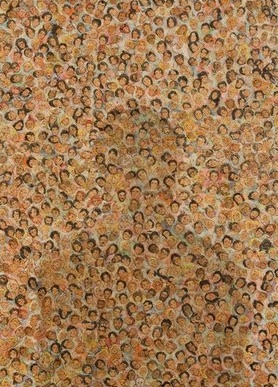 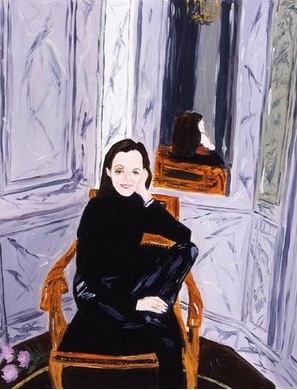 Few twentieth-century painters have documented the human psyche as candidly as Alice Neel. She reinvigorated the tradition of portraiture at a time when abstract art and the male white painter dominated the art scene. While portraiture has illustrated political and social circumstances throughout history, the artists in this exhibition try to transform portraiture into a genre that can hold its own weight amongst the innovations of the contemporary art world by using Neel’s portraiture as inspiration means to address the complexities of personal identity.

Lyons, who also served three years as the parochial vicar at Sacred Heart Parish, will remain a priest and attend to the daily operations of the diocese until a bishop is appointed, a press release from the diocesan offices said Saturday.

The diocese includes 18 parishes and 75,000 Roman Catholics in Lancaster County and a total of 235,000 parishioners in 89 parishes across 15 Pennsylvania counties.

“I can think of no person who can do it better,” the Rev. Msgr. Thomas H. Smith, of St. Joseph Roman Catholic Church, said Saturday evening upon hearing of the election of Lyons. go to website pennsylvania child support

“I have known him since ordination,” Smith said. “He has the respect of the priests of the diocese.” Smith said Lyons brought a lot of “warmth” to Lancaster when he served at Sacred Heart church.

“He is a very warm person and a respecter of persons,” Smith said, adding that Lyons knows the policies of the diocese well, as he has “been doing much of the work” recently.

Lyons was elected by the Priests’ College of Consultors on Saturday.

“I humbly accept this new position and hope to fulfill it in the spirit of our beloved Bishop Dattilo,” Lyons said. “I ask the people of the diocese to pray for me.” Bishop Dattilo, 71, died at 4:30 a.m. Friday at Holy Spirit Hospital in Camp Hill, where he had been hospitalized since Feb. 7.

According to diocesan officials, Dattilo suffered from heart and respiratory problems, kidney failure and diabetes.

In 1994, Dattilo appointed Lyons as vicar general/general secretary of the diocese, a position he continues to hold.

Lyons was ordained a priest for the Harrisburg Diocese in 1988. He entered seminary in 1984 after working with the Pennsylvania Child Support Enforcement Program and serving three years in the Army, one of those in Vietnam.

He also served as the parochial vicar at St. Theresa parish, New Cumberland, and was pastor of Sacred Heart parish, Harrisburg. He is a former chaplain at Trinity High School.

He is a graduate of Penn State University with a bachelor’s degree in philosophy and a master’s degree in education. He was born in McKees Rocks.

This entry was posted on Saturday, June 26th, 2010 at 1:00 am and is filed under Go See. You can follow any responses to this entry through the RSS 2.0 feed. You can leave a response, or trackback from your own site.

One Response to “Go See – London: "In the Company of Alice" at Victoria Miro Gallery through July 30th, 2010”