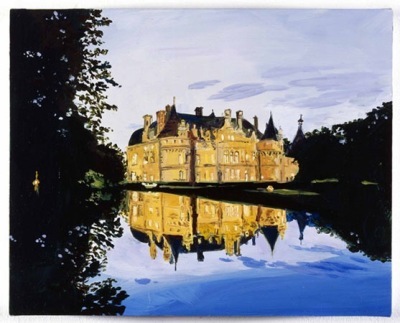 Currently showing at the Vera Munro Gallery in Hamburg, Germany through September 30th, 2010, is an exhibition of works by various artists and chosen by Gerwald Rockenschaub.The full list of artists can be found on the gallery’s website, and includes established artists such as Ellsworth Kelly and Gerhard Richter, and younger artists like Tomma Abts and Katja Strunz. 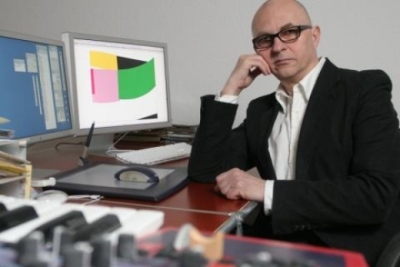 According to the gallery, the works of the older artists were chosen in accordance with those artists’ conceptual beliefs. The younger artists were picked based on tighter criteria: Rockenschaub looked at the artists’ specific works in making a decision. The exhibit is titled High Ideals and Crazy Dreams, which Rockenschaub says denotes the “creative tension” between the older and the younger artists. The title itself is more fitting to the younger artists, who certainly have “high ideals and crazy dreams.” Younger generations tend to have these “crazy dreams”; older artists make them a reality. Rockenschaub has remarked on this difference: “Art commits itself to a high ideal, but has its origin always in the visioned idea.” Below are samples of work by the artists at the exhibit. 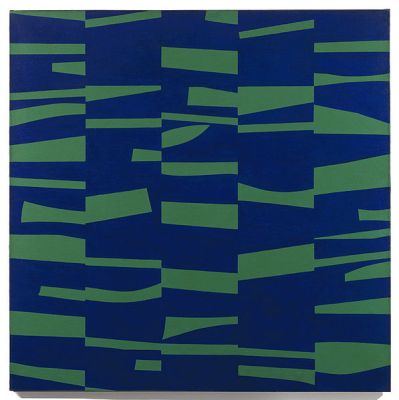 A sample of artwork by Ellsworth Kelly: The Meschers (1951), via Wikipedia

Ellsworth Kelly, born in 1932, is an American painter who uses bright colors and subscribes to the theory of minimalism. The painting above, The Meschers, highlights both of these qualities. It is a relatively simple painting, comprised of alternating, uneven blue and green dashes. The blue and green parts of the painting are harshly separated, recalling the hard-edge painting movement, a term coined in the late 1950s. 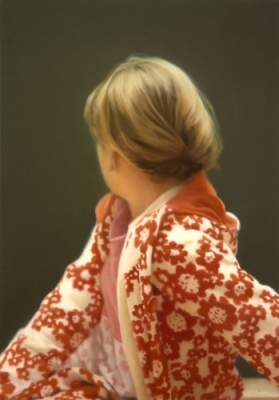 Gerhard Richter is another established artist featured in this exhibit, which runs parallel with his show at the National Museum for Decorative Arts in Buenos Aires, Argentina. Richter is known for his photo-paintings, such as S. Mit Kind (S. With Child) seen above. Born in 1964, Richter is German and his artwork often reflects his nationality and his surrounding political atmosphere. 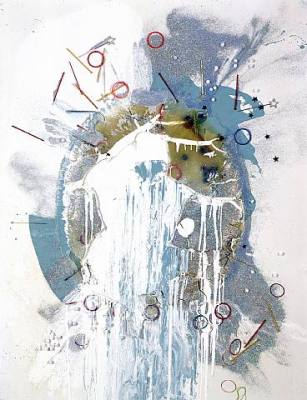 Born in 1948, John Armleder is a Swiss artist who came to rise in the 1960s and ‘70s. He is known for his large scale works: sculptures, murals, and installations. Armleder called another set of works “Furniture Sculptures,” which place traditional art – paintings – next to art that is not-so-traditional: chairs, sofas, and the like.  While Armleder is also associated with both the Fluxus movement and the Neo-Gothic movement, he refuses to officially align with any group. 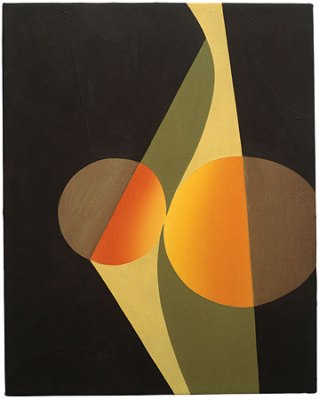 Another artist at the exhibit is Tomma Abts, a forty-three year old German abstract painter. She was the recipient of the 2006 Turner Prize, a British award given for excellence in contemporary art. Abts paintings are purely abstract and not “representational,” or alluding to any theme or event. However, she is not a minimalist; though her art is abstract, it is often complicated.

The works in this exhibit represent a variety of talent. In all, fifty-six artists are included. The gallery is hosting the exhibit as a summer show; it has been available to the public since May 20th and will continue to be until September 30th.

This entry was posted on Tuesday, July 20th, 2010 at 6:22 pm and is filed under Go See. You can follow any responses to this entry through the RSS 2.0 feed. You can leave a response, or trackback from your own site.