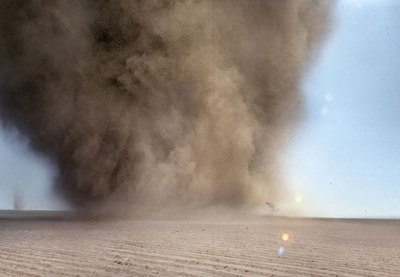 Currently showing at the Tate Modern in London until September 5, 2010, is a series of works by artist Francis Alÿs. Alÿs is famous for sacrificing his own comfort and health for the sake of art, as he does with his “Tornado” video (2000-10) on display at the Tate. A still of this video serves as the picture on the museum’s banner of the exhibit, entitled Francis Alÿs: A Story of Deception. The picture shows a man, bent against the wind and obscured by dust, essaying to reach the center of the storm. This footage was collected over the course of a decade, as Alÿs struggled both to keep his cameras intact (he reportedly lost six) and to capture the sense of “adrenaline” that he craved. While many works are videos, other media are included, such as paintings. 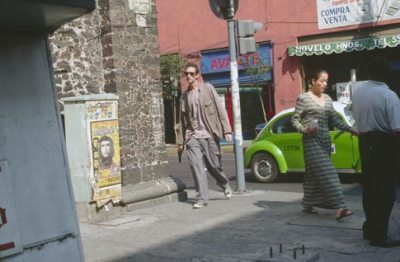 Alÿs has been noted to explore national and international issues through his art. The Loop (2007) chronicles his journey from Tijuana, Mexico, to San Diego, California. His convoluted route – to Australia from Mexico, up the Pacific Rim, down to Alaska, and finally to California – highlights the sensitive border issues that the United States and Mexico face. It also recalls the lengths to which Mexican citizens will go to gain entrance to the States. In a similar sense, the creation of Re-enactments (2000) has been attributed to the overt violence that exists in crime-ridden Mexico City. Alÿs was photographed as he walked along the street, clutching a downward-facing gun and anticipating police intervention. After he was arrested, he convinced police to aid him in a “re-enactment” of the scene. 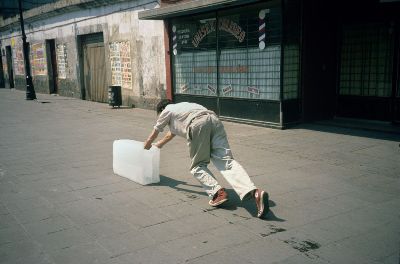 Alÿs subscribes to the idea that art can be made – and recorded – in daily life. The third and fourth rooms in the exhibit are titled “Mexico City,” and they feature videos shot only yards from Alÿs’ studio. One, Paradox of Praxis I (2007), shows Alÿs pushing an ice block on the street until it melts. The work is alternately titled Sometimes Doing Something Leads to Nothing. Again, Alÿs explores cultural issues in his art. Notedly, the working public in Mexico City often feels the frustration and discontent that come from “doing something that leads to nothing,” albeit in a less physical way. These sentiments are well captured in the video, which brings to mind the feelings of global citizens who have suffered in the recent global recession. 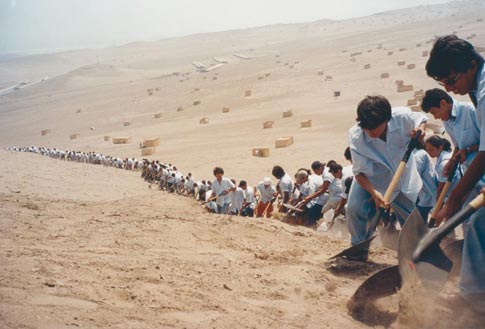 When Faith Moves Mountians (2002) by Francis Alÿs, via Tate

Even “Tornado” is not free of political undercurrents. The Tate notes that, according to Alys, “Tornado” symbolizes a coming demise of government and the descent of order into chaos. A similar work and Alÿs’ most well-known, When Faith Moves Mountains (2002), took perhaps the most combined effort. Like “Tornado,” it was reportedly inspired by the idea of a lapsed faith in government. After the Fujimori government in Lima collapsed, Alÿs assembled 500 Peruvians on the outskirts of the city. The volunteer group stood in a line, side-by-side, digging up sand as they walked. The project resembles Paradox of Praix I (2007) in that Mountains explores the concept of doing a large amount of work for little result.

Born in 1959, Alÿs is a Belgian-born artist who lives in Mexico City. There, he works to expose local and international issues through his art, which has been featured internationally. 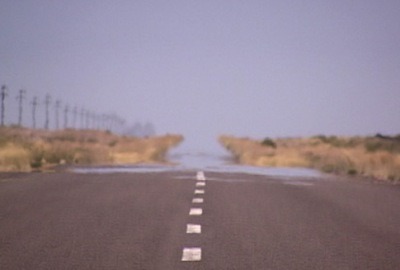 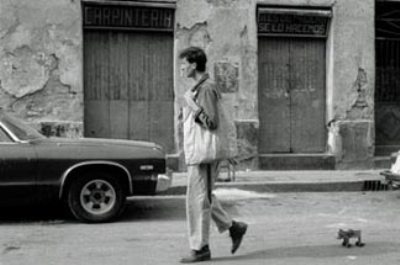 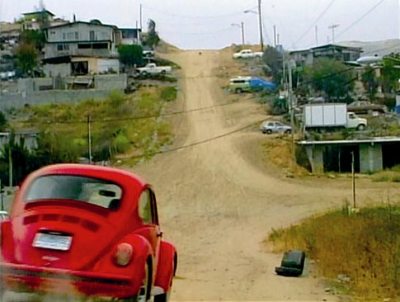 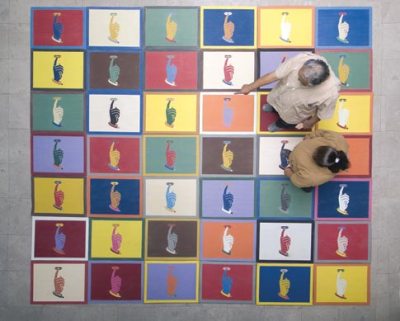 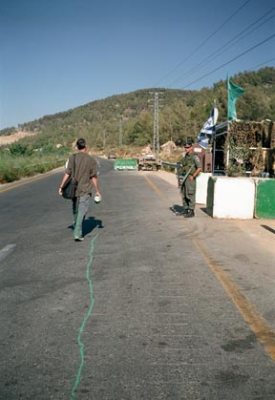 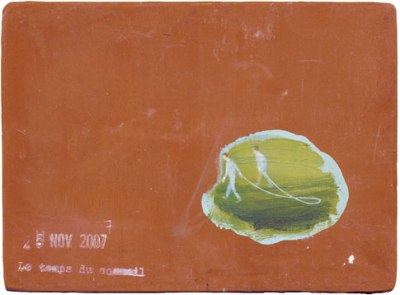 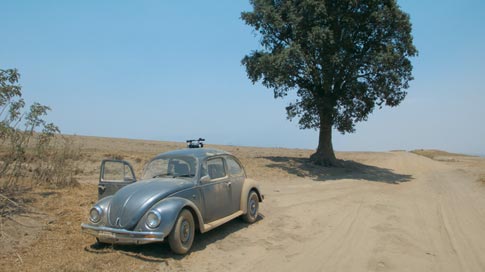 A still of the video “Tornado” by Francis Alÿs, via Tate

This entry was posted on Friday, July 9th, 2010 at 6:21 pm and is filed under Art News. You can follow any responses to this entry through the RSS 2.0 feed. You can leave a response, or trackback from your own site.