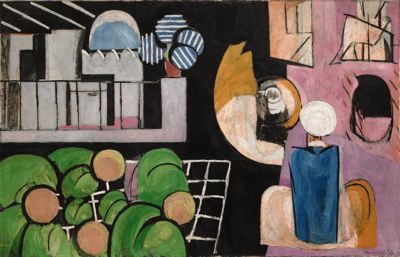 Matisse: Radical Invention, 1913-1917, at the Museum of Modern Art, features almost 120 paintings, drawings, prints, and sculptures completed by Henri Matisse within the span of four years.  1913 marks a turning point in Matisse’s evolutionary career: in the twilight of WWI, the artist made a profound move toward conceptual distortion.  He worked in German-occupied France while his brother was in a prison camp and his mother was behind enemy lines–conditions he deemed the “methods of modern construction” that altered the course of his artistic and personal development. 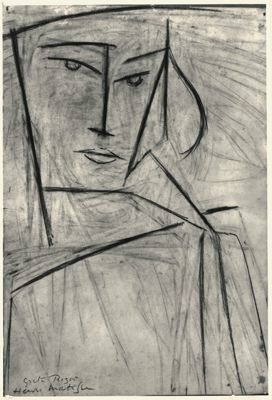 Matisse’s works approach abstraction, often distilling his images from photo-realistic paintings into shapes, shadows, and colors evocative of the human form.  Matisse favored suggestion over detail, constructing bodies and objects from the sum of several carefully placed lines.  The result of this ambiguity is an anonymity suitable to the indiscriminate killings Matisse would have witnessed during this time. 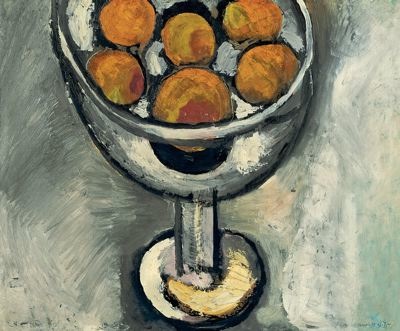 As a 44 year old with a weak heart, Matisse was barred from serving in the French army in 1914.  While contemporaries Georges Braque and Andre Derain fought in the war, Matisse remained at home, painting: “I sometimes emerge victorious, but winded,” he said, likening his artistic endeavors to a conquerable battlefield.  He began to use sober blacks and grays increasingly, which may be reflective of the deterioration of Paris he witnessed and the gravity of his familial circumstances.  Even Matisse’s neutral tones, however, are sumptuous and textured, a feat he achieved by layering, scoring, scuffing, and scratching his canvases, painting in a manner comparable to sculpture. 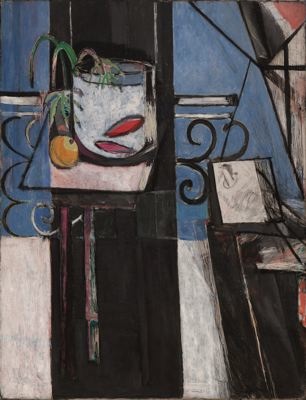 Despite the reductionist nature of Matisse’s work from 1913-1917, x-rays have revealed up to seven layers of nearly completed paintings under his finalized canvases, indicating a purposeful frugality.  The uniqueness of this period for Matisse is evidenced by his return to naturalism and conventionalism at the end of the war, when the artist relocated to Nice, France. 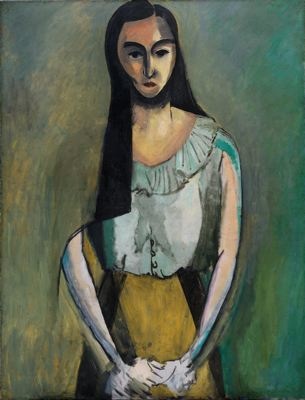 While Matisse painted familiar objects, it is his style that became structural in the face of chaotic war.  In 1951 Matisse told an interviewer, “Despite the pressure from certain conventional quarters, the war did not influence the subject matter of painting, for we were no longer painting subjects.” This quotation alludes to his prioritization of essence over material.  His painting of a dark-haired Italian woman, for instance, is exceptional not for its subject matter, but rather for Matisse’s animation of the wall behind her, which seems to be simultaneously engulfing and protective.

This entry was posted on Monday, August 2nd, 2010 at 1:00 am and is filed under Go See. You can follow any responses to this entry through the RSS 2.0 feed. You can leave a response, or trackback from your own site.