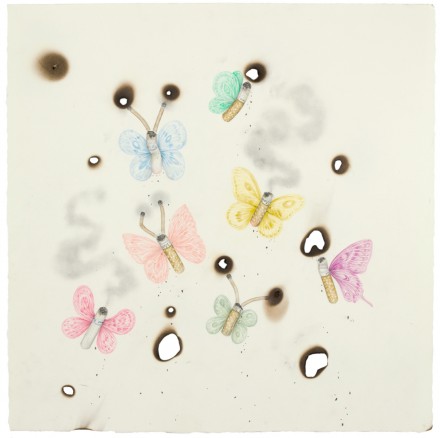 Aurel Schmidt, Crap Butterflies, 2010. All images via The Fireplace Project.

Concluding its three-week run at The Fireplace Project in East Hampton this Monday is Aurel Schmidt‘s ‘Summer Bummer:’ an exhibition featuring over a dozen new works on paper by the critically-acclaimed 27 year-old artist. It is the first solo show in almost two years for the 2010 Whitney Biennial selectee, who produced the series on view during a visit to her rural hometown in western Canada earlier this summer. 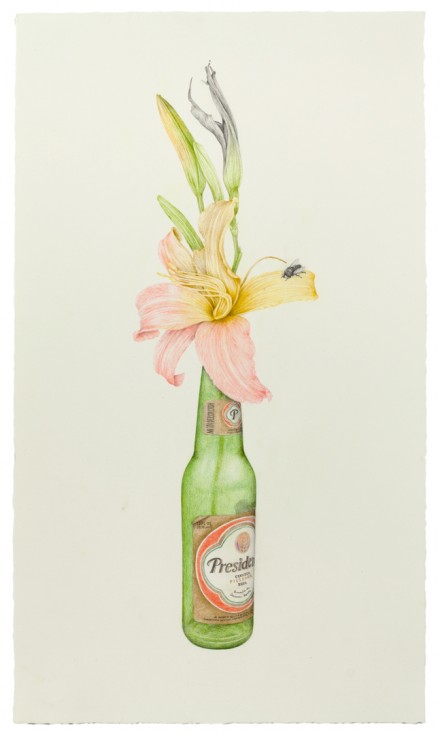 “You aren’t going to produce your magnum opus in August, so I wanted to resist the urge to over-think and have the show be about lightness,” Schmidt says of the series in Interview Magazine. The lovely, subtle images combine mundane objects like soda cans and cigarette butts with pastel-hued summertime motifs such as flowers and butterflies. The exhibition’s name accurately captures the mood of the works on view, as well as the melancholy and nostalgia often associated with the end of the season. 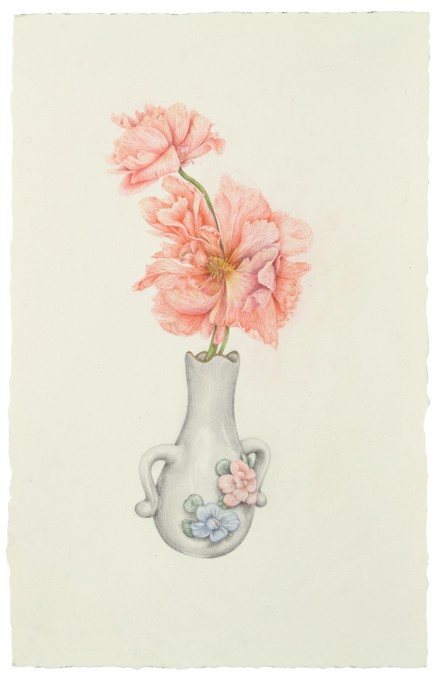 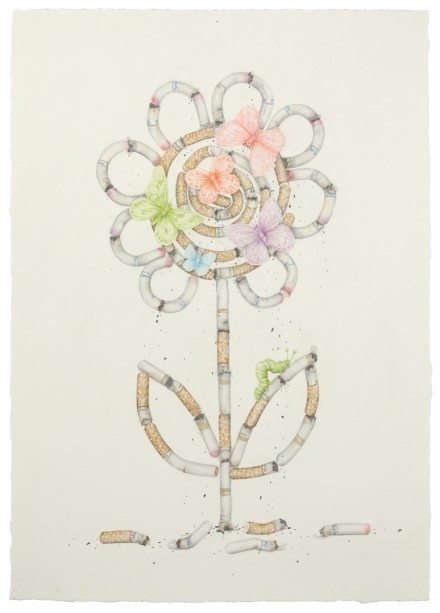 Schmidt’s recasting of provocative imagery into semantically-charged, finely-drawn composite pictures in ‘Summer Bummer’ is consistent with the works for which she is best known. Her enduring preoccupation with themes of decay and regeneration emerges here as a synthesis of oppositions, both formal and conceptual. The aesthetic tension between sentimentality and realism is expressed with sophisticated, pretty results.

This entry was posted on Saturday, September 4th, 2010 at 9:29 am and is filed under Art News. You can follow any responses to this entry through the RSS 2.0 feed. You can leave a response, or trackback from your own site.