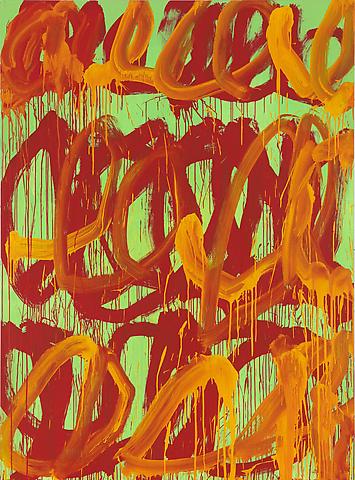 On October 20th, Gagosian Gallery inaugurated its Paris space with an exhibit of five new paintings by Cy Twombly, grouped under the title “Camino Real,”  as well as a selection of the artists’ bronze sculptures.  The opening of Gagosian’s ninth gallery was scheduled to coincide with the start of FIAC, the International Contemporary Art Fair, which took place in Paris from October 21 to 24.  These works will be on display in the gallery’s project room until December 23, 2010. 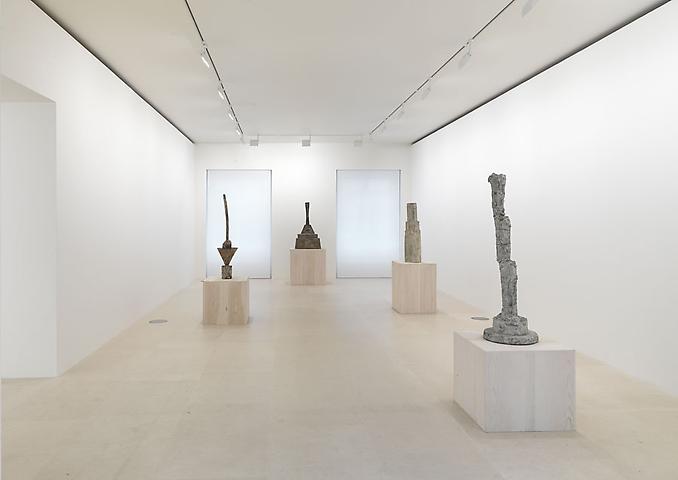 “Camino Real,” is a reference to the play of the same title by Tennessee Williams, first performed in New York in 1953.  Camino Real has an uncharacteristically large cast for a Tennessee Williams play, with over forty characters, most of whom are borrowed from works of fiction (Victor Hugo’s Esmeralda, from The Hunchback of Notre Dame; Cervantes’ Don Quixote and Sancho Panza; Marcel Proust’s Baron de Charlus, from In Search of Lost Time) as well as celebrated literary figures, such as Casanova and Lord Byron.  Gagosian’s press release makes a connection between Williams and Twombly’s romantic attitudes towards life and their shared ability to find inspiration from myriad sources.

The new Gagosian gallery, situated on Paris’ Right Bank, is located in a former hotel particulier, renovated by the architects Jean-François Bodin and Caruso St. John. The gallery contains 3,800 square feet of space, spread out over two floors connected by a smoothly-swirling spiral staircase. Gagosian announced the opening of the new gallery in early September, stating that Paris is “an historical capital of art and is reclaiming its position within the international art circuit through its high quality museum installations and a growing art market.”  It seems that Gagosian’s gamble has paid off: Bloomberg reports that the sales of Twombly’s paintings, which took place before the gallery had opened, brought in over $20 million. 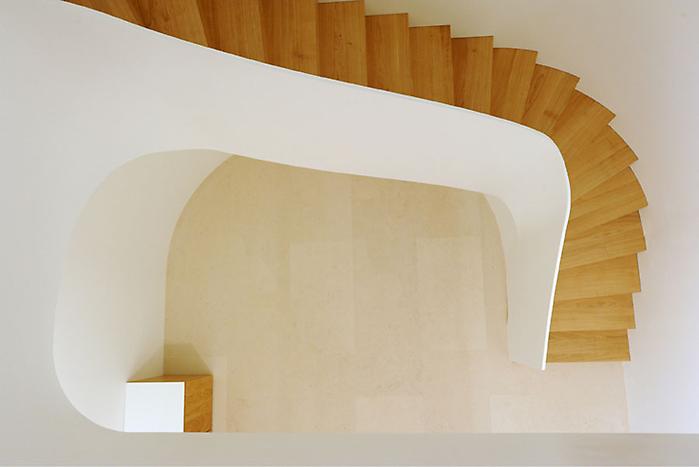 An artist with a great deal of vitality, Twombly is still actively producing new work at the age of 82.  The first retrospective of the work of his contemporaries Robert Rauschenberg and Jasper Johns was mounted in  1968, and have recurred regularly ever since.  Over a year ago, Gagosian also selected Cy Twombly to inaugurate a new gallery space, this time in Athens: the exhibit was entitled “Leaving Paphos Ringed with Waves,” quoting the Spartan lyric poet Alcman.  The works shown here return to Twombly’s signature Abstract Expressionist scribbling-style, this time in a vivid palette of orange and red over a pale green background. 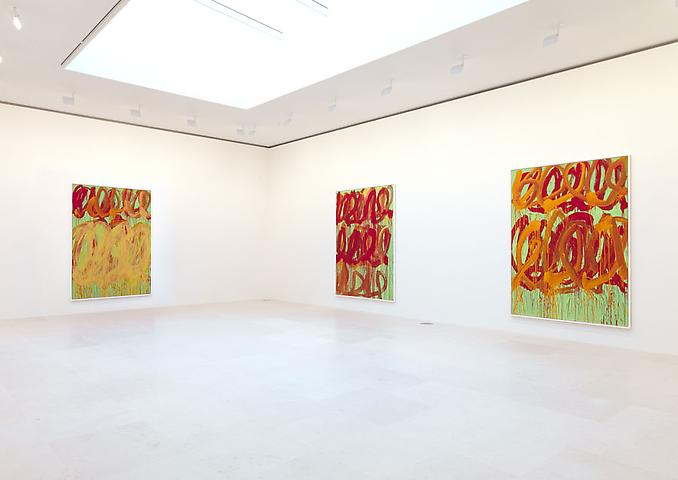 This entry was posted on Friday, November 19th, 2010 at 3:20 pm and is filed under Art News. You can follow any responses to this entry through the RSS 2.0 feed. You can leave a response, or trackback from your own site.