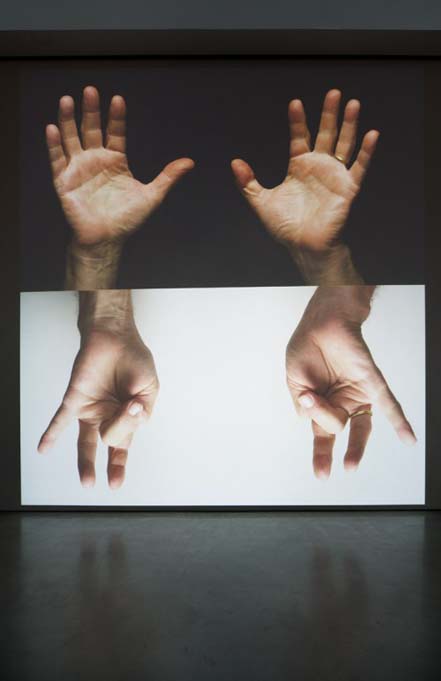 Bruce Nauman For Beginners (all the combinations of the thumb and fingers), 2010. All images courtesy of Sperone Westwater.

Currently on view at Sperone Westwater‘s new Bowery location are new video and sound pieces by artist Bruce Nauman. According to a statement given by Assistant Director Maryse Brand to The Huffington Post, the inspiration for the new works on display arose when the artist read the words ‘for children’ in a book, which made Nauman consider piano pieces written specifically for children learning to play the piano. This in turn, led to the piece For Beginners (all the combinations of the thumb and fingers), two large video projections of the Nauman’s hands in all 31 different possible combinations of each finger and thumbs. Each video is accompanied by an audio feed of the artist reading instructions for each combination. The two videos are the same except for the background color, but are not synchronized, making a layering of sound. 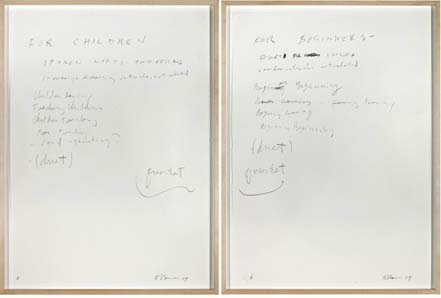 A second sound piece is For Beginners (instructed piano), which furthers this theme of piano playing and instructions. In this work, Terry Allen plays the notes that correspond to the audio instructions of the first video piece. The interplay between these two pieces maps the separation between instructions and actions, as well as between visual and aural sensory experiences. Similarly, in another work we hear the title of the exhibition ‘For Children’ repeated endlessly. 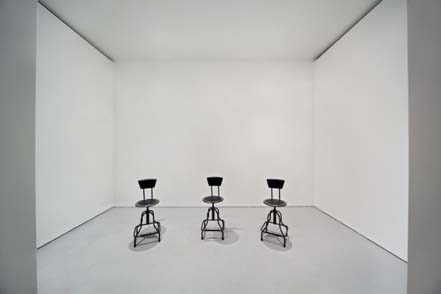 The final work Studio Mix, combines all of the above mentioned works into one piece. The video piece is now projected in to-scale size, and incorporates all three sound elements, effectively tying the exhibition together. In this exhibition, Nauman experiments with different combinations of the components within a set value, all the while disassociating words and their visual manifestation. 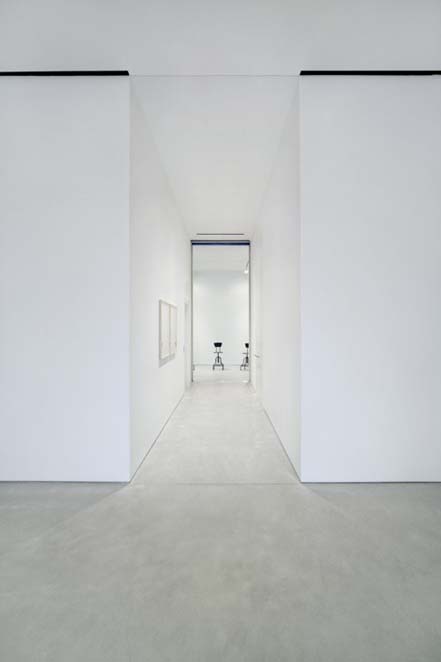 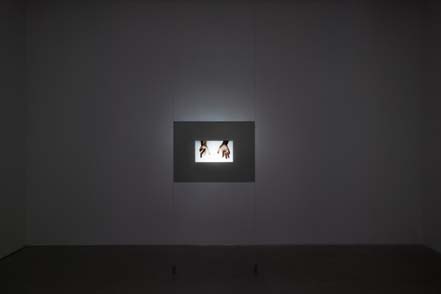 Bruce Nauman was born in Fort Wayne, Indiana, in 1941, and studied art under the tutelage of William T. Wiley and Robert Arneson at The University of Wisconsin, Madison. He worked as an assistant to Wayne Thiebaud, and exhibited with Leo Castelli in the 1960s. He currently lives and works in New Mexico with  his wife, Susan Rothenberg. He has exhibited at multiple Whitney Biennials, and represented the United States in the 53rd Venice Biennale in 2009. His work has been exhibited worldwide.

This entry was posted on Sunday, December 12th, 2010 at 1:00 am and is filed under Galleries. You can follow any responses to this entry through the RSS 2.0 feed. You can leave a response, or trackback from your own site.

One Response to “Don’t Miss: Bruce Nauman, For Children / For Beginners at Sperone Westwater through December 18th, 2010”