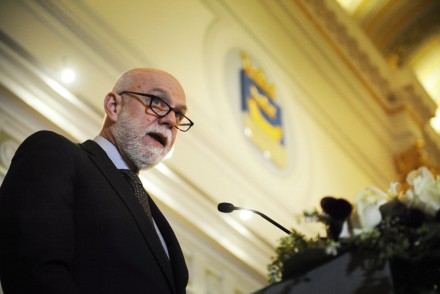 Helsinki, Finland’s largest city and the Nordic nation’s cultural center, may be home to the sixth museum under the Guggenheim banner. On Tuesday Mayor Jussi Pajunen and the Director of Solomon R. Guggenheim Foundation Richard Armstrong announced that a $2.5 million study will be conducted over the course of 2011 to determine the appropriateness of building a museum in the city. Adding to an already vibrant Helsinki art scene, growing steadily since the 1990s, a Guggenheim endorsement could vastly improve the city’s economic development and infrastructure; the Guggenheim Bilbao paid for itself ten fold in only five years.

The museum would likely be built on the new waterfront space available since 2008 when a main Helsinki cargo port was relocated. However, any site specifics and architectural ideas are to be put off until the actual decision is made by the Guggenheim. Assuming all goes well, the director of the Helsinki Art Museum, Janne Gallen-Kallela-Siren states, “This is an entirely different kind of approach. We are trying to create the concept of a museum for the 21st century first, then the architecture will become a part of it. If the architecture is first, the rest becomes subservient.”

Similar studies in Rio de Janeiro, Taichung, Taiwan, and Hong Kong proved unfruitful, with Guggenheim Abu Dhabi being the only site to pass, slated for completion in 2017. The Helsinki study to be funded by the city, the Finnish Cultural Foundation, and the Swedish Cultural Foundation in Finland, success could bring the Guggenheim name to the far north, above its already existing locations in New York, Germany, Italy, and Spain.

This entry was posted on Tuesday, January 18th, 2011 at 4:57 pm and is filed under Art News. You can follow any responses to this entry through the RSS 2.0 feed. You can leave a response, or trackback from your own site.