Don’t Miss – New York: “Chaos and Classicism” at the Guggenheim through January 9th, 2011 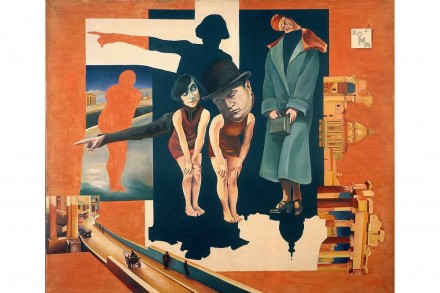 Chaos and Classicism: Art in France, Italy, and Germany, 1918-1936, currently on at the Guggenheim, is more history lesson than study of art object.  A mix of known artists with the unknown, names like Hannah Hoch, Picasso and the  little remembered Amleto Cataldi (whose third Google result is someone’s Facebook profile) are shown contextualized within this period of political transformation.  Curated by Kenneth E. Silver—author of Esprit de Corps: The Art of the Parisian Avant-Garde and the First World War, 1914-1925, which is considered an authority on interwar modernism—Chaos and Classicism offers an illustration of how art can just as easily support, as it does challenge, institutional power. Traveling up the Guggenheim’s ramp, the exhibition lays bare the changing sentiment of the period—from a reliance on the order and beauty of Classicism after the horrors of the first world war to fascism’s adoption of those same classical themes for world take over. 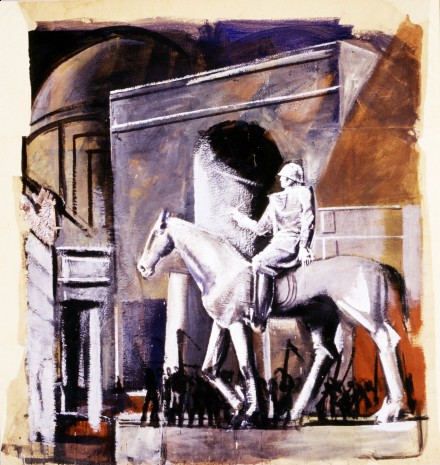 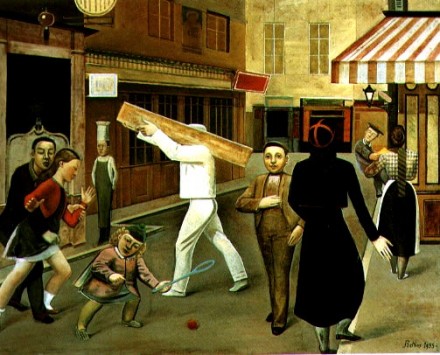 The scope of the aesthetic of classicism demonstrated by the exhibition is astounding. Paintings like Balthus‘s The Street (1933) utilize a Classical sense of simplicity, timelessness and community without Classical forms. A Julius Bissier self portrait, an image of himself next to a bust of his own head, gestures Bissier’s thoughts on Classicism at the time—that it existed as a thought within Modernism and did not represent a new Classical era. For artists like Bissier and Picasso, Classicism was important perhaps because of the increasing emphasis on sculpture during this period. 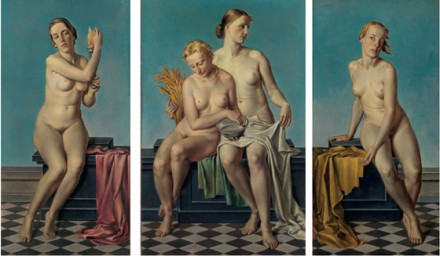 For others however, Classicism embodied a new, purified direction after WWI. Hitler installed Ziegler’s Four Elements (1936) above his mantel piece after his ascension to power. Chaos and Classicism reverberates today because it not only proves the significance of aesthetic in the organization of political power but it demonstrates how it operates. Elusively, a single aesthetic can have multiple, opposite meanings in the same decade. 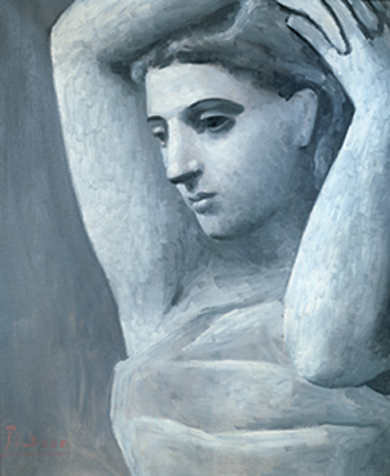 This entry was posted on Wednesday, January 5th, 2011 at 12:39 pm and is filed under Go See. You can follow any responses to this entry through the RSS 2.0 feed. You can leave a response, or trackback from your own site.