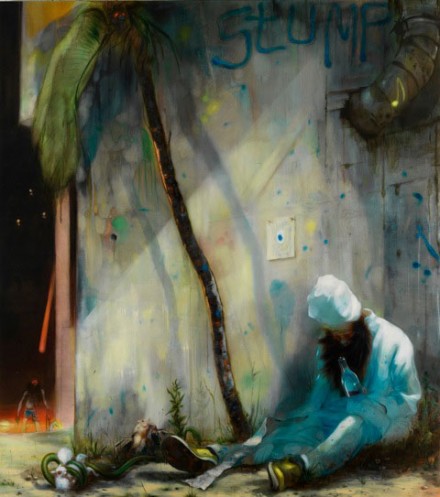 British artist Nigel Cooke is currently showing at Blum & Poe in Los Angeles through February 12.  The installation spreads three galleries, displaying Cooke’s most recent sculptures and paintings, including his stunning triptych: Departure, upheld by the curators as the exhibition’s centerpiece.  The work continues to examine the artist’s interest in the surreal, perhaps this time with a touch of the sublime, some of the works recalling the hazy, perilous romance of Caspar David Friedrich. 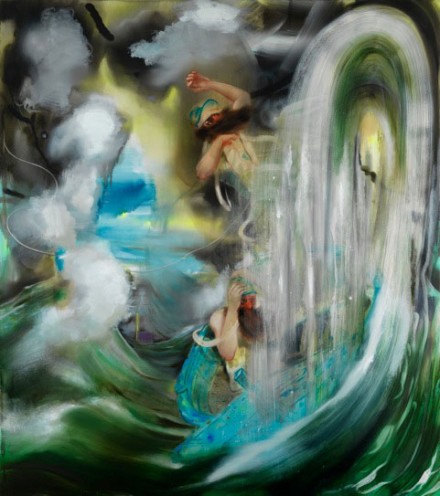 The exhibition highlights Cooke’s abstract works, displaying the same fascination with light and landscape as his figurative paintings, yet with a new compositional dynamism.  In his Shipwreck series, this dynamism is produced through the interplay between architectural shapes and gestural curves with discernible, figural details.  The works depict what looks like a static, architectural background being enveloped by a wave of gestural brushstroke.  In some of the Shipwrecks, casualties are detectable amid the ruins.  The curators point to these forms in their statement, referring to them within the painting tradition of “figure in the landscape as allegory,” perhaps another nod to romanticism. 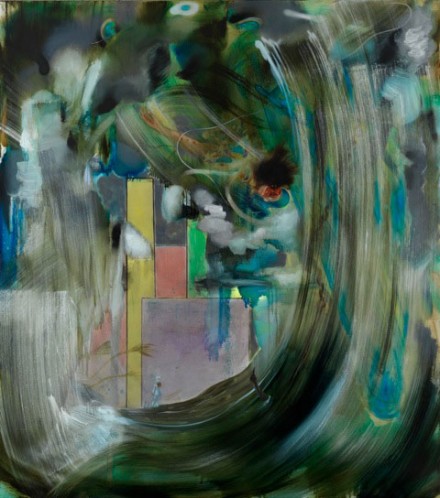 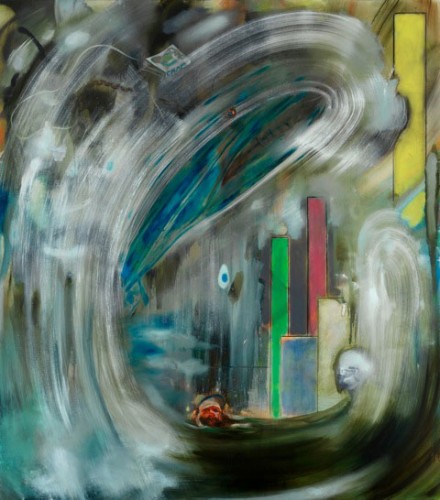 Cooke’s triptych, Departure, is located in the first gallery, occupying the entire east wall.  It depicts the same supernatural landscape as his other works, but here, his references to art history are more explicit.  The title is taken from a Max Beckmann triptych which depicts torture and brutality on both side panels, with a family sailing to salvation in the center.  Cooke’s work shows figures on both side panels in his signature surreal landscapes, while the middle panel depicts writhing prisoners in a boat on a dark and ominous sea.  Cooke describes the painting as an image of “provincial philosophy lecturers sailing to Ibiza for a rave,” an examination in hubris and self-indulgence. 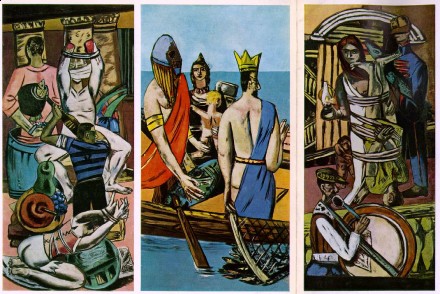 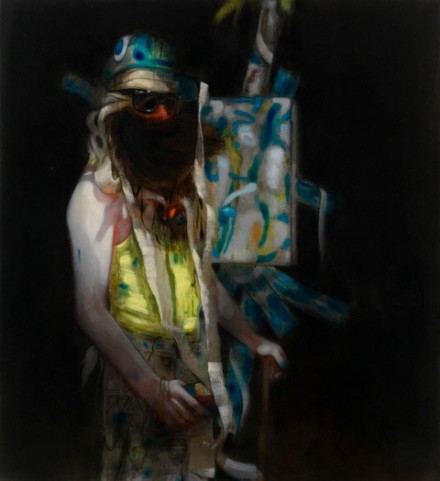 The remaining paintings in the show continue Cooke’s incorporation of bearded figures, referring to them as his “Master Chefs.”  These forms are most often depicted alone in a desolate landscape and seem to represent oppression and, ultimately, failure.  Dressed in the tattered shorts and overgrown beard of an aging hippy,  Cooke’s figure in Let it Go appears to pull endlessly at the same chain, his somber surroundings attesting to his action’s ceaselessness.  In some ways, these forms could be read as representing the artist himself.  Rather than tireless struggle with no end in sight, these figures may instead signify steadfast production and creativity in the face of despair and banality. 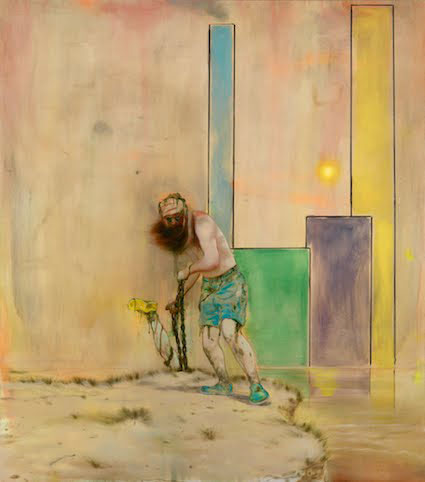 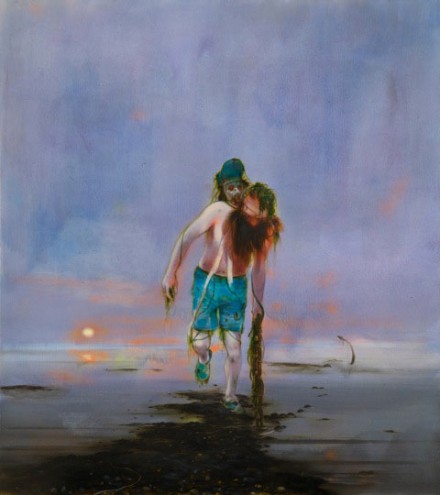 This entry was posted on Friday, January 21st, 2011 at 1:50 pm and is filed under Go See. You can follow any responses to this entry through the RSS 2.0 feed. You can leave a response, or trackback from your own site.