This evening’s Sotheby’s 60-lot auction of works from the collection of Geneva-based collector George Kostalitz brought in an astounding £93.5 million against a high presale estimate of £54 million. All sixty works were sold, and lot after lot exceeded expectations during the most exciting of this week’s auctions. Fetching £23 million against a high estimate of £9 million, Francis Bacon’s Three Studies for Portrait of Lucian Freud was the top lot and is believed to have been bought by Cologne-based dealer Alex Lachmann. 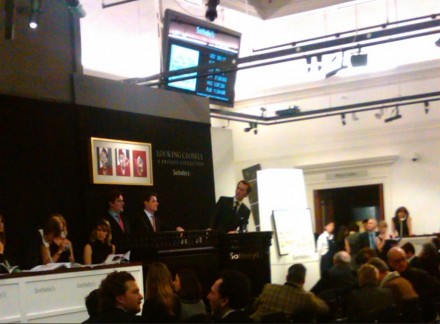 The other major sale of the evening was a Dali portrait of the poet Paul Eluard that smashed the artist record set at Christie’s the previous night. The 1929 Surrealist portrait sold for £13.5 million with fees, more than triple the £4.1 million paid for Dali’s Etude pour ‘Le miel est plus doux que le sang’ on Wednesday night.

A sign of things to come, a Julio González collage that opened the sale managed to achieve a price four times its high estimate in about 60 seconds. Works by the Spanish painter and sculptor were in demand all evening. All five González lots offered exceeded presale estimates, and all but one brought in at least twice the high estimate. A miniature self portrait by Lucian Freud was the sale’s highly anticipated cover lot. It was speedily bid up to £2 million before the hammer went down at £2.9 million (or £3.3 million with fees). 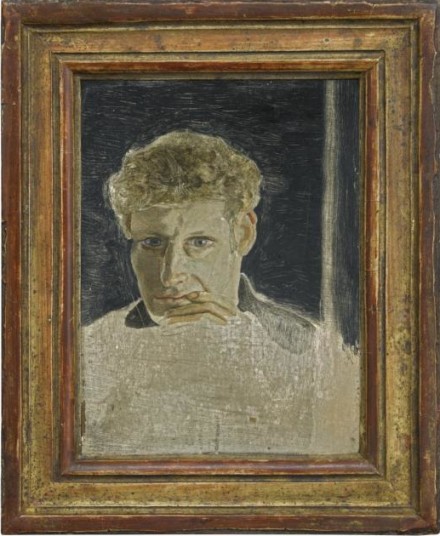 The results of this week’s Impressionist and Modern sales indicate that this sector of the market may have reached a plateau. The best pieces saw competitive bidding, but buyers are not spending liberally, or at all, for second or third tier works. On the other hand, both auction houses’ secondary auctions, which were boosted by Surrealist and Modern art offerings, outperformed the Impressionist and Modern sales and suggest that next week’s auctions of Post-War and Contemporary Art will be lively affairs. Check back for a preview of these auctions, and stay tuned for onsite results.

This entry was posted on Thursday, February 10th, 2011 at 8:02 pm and is filed under AO On Site, Art News, Auction Results. You can follow any responses to this entry through the RSS 2.0 feed. You can leave a response, or trackback from your own site.