AO OnSite – Philadelphia Museum of Art: Paris through the Window: Marc Chagall and his Circle, through July 10, 2011 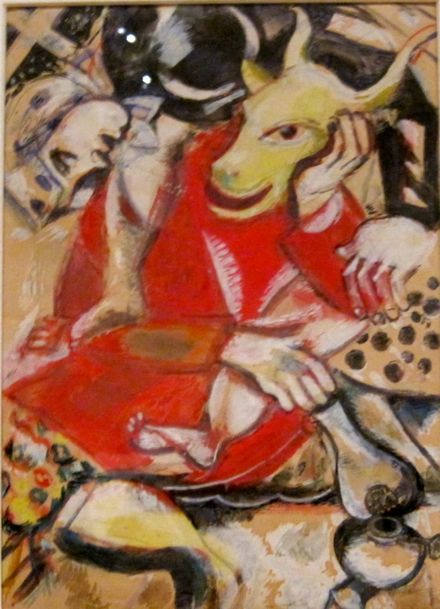 Marc Chagall, “To My Betrothed” (1913), at the Philadelphia Museum of Art. All pictures by Art Observed.

Art Observed was at PMA’s newest show, a celebration of Marc Chagall and his Paris contemporaries. The show encompasses 70 works in various media, including paint, sculpture, and paper, by the emigré artists of Paris.  Here are masterpieces by Modigliani, Kisling, Lipchitz, and Soutine, all set against and borne of La Ruche, a jumble of art studios in this early 20th-century community. As he did with the museum’s gorgeous Picasso show last year, PMA curator Michael Taylor recreates an artists’ colony, a whiff of nostalgia threaded throughout its galleries. 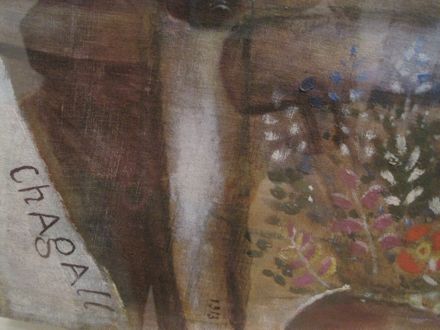 Detail, Marc Chagall’s “Paris through the Window” (1913) at Philadelphia Museum of Art. 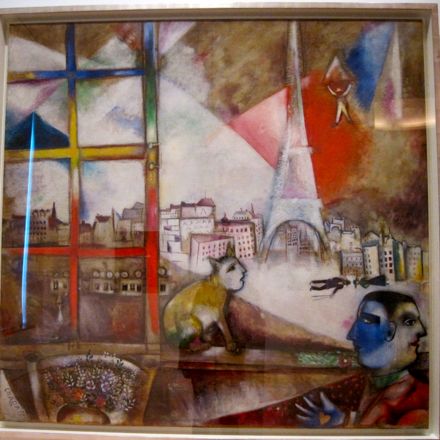 Marc Chagall, “Paris through the Window” (1913) at Philadelphia Museum of Art.

Housed in the Perelman building, “Paris through the Window” focuses less on Chagall than it does on Paris in the decades leading up to the second world war.  Or rather, Taylor shows visitors a war-torn Paris, framed always by Chagall and the Paris from which his work springs.  Accordingly, one of Chagall’s most famous paintings and the title work of the exhibition takes up a wall by itself in the exhibition’s first gallery. 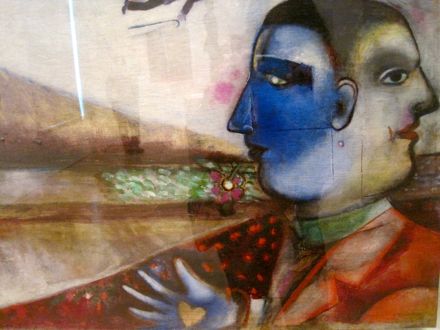 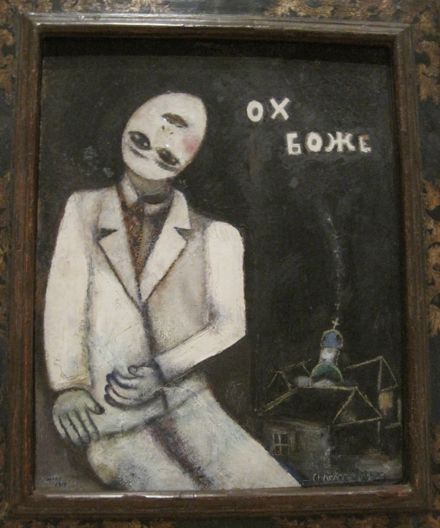 Some of the exhibition’s most arresting pieces are the ones that discuss Chagall’s Judaism, as it is in turn discussed by the politics that persecuted him and that pervade his pieces. “Oh God” (1919), above, reminiscent of Munch’s “The Scream” (1910), is both an epithet of and a cry for salvation, though God himself here may be just another perpetrator. This dichotomy appears again in “Purim” and “Man With Lulav” (both c. 1916-1917), which present classical Jewish images, in terms of — simultaneously — custom and stereotype. Taylor’s inclusion of “The Crucifixion” (1940), an interesting addition to a show containing mostly pieces completed between 1910 and 1920, further demonstrates the power that propaganda plays, and the sadness all throughout the exhibition. 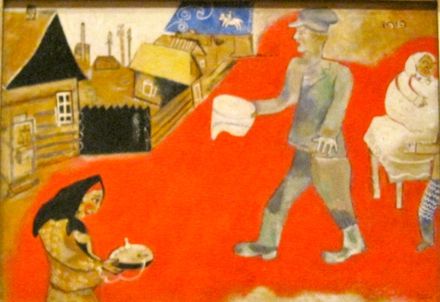 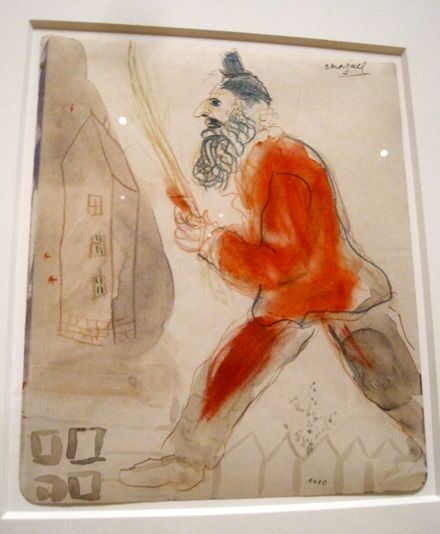 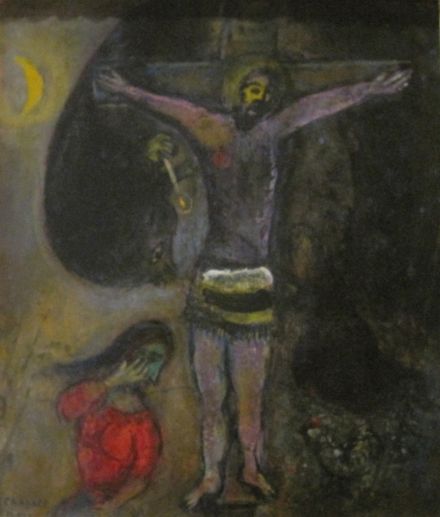 Chagall’s “The Crucifixion” (1940), at the Philadelphia Museum of Art.

Below, more from the Chagall show. 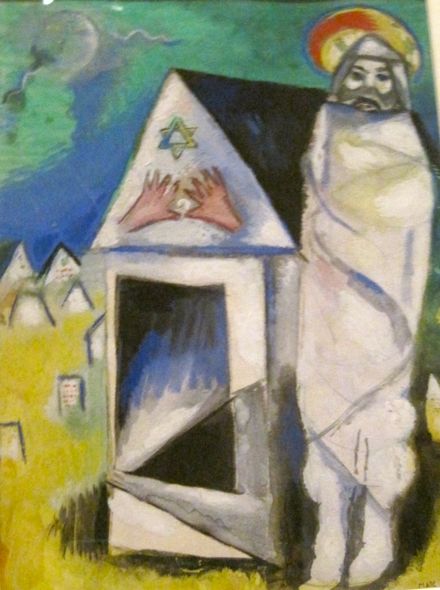 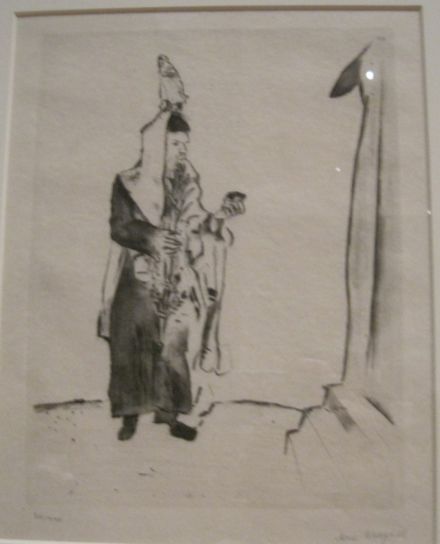 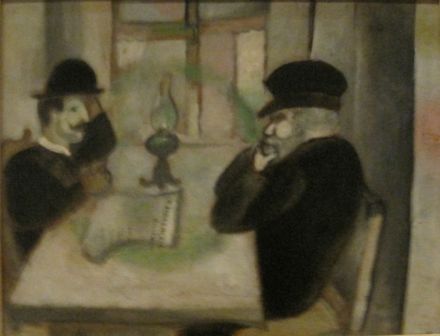 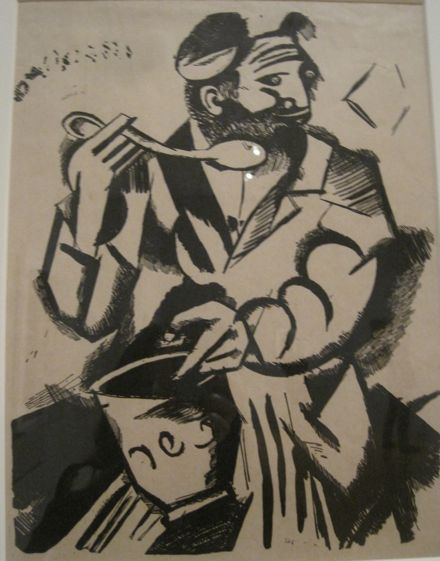 The exhibition is presented in conjunction with the Philadelphia International Festival of the Arts, as it presents “April in Paris” at the Kimmel Center. “Paris through the Window” also features Jules Pascin, Alexander Archipenko, Louis Marcoussis, Chana Orloff, Jules Pascin, Margit Pogany, and Ossip Zadkine, among others. The installation views below document this range, of artist and media in 20th-century Paris. 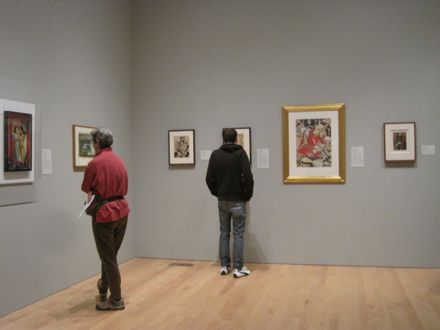 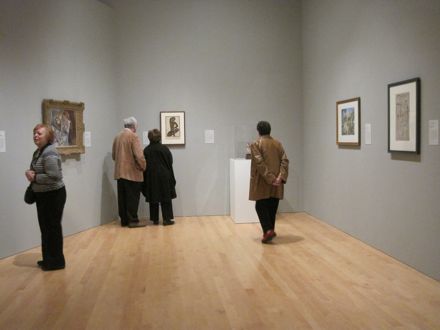 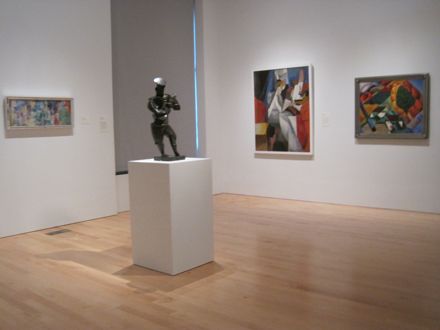 This entry was posted on Thursday, March 17th, 2011 at 12:05 am and is filed under Go See. You can follow any responses to this entry through the RSS 2.0 feed. You can leave a response, or trackback from your own site.